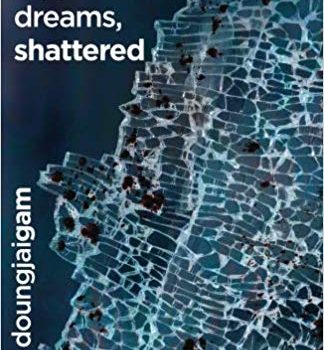 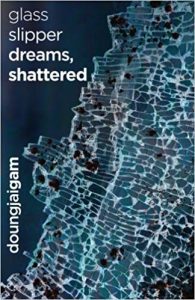 Many of the most famous examples of horror fiction are brief, from such campfire classics as “The Hook” to Poe’s “The Tell-Tale Heart”. (Even Shirley Jackson’s “The Lottery” falls on the shorter end of the spectrum.) Despite this, writing a truly effective short horror story, let alone one at flash fiction length, is a rock upon which many writers founder. Of those currently working the darker end of the literary spectrum, Matthew Bartlett has been among the few to write effective horror at shorter lengths. With her inaugural collection, glass slipper dreams, shattered, Doungjai Gam joins his company. Unlike Barlett’s plunges into unrestrained weirdness, however, Gam’s stories fall more towards the realist end of the horror spectrum, with only occasional detours into the fantastic. In lean prose, she presents crisis points, moments when a conflict has come to a head and subterranean impulses and/or situations erupt into plain view. The results have something of the O. Henry surprise ending to them (which offers its own, immediate pleasures), but the best combine this surface shock with a deeper emotional impact, so that they continue to detonate in the mind long after the page has been turned. “some animals eat their young” may be the strongest of the lot. In­spired by the writing of the late and sorely missed Jack Ketchum, it details a moment when a mother finds herself on the opposite side of a horrifying situation from her son, and the manner in which she chooses to deal with this dilemma. To describe the variety of ways in which the piece succeeds would require a significantly longer word count than that of the story itself; in this way, in the compression of its language and theme, “some animals eat their young” verges on poetry. It’s an excellent example of Gam’s skill as a writer, and of what makes this collection one to linger over.