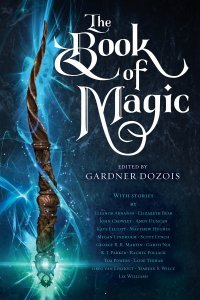 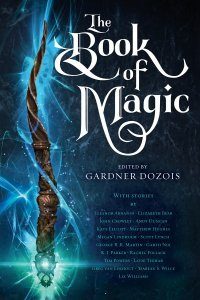 In his introduction to The Book of Magic, his follow-up to last year’s The Book of Swords, Gardner Dozois somehow manages to build an argu­ment comparing SFF magazines to the Great Smoky Mountains, which I will admit to being a notion I had not previously entertained. (Basically, he claims the magazines served like “cove forests” during the last Ice Age, preserving fantasy from “the glaciers of social realism.”) It’s the sort of comparison you could imagine him making as a raucous dinnertime provocation, but it’s presented here in the judicious tone of a knowledgeable editor, and it serves as a reminder that the various Gardners who were widely memorialized after his untimely death earlier this year were never really that far apart. He was always an impeccable scholar of the field, as well as a serious writer and antic entertainer, and each of his anthologies, including the astonishing 35 volumes of his year’s best annuals, seemed to have a particu­lar viewpoint, sometimes nudging the field in one direction or another, sometimes championing new perspectives, sometimes celebrating old traditions. He was like a really good bus driver, keeping us on the road while showing us new sights along the way.

Together with The Book of Swords, The Book of Magic invites us to rethink the basic idea of sword and sorcery by separating that cliché into its compo­nent parts. Here the focus is on varieties of sorcery, from Iceland and medieval Europe to contemporary Appalachia or New York (there’s surprisingly little representation of non-Western cultures). Since fan­tasy, more than other genres, tends to depend on elaborate worldbuilding, it’s not surprising that more than half of the 17 original stories here are set in worlds that the authors have already delineated elsewhere, sometimes with familiar characters from those settings. But the stories all work pretty well as standalones, so that, in addition to offering an entertaining tour of various fictional permutations of the theme, many of them can serve as appetizers for the contributors’ other work.

The opening selection, for example, is “The Return of the Pig”, which takes us into the faux-Renaissance world of much of K.J. Parker’s fic­tion, focusing on the Studium, a kind of Hogwarts for scoundrels. More importantly, it takes us into Parker’s uniquely comic voice, combining insouci­ant asides with moments of shocking violence as it describes the rivalry between three wizards for a vacant faculty position (it’s also an astute parody of academic politics). Similarly, Ysabeau Wilce’s “The Biography of a Bouncing Boy Terror: Chapter Two: Jumping Jack in Love” returns us to the Califa of her Flora Segunda novels in a manic caper involving her version of the thief Spring-Heeled Jack. Lavie Tidhar’s “Widow Maker” features his freelance gunslinger Gorel of Goliris, a cynical descendant of C.L. Moore and Robert E. Howard heroes, in a quest for an ultimate weapon which veers into what a first appears a version of Shangri-La (the story also plays with a few SFnal ideas, like “readouts” and “ground-to-dragon” missiles). Kate Elliott’s “Bloom” – the title refers to the sudden expression of supernatural powers in a young person – is set among the rival houses of her Spiritwalker novels, and makes what is probably the most ingenious feminist statement in the book, although Elizabeth Bear’s “No Work of Mine” features a delightful and very shrewd artificer named Bijou who gets involved in a rivalry among wizards when sloppy automatons mysteriously begin appearing on the market, pre­tending to be the work of one of the wizards.

A few of the stories feature more contemporary or even futuristic settings. Greg van Eekhout’s “The Wolf and the Manticore” is essentially an espionage tale, a prequel to his Daniel Blackland trilogy, set in a science fictional California in which Los Angeles is full of canals and the northern half of the state has gone to war with the southern half – but with the war conducted through wizardry and magic. Rachel Pollack’s “Song of Fire” does the most effective job of hardboiled noir, featuring her Paladin-like traveler-for-hire Jack Shade, who can shift between his native New York and various spirit realms, and who here gets involved with a Djinn for a client. Megan Lindholm’s “Community Service” also has a slightly comic hardboiled tone, but veers toward horror in a tale of a mysterious woman who steals years from people’s lives by eating their toys. It also serves as a useful reminder that Lindholm, especially in her work under that name, was among the pioneers of what was known as urban fantasy, before that term went all free-range. Andy Duncan, who has forged his own version of a kind of American vernacular high weird (see the review above), brings back his memorable and thoroughly enjoyable Pearleen Sunday from a couple of earlier tales in Dozois’s anthologies, here enlisted to help out a self-satisfied dandy who finds himself “loconauted,” or trapped in a kind of timeloop bouncing him from one location to another – each attached to a local devil legend (the Devil’s chair, the Devil’s crossroads, etc.) in a tale which is not only raucously entertaining but provides a kind of mini-tour of Duncanland as well.

There’s also an element of horror in Tim Powers’s surprisingly touching “The Governor”, whose title takes on a chilling meaning in a tale of an overprotec­tive wizard and his apparently mentally challenged son, set in his magic-drenched contemporary version of Hollywood. Perhaps the most original mix of SF and fantasy is Liz Williams’s “Sungrazer”, whose narrator is both an astronomer and a magician, and who finds himself dealing with a hazardous comet approaching Earth. It has a surprising but satisfying conclusion. In a similar exercise in genre-synergy, Scott Lynch’s “The Fall and Rise of the House of the Wizard Malkuril” begins with the death of the title wizard and then focuses on how the “housemind” and resident kobolds deal with this over the coming years; it’s easy to read the whole thing as a fantasia on Bradbury’s “There Will Come Soft Rains”, with the kobolds as dutiful robots and the house itself as an artificial intelligence becoming self-aware. Mov­ing into the more distant future, George R.R. Martin sets his 2009 reprint “A Night at the Tarn House” from Songs of the Dying Earth in Jack Vance’s Dying Earth, which virtually defined a subset of fantasy so far in the future that we can’t quite be sure what’s magic and what isn’t. The tale, again with elements of horror and grotesquerie – it conveys a visceral sense of decay and hopelessness – involves three wizards who find themselves thrown together at the singularly unappetizing remote inn of the title.

Four stories struck me as particularly elegant in the telling. Not surprisingly, one is John Crowley’s “Flint and Mirror”, presented as a newly discovered manuscript fragment of the novelist Fellowes Kraft from his Aegypt series, which draws on actual Eu­ropean history, featuring the young Hugh O’Neill (later an Irish lord), Sir William Sidney, and the Tudor conquest of Ireland, but plays out against this background a haunting tale involving the Elizabethan alchemist Dr. John Dee and a magical reflective stone. Eleanor Arnason’s “Loft the Sorcerer”, an 18th cen­tury Icelandic folktale of the sort that made up her Hidden Folk collection a few years ago, combines the narrative directness of the true folktale with some pointed observations about toxic gender attitudes in the story of an ambitious young sorcerer captured by a troll maiden. Similarly, Garth Nix’s “The Staff in the Stone” achieves the circumscribed tone of a local legend in telling of an itinerant magician trying to solve the puzzle of a totemic obelisk in which is embedded a sorcerer’s staff. Finally, Matt Hughes’s witty “The Friends of Masquelayne the Incompa­rable” (the title turns out to be pretty ironic) tells of a self-absorbed and rapacious thaumaturge who comes up against a lesser known but shrewd magician named Poodlebrim. As is true of several of the characters we meet in these tales, Masquelayne may remind us of a few contemporary politicians, but then the key to good fantasy – as Dozois clearly knows from his selections here – is how it holds a funhouse mirror up to faces that we recognize all too well. The Book of Magic is a terrific example of Dozois’s flawless eye for such tales, and a sad sign of what we’ll be missing. 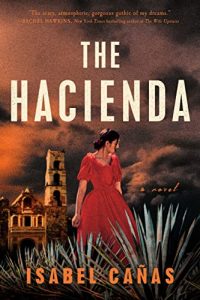