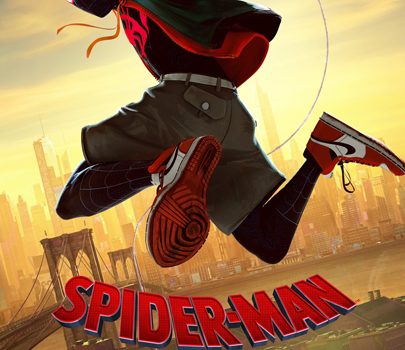 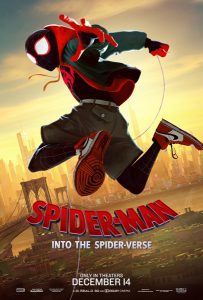 Teenager Miles Morales (Shameik Moore) is bitten by a radioactive spider and then develops superhuman abilities. Struggling to control and understand his powers, he returns to the underground site where he was bitten. He stumbles upon Wilson Fisk/The Kingpin (Liev Schreiber) and his lackeys hatching a diabolical plan. Peter Parker/Spider-Man (Chris Pine) shows up to stop Kingpin and when he runs into Miles he realizes that Miles is “just like him.” After the battle, Parker/Spider-Man encourages Miles to take up the Spider-Man mask, promising to teach him the ways of superheroing. The plan is cut short when Parker is killed. Miles must face the questions and threats of his future alone — until more versions of Spider-Man from alternate realities start showing up.

Arley: Even from the beginning, the Columbia logo glitching and the effects of it, you know this movie is something different and interesting.

Josh: The best parts of the movie were the characters, the humor which was non-stop and intelligent, and the visual effects.

Arley: This movie is so good that even though you know the basic plot-points of a Spider-Man story (and everyone knows the basic Spider-Man plot) it’s still massively entertaining.

Josh: It’s basically a simple plot, but there’s so much going on that’s entertaining. The level of self-deprecation and self-reference is what I feel like Deadpool is trying to do, but this is so much better. It has all the meta commentary without relying on dirty jokes. It has an actual story with heart and characters you care about.

The cast delivers an all-star performance, with voice-acting matching the quality of the animation in regards to physicality and emotive expression: comic-book-like when wanted; simple, poignant, and powerful when warranted. The animation style is cool and vibrant, not to mention clever, utilizing a blend of techniques to impressive effect.

Arley: There’s nobody unnecessary, everyone fills their story-role so well, even the (nameless) roommate (who has no dialogue). Now that I think about it, I don’t know about Peni Parker (Kimiko Glenn). I feel like she was underutilized.

Josh: I thought she was cool because she reminded me of Ghost in the Shell‘s tachikoma. I didn’t know anything about the other spider people but I was interested in learning more about all of them, except maybe Spider-Ham (John Mulaney).

Arley: And you’re watching a comic book so your brain knows this is not real. Which is the only way it works to have different types of animation come together. If this had been live action or tried to take itself too seriously too constantly it would have been a failure.

Josh: The absurdity would have been jarring. Okay, let’s talk about Miles. I liked Miles because he’s so relatable. Like when he’s throwing up stickers — I used to do that in high school.

Arley: Yeah, me too.

Josh: They undercut so many expectations in this movie. When the cop car comes up on him and it turns out to be his dad. And when he gets bitten by the spider and just slaps it away.

Arley: The build up to that was brilliant. They really did the Alfred Hitchcock thing with the bomb under the table, except that you know for a fact what will happen here, that the bomb is going to explode, and yet the build-up they create, the suspense of the moment is so intense.

Josh: I liked Peter B. Parker except I kept getting distracted by recognizing Jake Johnson’s voice. Johnson’s a total dork. Which kinda fits because Peter Parker is supposed to be a nerd.

Arley: I like what they did with his character: he’s out of shape, a loser, kind of a hobo. Spider-Gwen on the other hand: I was analyzing this from a feminist perspective because she dies in the original universe and thereby motivates Spider-Man but in here she saves Spider-Man… I think she saves the guys twice? But she also gets saved… (Sighs) And whenever I see a woman getting saved by a man I get suspicious—is this character only in this movie to get saved by the man? But I ended up feeling like she is a realized character in her own right… (Pauses)

Josh: Interesting that everyone got fridged in someone’s universe, even though they’re all standing right there.

Arley: I feel like this is a film that demonstrates diversity without being like, “Hey! We’re SO diverse you guys!” Heroes and characters that matter can be from any class, any background, and it can make sense, because this is what the world looks like.

Solid writing brings to life what might otherwise be a well-trod, tired story. Unlike many rehash movies, changes and tweaks enhance the story, lending enough novelty to make something so familiar seem fresh. Events have purpose. Scenes happen for good reasons. Dialogue is witty in the right places, but always approachable and believable. Decisions make sense, reactions and emotions play out in the ways they should, and exchanges feel natural but engaging.

Arley: I like that they kind of assume that the audience knows who Spider-Man is. Whenever they reboot comic books they focus too much on a long origin storyline. They don’t have enough room left so they only have one lame supervillain. In this movie they have multiple supervillains and bad guys. They just throw them in there without an overabundance of backstory because that’s how comics really are. Also I like their choices of supervillains and how they utilize them.

Josh: It was funny when they were showing Fisk’s backstory because he’s drawn as such a cartoonishly, inhumanly shaped person, so the clash of showing him in family portraits was like Gru in Despicable Me.

Arley: His family story was the most trite part of the movie. But in a movie this good, that laziness or convenience can be forgiven.

Josh: In any other superhero movie, those “low” points would have been highlights.

Arley: There’s one part where they almost broke my belief in the world, I was waiting for a damn good explanation for something a character had managed to do (details redacted to avoid spoiler). And they gave us one.

Josh: There was a line: “I’m the only one standing between this city and oblivion.” What about the police and the justice system? I actually thought the movie was going to talk about this idea and develop it a bit more than they did, especially since Miles’s dad is a cop. But in the end this is a light-hearted comic book movie, not some deep think piece, and so instead we get to watch a bunch of amazing fight scenes.

Arley: OH, the action was amazing! It wasn’t dumbed down. It’s like — this is how two people at this power level would fight. Hard. Fast.

Josh: It was a very physical movie, with a lot of things conveyed through body language. The visuals were incredible: collider effects, the glitching, the colors, the lighting. At almost every scene I was like, this looks so good.

Josh: That was probably the best shot of the whole movie. He’s vulnerable and then he comes into his power right then. The Stan Lee cameo was also really nice. They must have finished this before he died, so when he said, about Peter Parker, “I’m gonna miss him. We were friends, you know,” it felt like the film makers were talking about Stan Lee.

Arley: There’s only one thing that bothered me which probably won’t bother a lot of other people. Or, distracted me, at least. All of the Spider-People were like, I’m the only one that can save the city, which isn’t true because there are other superheroes. I mean, this is a rights thing, as you have mentioned before. Because of rights, we have to pretend like the Avengers, the Defenders, and so on, all of them don’t exist. But we know they do. And for each Spider-Person world? They are absent in all these worlds? No.

Josh: I do like that they’re taking a comic book movie and making it more science fiction. This was the best Spider-Man movie.

Arley: The best by Miles. Morales. 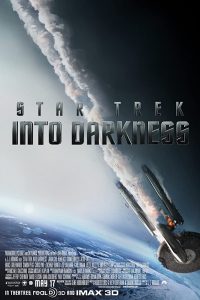 Heroes and Villains: A Review of Star Trek into Darkness 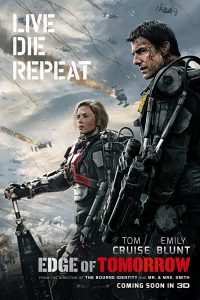 “If You Get It Wrong, You’ll Get It Right Next Time”: A Review of Edge of Tomorrow 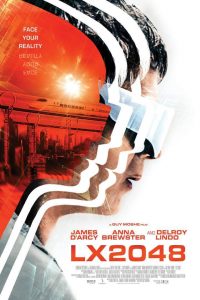 You Gotta Kill the Person You Were Born to Be: Josh Pearce and Arley Sorg Discuss LX 2048 with Bonus Film The Speed of Time