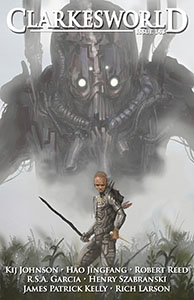 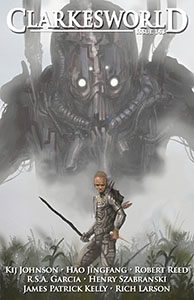 Clarkesworld in August starts out with a story that’s an entrant in that evergreen subgenre: “unfathomable alien technology.” In “The Veilonaut’s Dream” by Henry Szabranski, the veilonauts are those willing to risk darting through the Discontinuity, randomly occurring portals into other times/places/universes with no way home if the portal closes – and at risk of being sliced in half if it closes at the wrong time. Mads is an older veilonaut (a rarity) who has recently lost her part­ner. When she finds herself in a crisis, she comes to find a different relationship with the Discontinuity. I liked the relationships between Mads and the younger veilonauts as well as the synchronicity between her relationship with her partner and with the Discontinuity. “The Anchorite Awakens” by R.S.A. Garcia, by contrast, starts off with only a hint of anything speculative but slowly grows weirder and weirder. Sister Nadine is slowly awakening, learning more about the small town in which she finds herself, its people, and then her very unusual role in a festival called Harvest Day. Difficult to describe without venturing into spoiler territory, the story has a lovely voice and pacing that draws out both grounding details and unforeseen strangeness.

The next two stories are by veteran authors. “Kingfisher” by Robert Reed is a story of the immensities of time and space. The titular charac­ter has been chasing a female figure of obsession for eons, despite occasional recesses of twenty thousand years or so. Voyaging across a seemingly infinite icy landscape, he comes across a gigantic moving City. The characters he meets are all fan­tastically imagined types who might inhabit such a world, sharing some of the infinitely storyable characteristics of his Marrow universe. Told in mythic terms, Kingfisher comes tantalizingly close to his objective before being slingshotted out in a different direction. Kij Johnson‘s “The Privi­lege of the Happy Ending” uses another type of journey narrative, featuring Ada and her talking chicken Blanche (and if that reminds you of Doro­thy and Billina in Ozma of Oz that’s no accident). Ada is only six, so Blanche is the main protagonist as a horde of monsters overruns the land, devouring every being they can find. Surviving in the fantasy equivalent of a post-disaster world, Blanche and Ada wander through several groups that accept or reject them, finally bringing the confrontation to a head. All the while the narrator offers asides to the audience, mentioning the off-stage destinies of minor characters as commentary on our readerly expectations for the “main” characters versus everyone else. It’s tight, tart, and insightful as Johnson’s short fiction is at its best.

Last, award-winner Hao Jingfang brings us “The Loneliest Ward” (translated by Ken Liu). Two nurses care for comatose patients who appear to be victims of a psychological epidemic. Nurse Qina is unpleasant and shallow, constantly play­ing social media in the midst of possibly breaking up with her boyfriend. Auntie Han, by contrast, is conscientious and methodical, researching the condition and caring diligently for her patients. At the end we get the contrast between the sad picture of the patients in bed and what we learn is going on inside their heads – and just how much more at­tractive/addictive a purely social media-mediated world might be.

Fiyah #7 appeared in the summer and focused on the theme of music. Two stories and one poem harken back to the Jazz era of the 1940s/50s. The poem “Ella Hour” by Uche Ogbuji captures the rhythms of jazz and scat particularly effectively and I recommend it to you, poetry lover or no. “Yard Dog” by Tade Thompson features two immortals and the decidedly mortal humans who get caught up in their wake – I love a story that plays out the consequences of a brush with the supernatural as long as this one does. “Sister Rosetta Tharpe and Memphis Minnie Sing the Stumps Down Good” by LaShawn M. Wanak paints an alternate history of 1940s Chicago where the two titular musicians have been co-opted into an effort to control a weirdly disturbing spore infestation that can only be affected by particular singers. Music is tightly controlled, but Minnie encourages Sister Tharpe to start attending an underground club. In the end they discover proper­ties of the spores that the authorities were trying to hide, and these heroes with vastly different musical styles and backgrounds work together to do the right thing. This is one of those stories that had me searching Wikipedia to get more depth on the characters and context of the story, one of my favorite things to do. Another story that I suspect people will find particularly enjoyable is “The Percivals: The Bennett Benefit” by Eboni J. Dunbar. Going back to the 19th century, two black women are touring as a diva singer and her bodyguard while on the lookout for nests of vam­pires. They’re invited to the Bennett’s because Mr. Bennett knew their late husbands and suspects his brother has been turned. What should have been a routine performance and extermination turns into a much more deadly affair. In the world of Pride and Prejudice and Zombies, this is a delightful black, queer, poly take on the trope of Regency vampire hunters.

Future Tense is part of Slate‘s Technology section that features monthly SFnal short stories. In the third quarter they are focusing on sports, which brings us “The Starfish Girl” by Maureen McHugh. Jinky is a champion gymnast who suf­fered a career-ending, paralyzing accident. She was healed using therapies involving regenerative starfish DNA and an immense amount of work. As she awaits a ruling by the sport’s ruling body on whether or not she can return to competition, she befriends a Russian gymnast who has also had in­juries repaired by stem cell therapies. The relation­ship between the two in a situation of competition and camaraderie, as well as their relationship with media and social media, is all very well drawn, and anyone who has been following the steroid and gender-definition rulings of today’s sports bodies know that these kinds of controversies are only a few minutes away. No hard and fast answers to be found here, but a deeply human story.

Issue #67 of Abyss & Apex dropped in July. Slanted towards science fiction this quarter, I especially appreciated “Call Me Fang” by Tom D. Wright and “Ice Monarch” by Michèle Laframboise. “Call Me Fang” enters the subgenre of uplifted and independent animals: in this case Fang is an ex-Army dog. He sets himself up as an private investigator, the internet allowing almost perfect anonymity. The case of a potential runaway girl puts his canine skills to good use, but also reminds him (and us) of the importance of real, empathetic connections with other beings. “Ice Monarch” takes place on a post-climate change Earth where the rich have carved out habitats for themselves filled with genetically modified vassals. One such is the narrator, once a climate change activist voluntarily turned into a cyborg butterfly, who can roam the Earth for days at a time searching for whatever his boss commands. “When I became a butterfly, it was with my eyes open…. I lost my eyes, of course.” After running down a servant trying to escape, the scout finds a village of people making their own way and has to decide what to report back. This story does an excellent job of balanc­ing the power dynamics, technological advances, and human stories that will shape the world in the next century.

In September Fireside Magazine offers one longer short story among a few flash pieces. “The Un­usual Customer” by Innocent Chizaram Ilo is a lovely story about a daughter assisting her mother in a restaurant in an African fantasy landscape, then encountering a magical being who claims to be her father. I appreciated all the mundane details of the restaurant and the business, but especially the way that the magical being is dealt with and the revelation of the daughter’s legacy. A very empowering story.

In August GigaNotoSaurus gives us “Chrysalis in Sunlight” by Sarena Ulibarri. A woman suffer­ing from chronic pain cares for her military-veteran aunt who was exposed to harmful microbes during an alien invasion. The aftereffects are long-lasting and unpredictable. When they need to fly to Cali­fornia, something very like PTSD flares up in her aunt and they end up on a road trip as the aunt and other sufferers are starting to become encased in webbing they are growing. What emerges from the chrysalis is not what anyone expects. I appreciated the deep sense of living with different kinds of chronic conditions. 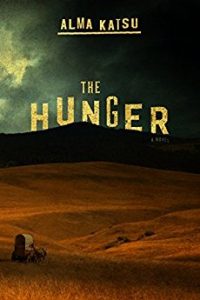 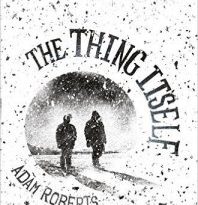 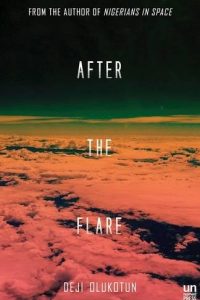