This is the time of year when I’m astounded at how many of my peers have made the event rounds at various conventions and festivals this year and still had time to, you know, write books. And pay bills.

The vast majority of events in my career – and certainly every event early in my career – were and are self-funded. Even when I was invited as a participant to a local conference or fan-run convention, the most I could hope for was that the events waived my registration fee in exchange for doing their pro­gramming for free.

Fan-run conventions are, of course, different than for-profit events, but I’ve seen for-profit comic conventions and literary festivals stiff their participants, too. This is usually because they are also running their convention largely on volunteer labor compensated with convention badges. Run­ning these types of events is both hugely expensive (renting convention center space alone can cost tens of thousands of dollars) and massively time-consuming. And yet, while I have great respect for anyone who attempts to organize an event like this, I also can’t help but compare the vast differences between well-run events and events that treat at­tendees and guests like garbage.

Running events isn’t for everyone, and it cer­tainly isn’t going to give a guest who isn’t already a household name any kind of return on investment.

On occasion – for events you’re invited to that your publisher likes, or if your books are doing well or are forecasted to do well – your publisher may pick up some of these costs. I had a publisher cover a couple nights at a hotel in Chicago for me once where I was giving a talk, and in Spain, my Spanish publisher partnered with local literary event Celsius 232 to cover 98% of my expenses for what amounted to a nine-day, three-city Spanish book tour where we actually moved a few books.

I have never had an event go more smoothly than that complex, three-city trip, which included multiple plane rides, shuttles, three different events, and at least a dozen media interviews. The coordination between my publisher and the Celsius 232 organizers ran so seamlessly I admit it took my breath away. This was especially important for me, as a guest, because I don’t speak a word of Spanish. That trip could have been an exhausting disaster, and instead, I think of it fondly as one of the best traveling and event experiences I’ve ever had.

This level of planning and cooperation isn’t something I’ve experienced much with US events. The Celsius 232 festival was even free for guests, which meant I saw far more young people and families in attendance than at any US event I’ve been to; they are a vital demographic that pretty much every literary guest wants to reach. This was accomplished largely through government arts funding and sponsorships, as well as the generous time provided by the directors and volunteer staff. It showed me that there’s a different way we can handle events in the US, one that is open and welcoming and professional.

One of the differences between events overseas and in the US, for me, has been the care and attentiveness to both guests and attendees. At a lot of US conventions, I often feel like the public and lesser-known panel participants are somehow inconveniencing the convention committee’s private party with a handful of bestselling authors. I mean, if you want to have a private party with your friends, by all means have one! Just don’t say it’s open and accessible if it’s not, and, hey, maybe don’t run one with “World” in the title.

I was recently a guest of honor at the Sirens Conference in Beaver Creek CO, which also did an admirable job of breaking down walls between guests, participants, and attendees. The conference was so intimate, and everyone so welcoming, that I never worried too much about having a lack of things to say or confusion about what was expected of me and where I needed to be when. While the altitude was a little much for a few of us, the company and well-organized schedule were fabulous.

These sorts of well-run events don’t happen by accident. They are not organized by elves. They are the end result of countless volunteer hours by people who are powered by their passion for creating a specific kind of event.

Whenever a US convention is critiqued for a lack of organization, communication, or accessibility, or for how it treats guests or attendees, they tend to run with the same defensive excuses: they are volunteers, organizing is hard, there is lots of con­com drama, these aren’t professional events! Why are you expecting professional treatment?

I’d flip that around and ask people what exactly they are running these events for – what’s their purpose? What’s the point? Is it a personal party, or are you trying to change the world?

When I spoke with one of the organizers of Cel­sius 232, Diego García Cruz, he shared his belief that reading ultimately made people better citizens. That was part of his driving passion for being part of organizing the conference with co-directors Jorge Iván Argiz Reboiro and Cristina Macía, who founded the festival.

If you, personally, don’t have a cool mission like that – what’s the point?

In his book, So Good They Can’t Ignore You, Cal Newport argues that some of the world’s most happy and successful people choose careers which are driven by a personal mission. These missions don’t spring full-formed from their brains at age 20 or 30. Instead, these people explore, define, and refine their missions throughout their careers. They come back to their missions when they feel they have achieved a significant goal or mile­stone, and adjust them as necessary. It is this mission that keeps them focused and drives them forward throughout their lives.

Missions give them purpose. Purpose gets shit done.

I think a lot about how much more fulfilling our lives are when we have a personal mission. I have written before about how nihilism is the greatest enemy of progress. We live in an increasingly cynical world that tells us that caring too much about someone or something is a weakness or a flaw in one’s character. Greed and cruelty are celebrated. We’ve seen what kind of world the celebration of greed and cruelty has given us.

But participating in and creating mission-driven events, doing creative work that means something to you, and finding a profound passion that drives all you do are also the greatest ways to combat this slide toward nihilism. It leads you to a more fulfilling life.

What is your event’s mission? What is your personal mission? If you’re just in it for the status or the clicks, what’s the point?

The truth is that each of us has a finite amount of time on this earth. And when we’re gone, all that’s left of us is the legacy that we leave behind and the lives we’d touched and transformed. Invest that time in creating things that you love, and promoting and organizing them with professionalism and passion. If you are driven by a personal mission, you are less likely to rely on excuses. “Oh, we can’t do that because….” Instead, you seek solutions. You cultivate compassion and kindness for participants, guests, and attendees. You focus on making this world just a little bit better, one event at a time.

The future will thank you for it. 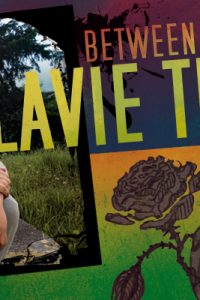