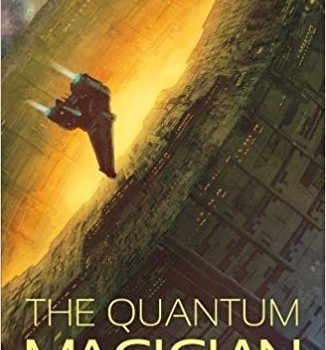 I’ve never worried about the future over some Terminator scenario, although I will admit that the Boston Dynamics dog creeps me out. My concerns about the future my son will inhabit are a bit more mundane, mostly on the technological labour market disruptions.

AI and robotics are poised to drastically reduce a number of labour market needs in the next 10-30 years. Everything from car and truck drivers, to airplane pilots, to some doctors, some teachers, bookkeepers, a great deal of workers in manufacturing and primary industries like logging and agriculture, all the way to middle-management and dispatcher/coordination positions. Those just won’t need people because AIs paired with robots will be able to do as well or better than humans. Any job that is essentially algorithm-based, and even parts of jobs that are algorithm-based will be replaceable. How many jobs are we talking about losing? Fifty percent? Eighty percent?

My first exposure to this was about five years ago, through the public documents of the Canadian public service foresight group Policy Horizons. I was looking at these foresight reports to feed policy thinking, but my first reaction was a bit of more personal horror. What will my son do to make a living? Even many university-educated jobs are going to be vulnerable not long after he hits the labour force. And this is after several decades of labour market restructuring in the west—basically the loss of manufacturing jobs in my neck of the woods. It’s easy to see why things will change.

AIs made to recognize faces and robots programed to drive across rough terrain could in ten to twenty years drive across northern Quebec, chopping down trees, trimming them and hauling them off in driverless flatbeds, followed by swarms of reforestation robots. No humans required. Robots are already involved in the management of cattle and poultry under the guidance of humans. But it won’t be long before AIs can do as well from the time to egg is laid to the time drumsticks and chicken wings are sitting on store shelves. Synthetic medicine and bioreactors might even short-circuit a lot of the animal side of food production with artificial meats that taste and look as good as the real thing, all run by robots and AIs.

This is an appealing vision, but where are we in it? I’m not trying to fear-monger. I am actually asking. Affluence and standard of living has historically been attached to the production of things, and the jobs that produce things that people want. So what happens when the world doesn’t need people to produce things?

The first response that the current economic model leads to dystopia—many workers will have no work and no livelihood. That’s been well-trodden by many works of science fiction. The second response is that the wealth of automated and AI-run labour might be distributed to everyone in a society; labour becomes disentangled from income. We were shown the mature form of this idea in Star Trek, but with little hint of how to get from here to there, or solid suggestions of what people actually do with their lives in a world of plenty.

Some jurisdictions are already experimenting with Universal Basic Income systems with varying results. Ontario did a short experiment of giving people an income equal to 3/4 of the Canadian poverty line, and some calculations say that it would cost about $43B Canadian to expand the program across Canada. Silicon Valley and Finland have been trying different permutations to see what happens. Hawaii, with its large service sector, is also examining UBI, as is China, whose economy already operates on some pretty different assumptions.

These are all early experiments, but if the need for human labour plummets, we need to restructure our economies. We can imagine a number of different systems. Maybe the state will have to own the robot and AI manufacturing and production, and distribute the wealth from that. Maybe private ownership of manufacturing robots and AI is best, with distribution of wealth via taxes. Or maybe some middle ground would have the best set of incentives.

Ultimately, this is a political and governance question. Our economies are set up by our laws. We elect representatives to speak for us, to solve problems in the present and in the future, and to legislate. All things considered, I wonder if I should suggest to my son that we’re going to need far-thinking political leaders to guide us through the next few decades, so that maybe the best career for him is politics?

Derek Künsken has built genetically engineered viruses, worked with street children and refugees in Latin America, served as a Canadian diplomat, and, most importantly, taught his son about super-heroes and science. His short fiction has appeared in Analog Science Fiction and Fact, Beneath Ceaseless Skies and multiple times in Asimov’s Science Fiction. His stories have been adapted into audio podcasts, reprinted in various Year’s Best anthologies, and translated into multiple languages. They have also been short-listed for various awards, and won the Asimov’s Readers’ Award in 2013. The Quantum Magician is his first full length novel and has been translated into Mandarin and is soon to be translated into French. He tweets from @derekkunsken, blogs at BlackGate.com, and makes his internet home at DerekKunsken.com.

One thought on “Derek Kunsken Guest Post—”Whither Go Labor and Workers with AI and Robots?””