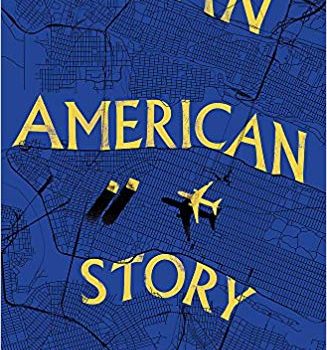 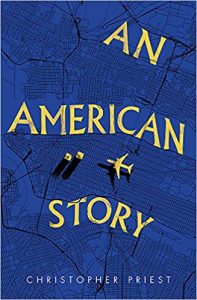 The first thing you notice is the title: An American Story. For almost 40 years, Christopher Priest has followed the same structure for the titles of practi­cally all of his novels: The X, where X is an often very oblique reference to what follows. What was affirmed in The Affirmation; what was gradual in The Gradual? The new title, in contrast, is about as unambiguous as you could wish; what, after all, is a more American story than 9/11? What is more significant is the shift from the definite to the in­definite article. That confident “The” in the earlier novels told us to trust the protagonist’s perceptions; even though the world was ripped from under our feet, this was still the truth as they saw it. Now there is a much less confident “An,” prompting us to recognize that here no one is sure of the truth, no one is certain of anything, particularly not the protagonist.

The protagonist in this instance is Ben Matson, a science journalist living (as Priest now does) on the Scottish island of Bute. It is the near future, somewhen indefinite but no more than a handful of years from now; following Brexit, Scotland is now independent and has rejoined the EU. Scotland is therefore a more open and advanced society, while England, seen on Ben’s occasional business trips to London, is restrictive and inward-turning. This, however, is mere background, because the focus of the novel is more upon American incursions into Britain, both personal and political.

Back in 2000, on a trip to New York, Ben had met and fallen in love with a woman called Lil. Although the love was mutual, there were still mysteries about Lil. She was, she told him, seek­ing a divorce from her husband, a shadowy figure called Martin Viklund who has an unspecified but senior position at the Defence Department (though Ben later discovers that Lil’s family knows nothing about Viklund).

Eventually, Viklund summons Lil to an urgent meeting in California, then changes it to Washington, then initially forbids her to fly the next day, Tuesday, then finally relents and arranges a seat for her on a flight from Dulles to California. Shortly after take-off, the plane is flown at high speed into the Pentagon, killing everyone on board. Ben, himself en route to California to meet up with Lil, finds his flight diverted to Columbus, Ohio, and there watches the events of the day on an endless loop on the airport television.

Although Ben knows that Lil is dead, there are still doubts. Her name, for instance, does not appear on any of the passenger manifests. And the more he probes, the more discrepancies he discovers: the structural engineer who tells him that the impact of the planes could not have caused the towers to collapse as they did; the way that the flight record­ers were damaged as no other flight recorder has been, before or since. He becomes, as it were, a connoisseur of conspiracy theories. Priest has used conspiracy theories before in his fiction, for instance in The Separation, as a way of drawing attention to the instability of the perceived world; but here such a conspiracy becomes central to the whole novel.

Questions about 9/11 continue to haunt Ben over the years, but then two news stories on the same day bring it all back to him. The first is the discovery of a wreck off the Atlantic coast of America. At first this appears to be a plane, but then the US authori­ties abruptly send away the news crews covering the story and announce that it is actually a World War II wreck. When, in time, Ben unexpectedly has an opportunity to examine the wreckage, he discovers a jet bead that he had given to Lil.

The other story is the death of acclaimed math­ematician Kyril Tatarov. Ben had met Tatarov twice, the second time when Tatarov had supposedly disappeared but was actually working at a secret American installation set up in a former health hydro (a kind of day spa) on Bute. Tatarov’s work involved finding a mathematical application of the Thomas Theorem in sociology, which states that, “If people define situations as real, they are real in their consequences. In other words, the interpreta­tion of a situation causes the action.” This work, as Tatarov cheerfully informs Ben, is being used by the US government in a project to use social media as a way of manipulating memory, to make facts malleable, to change what we recall of the past in order to control the future.

This central notion ripples out throughout the rest of the novel. In large and small ways we con­stantly see memories being distorted, perceptions of the past being overturned. These changes are not always reliable: when Ben actually meets Viklund, Viklund flatly denies everything that Lil had ever said, though we cannot be sure whether we should believe anything Viklund says; when Ben’s mother-in-law, Lucinda, vividly recalls meeting Lil five years after 9/11, we have to recognize that Lucinda, at this stage, is far from lucid. Cumulatively, though, and in typically Priestian fashion, the solidity of the world is dissolved, all becomes subject to doubt; it may well be that nobody is lying to us, but at the same time nobody can be trusted.

Structurally, Priest replicates the fragmentation of memory with a device he has used consistently since his second novel, Fugue for a Darkening Island: he fragments the narrative. We move rest­lessly from now to then, backwards and forwards in time. Holding the story together depends, of course, upon our own memory, but that is testing. There is always the question: did this come before or after that? Is the film discussed here congruent with the way it was described there? As so often with Priest’s work, we close the book not entirely sure what is real, whether we can rely on the truth of anything.

On the surface, An American Story seems like one of Priest’s most straightforward narratives, but underneath the surface it is brilliantly constructed, cleverly contrived to fox our memories, so you end the novel trying to puzzle out what it was you just read. 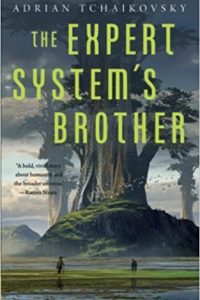 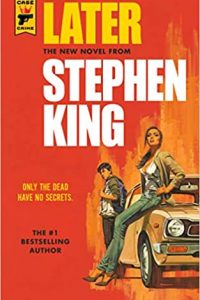 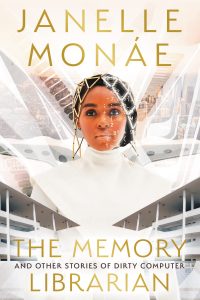