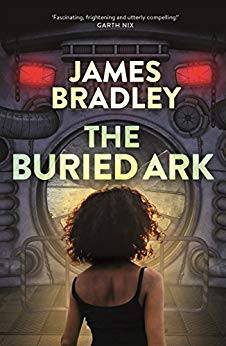 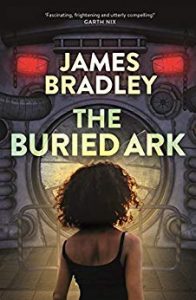 James Bradley’s The Buried Ark begins where the first book of The Change, The Silent Invasion, ends: Callie is lost in the Zone, confused and frightened until she hears the impossible voice of her father say her name. For those of you who haven’t read The Silent Invasion (you really should because it’s terrific), the Zone is a quarantined area enveloping most of Queensland (sunshine state no more) where spores from outer space have taken hold of the environment, mutating anything organic, includ­ing and especially humans. Those infected by the spores – referred to as the Changed – lose their individuality, becoming part of a hive mind. The Change has transformed Callie’s sister Grace, her boyfriend Matt, and her father. This is why his presence in the Zone, his calling out her name, is impossible. Callie’s father should either be dead or his personality subsumed by an alien consciousness.

A suspicious Callie questions her father, want­ing to know how he retained his personality, how he held off the Change. He reluctantly explains that he developed a vaccination that safeguards a person from infection and can, sometimes, disrupt the process of Change. This confirms something alluded to in the previous novel – that Callie’s father, before the authorities arrested him, tested his vaccination on himself and, more importantly, his daughter, protecting her from the spores. Before Callie can fully digest this revela­tion, a disturbing truth about her father becomes apparent, and she finds herself again alone in the Zone – but not for long. Other people are hiding in the shadows of the transmogrified forest, some disturbingly familiar, some armed to the teeth with a mission of their own.

As I was reading The Buried Ark, I couldn’t help but admire Bradley’s eye for story. It’s not just that he doesn’t waste a word, or ensures that every scene progresses the plot, it’s that he finds the balance between plot, character, and theme. Throughout the novel, just when the story is beginning to level off, Bradley will change direc­tion, or up the ante, or allow Callie an important moment of reflection. I assumed that the bulk of The Buried Ark would be set in the Zone, given it took Callie the entirety of The Silent Invasion to travel there, avoiding, dodging, and escaping all manner of obstacles. And yet Callie spends less than a quarter of the book in the forest. Soon, she’s back on the uncontaminated side of the Zone, deep underground where a group of humans, seeking a way to survive the spores, conceals a secret more horrific and terrifying than anything Callie witnessed in the Zone. Even then Bradley hasn’t finished. There’s a set piece to come that’s as thrilling as anything I’ve read this year, leading to one humdinger of a cliffhanger.

As good as the storytelling is, it wouldn’t hang together if Callie wasn’t such a strong, sympathetic character. I like that she takes noth­ing for granted, that she questions everyone and everything, that she’s keenly observant. But as strong-willed and principled as Callie is – and she needs to be when she discovers what the leaders of the Ark are hiding – Bradley never forgets that she’s a teenager who has experienced the loss of everyone she loves. Those moments of reflection I mentioned earlier remind us that for all her resourcefulness, her courage and bravery, Callie is not a superhero. She’s as vulnerable as any teenager forced to deal with significant and traumatic change.

Building on the themes of the first novel, The Buried Ark highlights that when faced with the unknown or the inevitability of change, we humans act out of knee-jerk fear rather than accept or even embrace the inevitable. Just like the people deep underground and the authorities on the surface, Callie is terrified that the spores pose an extinction-level threat. But the vaccina­tion that courses through her bloodstream, that protects her from infection and comprises spore DNA, provides Callie with a unique perspective, one you feel will play a critical role in the con­cluding book in the trilogy. It’s an attitude, the substitution of fear for a willingness to embrace the unknown, that Bradley has seeded as far back as the Prologue of The Silent Invasion. With references to alien beaches and identities scat­tered across time and space, the Prologue (further supported by that humdinger of a climax) hints at a finale that will be about confronting the tran­scendent, the alien, and the other with a mix of fear, curiosity, and the capacity for wonder. I’m sure it will also be incredibly exciting, written with the same storytelling chops that makes The Silent Invasion such a gripping read. I can’t wait. 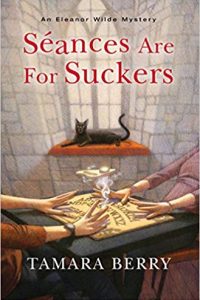