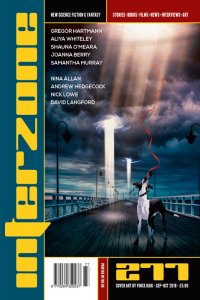 November/December 2018—
Vol. 42 No. 11&12 (whole #514&515), $7.99, 208pp, cover art by Donato Giancola
• This issue has novellas by Kristine Kathryn Rusch and R. Garcia y Robertson, novelettes by Derek Künsken, Nick Wolven, Julie Novakova, and Tom Purdom, and short stories by Ray Nayler, David Edenbach, Linda Nagata, and William Ledbetter.
• Poetry is by Robert Frazier, Jane Yolen, Suzanne Palmer, and Megan Engelhardt.
• Departments include an editorial by Sheila Williams and Michael Swanwick; Robert Silverberg’s “Reflections” column, titled “Do Androids Dream of Electric Cats?”; an “On the Net” column by James Patrick Kelly, “We Are the Cat People”; a “Thought Experiment” essay by Allen M. Steele about the history of science fiction; and Peter Heck’s “On Books.” 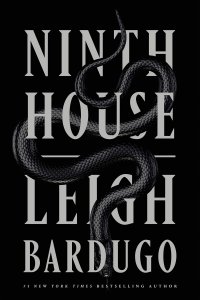 The Locus Kickstarter campaign has met its first milestone, it will be funded! They met their $9500 goal. But that’s no reason to stop the momentum! There are a lot of things that can be done with any extra money. Consider: Should we exceed our funding goals, there are several projects waiting in the wings:     digitizing and storing Locus’s immense and historic collection of audio author interviews, currently only