Spinning Silver, the latest release from Naomi Novik, vaulted into first place on the hardcover list with a substantial lead over last month’s winner, Jim Butcher’s Brief Cases, which dropped to second. The Grey Bastards by Jonathan French (Crown) was the new runner-up. We had 46 nominated titles, down from 53 last month.

Tanya Huff’s A Peace Divided (book two of the Peacekeeper series) barely held onto the top of the paperback list, followed in second place by The Name of the Wind by Patrick Rothfuss. The new runner-up was Eric Flint & Mike Resnick’s The Gods of Sagittarius (Baen). There were 46 titles nominated, down from last month’s 62.

On the trade paperback list, new releases Walkaway by Cory Doctorow and Artemis by Andy Weir fought for the top spot with Walkaway narrowly squeaking by with the win. There were no new runners-up. We had 57 titles nominated, down from 66 last month.

In media and gaming related books, Timothy Zahn ruled with both the first and second books at the top of the list. Star Wars: Thrawn: Alliance took first place with a huge lead over second place finisher Star Wars: Thrawn. There were no new runners-up. We had 15 titles nominated, down from last month’s 22.

From the October 2018 issue of Locus. 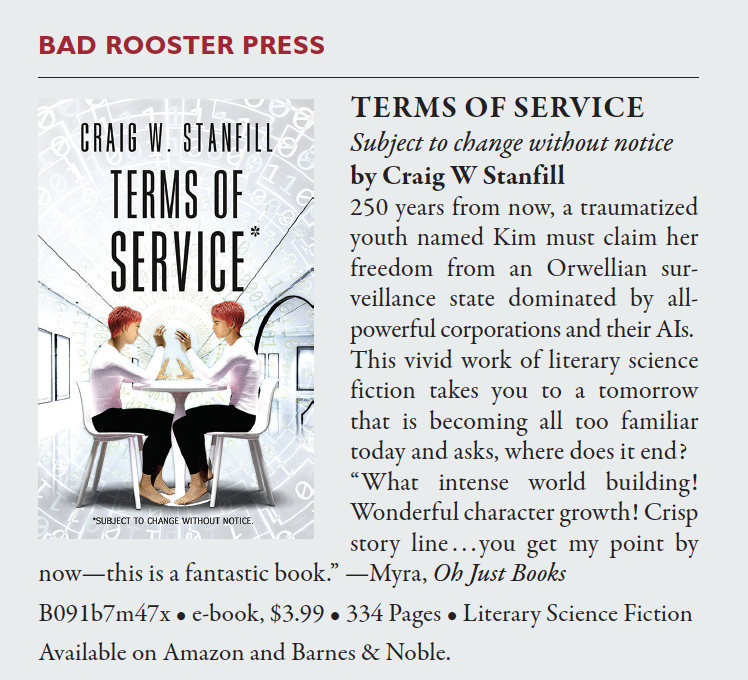 The annual Clarion West writing workshop was held June 23 – August 2, 2019 in Seattle WA. This story and more like it in the September 2019 issue of Locus. While you are here, please take a moment to support Locus with a one-time or recurring donation. We rely on reader donations to keep the magazine and site going, and would like to keep the site paywall free, but WE