You want to know why romance is the most popular genre? With more romance novels sold than all other novels put together? I have a theory. It’s not about all the kissy-facing (ok, it is a little bit): it’s because every book ends with hope.

Have you noticed how many versions of Sherlock Holmes there are extant? Looking at movies and TV alone, at least three, right? And probably more that I haven’t noticed. Then there are all the pastiches, and Holmes-related books and stories available. Which is not to say the original Sherlock Holmes, the Arthur Conan Doyle one, has gone anywhere. On the contrary, whether you judge by per capita or by percentage of population, there are just as many people reading the original canon as there have ever been.

Why should this be? Because with very few exceptions every story, every version, ends with hope. How does this happen? Sherlock Holmes is a hero.

Stodgy-by-today’s-standards Victorian gentleman, or former drug addict, or borderline psychopath or budding rake, the man is still a hero. And the world needs heroes. Not just antagonists, but heroes, never mind the gender, the size, the colour, the backstory, never mind anything else you can think of. Heroes give us hope, so we need heroes.

A university professor of mine once accounted for the popularity of the Holmes character in Victorian England. It was a time of great change, and therefore of great stress. Victoria, the queen for as long as most people had been alive, couldn’t last much longer, and the heir to the throne was an unknown quantity, at least to the general public. There was a lot of fear, a lot of wondering whether the world might be going to hell in a pony cart. A lot of doubt about the future. A feeling that things were slipping out of control, and that no one knew what to do about it. A feeling of powerlessness. A feeling of despair. (Any of this sounding familiar, by the way?)

But along came Sherlock Holmes, and people loved him. In Holmes’ England he was on top of everything, he could solve any problem. He knew why things looked so bad: it was the evil Moriarty, the Napoleon of Crime. He was the one causing all the unease, and most people didn’t even know he existed. But Holmes did, and Holmes had the solution. Was Holmes eccentric? You bet. Anti-social? Somewhat, by the standards of the day. Did he use drugs? Yup. Inconsiderate? Moody? Yes, and yes.

But did he know the difference between right and wrong? Between what is done and what isn’t? Did he have lines he wouldn’t cross, paths he wouldn’t take? Did he have standards? Were there things more important to him than himself and his own success? 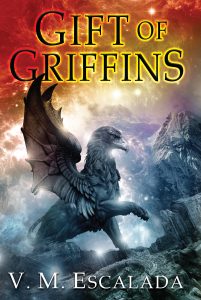 Absolutely. And that makes him a hero. The character of Sherlock Holmes gave Victorian England hope. And maybe, considering how thick he is on the ground right now, maybe Holmes is still doing the same for us.

It seems to me that lately we’ve been seeing, reading, and writing literature that denies hope, that in fact creates, or at least contributes to a culture of despair. This is something relatively recent in genre writing and it’s downright Juvenalian: the Roman poet Juvenal wrote the darkest of all possible satires, declaring that the world is even worse than you think it is, and that there’s nothing to be done about it. It’s been suggested that this dark attitude is a reflection of a heightened realism—certainly it was in Juvenal’s day. The closer the imagined world gets to the real world, the more full of despair it is—because, you know, that’s real. Or maybe, today, it’s an attempt to mimic the more “literary” novel (otherwise known as non-genre fiction) which has claimed for years that it’s more “realistic” than genre fiction.

I’m not in any way suggesting that genre literature is unrealistic. When it comes to the human condition, we’re all realistic writers. I’m not talking about happy endings. The hero can and should go through a shitstorm, including self-doubt, setting off down the wrong path, carelessness – the hero may even die, but if there is to be hope, it can’t be for nothing. We don’t need the “happy” ending. We need the hope.

Some of our most popular heroes give us hope. There’s Luke Skywalker—at least in his original incarnation. Indiana Jones. Agent Carter. The entire crew of the Serenity. Yes, even Jayne. Eventually. These characters go through some terrible things—some of them even do terrible things. Yet they leave us hopeful. They are heroes because they are better than the society they live in.

But these examples are all from movies and TV. Okay, let’s consider some literary examples. Look at Anne Leckie’s Ancillary series. Or James S. A. Corey’s The Expanse. Some terrible, heart-wrenching, horrifying things take place in both of these universes. Human beings are shown at their worst. But they’re also shown at their best. In each case, there is hope. The lead characters are heroes.

I’ve often said that genre literature, and fantasy in particular, is the last place a hero can act with honour without being treated ironically. And we need more of this, not less. Is there a lot of darkness and despair in the world? Sure. But there’s also light and hope – that’s just as real as anything else. A hero appears in a story that ends with hope. Not necessarily well, nor happily. Sometimes even with death. But it should never be the death of hope. 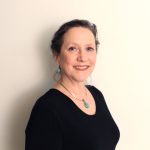 V. M. Escalada’s cultural background is half Spanish and half Polish, which makes it interesting at meal times. Her most unusual job was translating letters between lovers, one of whom spoke only English, the other only Spanish. She is also the author of the Dhulyn and Parno novels under the name Violette Malan. She can be found online at violettemalan.com and on Twitter @violettemalan.

One thought on “V. M. Escalada Guest Post–“The Good, Not Just the Bad and the Ugly””