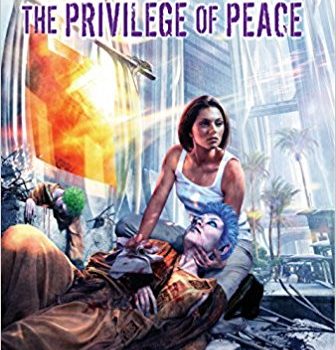 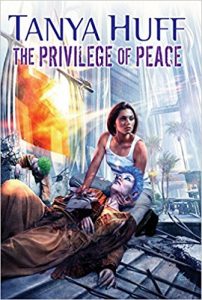 Torin Kerr – and the alien plastic – are back in this lively third novel in the Peacekeeper trilogy, itself a follow-up to the military SF Confederation novels. Torin and her Wardens Strike Team Al­pha continue their work keeping the peace when things get violent, but they’re having continued trouble from the group Humans First, radicals who believe humans should be running the Con­federation. The group has given up trying to woo Torin to join them, and now they’re trying to kill her and her boyfriend/pilot Craig. Humans First are also working on dangerous new weapons to use against the hive-minded plastic, which makes a sudden reappearance. On top of it all, Torin gets new fuel for her distrust of the “peaceful” Elder Race called the H’san. The plot, full of small battles building up to a grand confrontation, moves at a breakneck pace, while Torin’s highly skilled team and their banter add welcome touches of humor to fraught situations. Enough threads are tied off to make this a reasonable conclusion to the series – but I’m hoping for more to come.