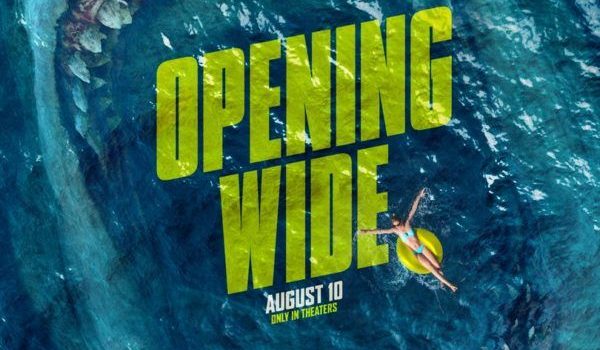 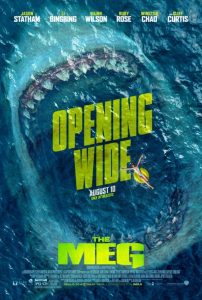 Josh: So, about the title of this review. What do you think of, “We’re gonna need a bigger boat,” or is that too easy?

Arley: How about, “We’re gonna need a bigger shark.”

The Meg stars Jason Statham as Jonas Taylor, a diver whose rescue operation goes wrong due to an encounter with a mysterious creature, which scares him off ever going back in the water. Years later, a science crew from an offshore research center is stranded in a submersible after being attacked by an unseen creature while exploring a section of the Mariana Trench previously hidden beneath a thermocline layer of hydrogen sulfide. Jonas’s ex-wife Lori (Jessica McNamee) is among the stranded crew so Jonas is persuaded to attempt a rescue despite his past experience. During the rescue efforts, the creature is revealed to be a megalodon, a prehistoric shark previously thought to be extinct, which escapes through the thermocline barrier and is set loose upon the unsuspecting surface world.

Josh: I’m going to be super generous with this review because I had ZERO expectations.

Arley: ‘K, here’s the thing. Here’s the whole review in one line. Ready? This movie is exactly what it advertises itself to be. It’s exactly what you expect—a ’90s action movie with a bigger budget. If you talk about it in terms of current films in general then you see it one way but if you talk about it in terms of standard action movies then you see it another way. But it does its job, meets expectations, does what it needs to do. Basic action movie.

Josh: I didn’t think this was entirely stupid, at least in the beginning. The concept of a frozen hydrogen sulfide layer being mistaken for the ocean floor is not something we’ve seen before.

Arley: It had an interesting “novum.”

Josh: Oh, is it that what it’s called?

Josh: Well, I’d never seen that one before so I was like where did that come from? Turns out this is based on a novel, so whoever wrote it did at least a little research.

The Meg is constructed along the standard plot beats one comes to expect from a steady diet of monster movies. Although the surprises come right when expected, the movie does a good job of creating a few moments of extreme claustrophobia, even in the middle of open ocean. It also invites a billion comparisons.

The story moves in phases. The first feels like The Abyss or Sphere, taking place on an underwater research center, then it moves to Jurassic Park in a half-built facility where the monsters have gotten loose, then everyone’s on a boat and it’s Jaws. Literally Jaws. It is, in essence, a Michael Crichton movie, in which science is bad, exploration and experimentation result in death, and the only new discoveries are monsters and the ways to kill them.

The main deviation from the standard ’90s action movie is that the two main characters—Jonas Taylor and Dr. Suyin Zhang (Li Bingbing)—don’t sleep together, either explicitly or in an off-screen moment, which arguably they would have if both had been white. It’s unknown if the film makers were trying to downplay the interracial relationship or if it was, being a Chinese co-production, trying to respect Chinese cultural values. Jonas and Suyin don’t even kiss, which is probably just as well because Statham and Bingbing didn’t have any chemistry. She’s smart, competent, and cute, but Statham is really at his best when he’s doing martial arts and this movie doesn’t give him many opportunities to engage the shark in hand-to-hand combat.

The movie might have been more enjoyable if Statham wasn’t in it, if Li Bingbing was the main character and the movie followed a competent scientist female lead. But that movie would probably never get made and, if it did, it would never sell in the United States. The makers of The Meg only make Suyin competent enough to get herself repeatedly into trouble so that Jonas can come rescue her.

Arley: This is a standard ’90s movie, including its use of women and people of color.

Josh: He’s so manly. Manly man jumps in the water. Manly man walks around in only a towel. Manly man runs down some stairs. Manly man pulls out a knife and stabs a shark.

Arley: The first Black guy dies just to give the white guy motivation—

Arley: —then the second Black guy exists only to throw quips and get rescued by a white guy.

Suyin’s young daughter Meiying (Sophia Cai) provides some of the strongest and most enjoyable scenes, even the ones that were clearly designed to gain audience sympathy. She gets away with it because she’s so cute and charming. Billionaire Jack Morris (Rainn Wilson) is the standard, sleazy bad guy—apparent from his first five seconds on screen—but tones it down and doesn’t go over the top as a black hat. Gotta give Rainn Wilson credit for being a not-terrible actor.

All of the other characters—and there are quite a few—are cookie-cutter and lifeless: DJ (Page Kennedy), Jaxx (Ruby Rose), and Dr. Heller (Robert Taylor) fit neatly into standard stereotypes, but it’s probably a good thing the cast is so overstocked and disposable because that provides plenty of sharkbait.

This movie could’ve done everyone trapped in an underwater station, or an isolated-on-a-boat situation (both providing high suspense), or a Godzilla-type thing where everyone is hunting a giant monster that’s tearing the shit out of everything, but they instead do weak versions of all three, missing opportunities for suspense. The opening promises you an underwater legit horror movie—and fails.

Josh: I kept expecting the shark to jump out of the water and eat a helicopter, which didn’t happen THREE TIMES.

So can we recommend this movie?

Arley: As an unexamined action movie for people who are not interested in sociopolitical commentary. It even had a couple of good high-tension moments, which are fun if you’re susceptible to them. If that’s what you want, you’ll enjoy it, but if you’re sensitive to issues of race or gender, or if you want something that’s different or will surprise you, then this isn’t the movie for you.

Josh: I would recommend watching it for free or on TV. Not sure if the effects alone are worth watching on a big screen, and nothing else carries it for the price of a full movie ticket. And nobody should be going into this movie with any expectation of scientific rigor.

Lightning round! Let’s each name three things we liked about the movie.

Arley: The special effects—the shark looked cool, so did the diving scenes, the submersibles, and even though the underwater ecology was weak in terms of being new, it looked good. And the squid tentacles on the glass.

Josh: I liked the moments of suspense—the claustrophobic ones mentioned earlier and when the Meg bit the window, which establishes the threat really well. You’re protected, but only protected once.

Arley: I liked the girl.

Josh: I liked the girl, too, but I’ll pick something else. I liked the theme of underwater adventure. It’s not something we see a ton of unless it’s a submarine war movie.

Arley: It’s been a while. [Deep Blue Sea was 1999.] I liked the science fictional novum.

Even given almost 20 years to come up with something new, The Meg steadfastly refuses to evolve the genre. Perhaps it doesn’t need to: as of the second week of its release, it’s already made more than double its budget. It fulfills its purpose mindlessly and relentlessly.

Based on the novel by: Steve Alten 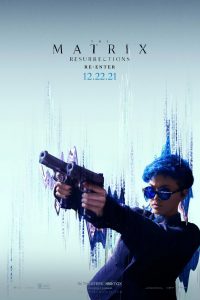 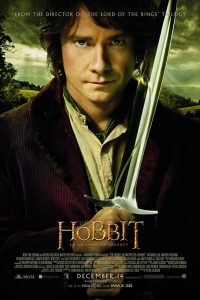 Actually, the Force Is Sleepwalking: A Review of Star Wars: The Force Awakens

One thought on “Unevolved: Josh Pearce and Arley Sorg Discuss The Meg”