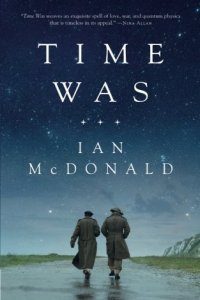 In the May Clarkesworld I liked Sally Gwylan‘s “Fleeing Oslyge” most. It’s set on a colony planet which has been overtaken by the Tysthänder, who have used overwhelming power to subdue the colo­nists, apparently with the aim of removing them from the planet. Their motives are fuzzy – environmental perhaps? Or simply a desire to claim the planet’s riches? Senne is a civilian fleeing the destruction of her city, and she’s ended up with a group of resis­tance soldiers, some of whom are suspicious of her or violent to her, others of whom are sympathetic. But the Tysthänder threaten…. Exciting and uncom­promising stuff.

There are a couple of decidedly exotic SF stories in the June Lightspeed. I’m not sure either fully works, but they are both colorful enough to merit attention. “I Sing Against the Silent Sun” by A. Merc Rustad & Ada Palmer is about Li Sin, a poet resisting the Gray Sun, a “god” who enforces silence in its domain. Li Sin, and their spaceship Vector, have been punished for speech and active resistance, and have been pre­sumed dead, until they are again discovered. What to do? Escape into silence, or speak (sing) more? The answer is obvious, and that’s really why the story doesn’t quite succeed: between the predetermined resolution and the super exotic tech that can seem arbitrary, the reader’s engagement is weakened. For all that, though – this is pretty cool stuff. So too is “A Pilgrim’s Guide to the Lighthouse of Quvenle the Seer” by Lina Rather, set at an interstellar beacon housing the title Seer, who can predict catastrophes in a person’s life – but what if a particular pilgrim, in their own overwhelming pain, has no catastrophe to look forward to (or to give their life meaning?) Interesting, but in the end a bit too programmed.

“Dying Light” by Maria Romasco Moore (Lady Churchill’s Rosebud Wristlet, March) is a strong story set on a starship carrying passengers in suspended animation, heading to a newly colonized world. The passengers live in “the light”, a virtual environment, to keep them mentally sharp. The narrator, Ruth, is worried about her wife, Mag, who has become self-destructive – an odd thing in the “light”, where one can do what they want to their virtual bodies without necessarily affecting their “real” body. The real problem is Ruth and Mag’s relationship, which the story foregrounds. It’s well enough executed, but what intrigued me was the backgrounded SFnal aspects – the “light” and how it works, the hints about the state of Earth society and how that affects the colony’s prospects. Neat stuff, even if I’m not quite sure I read it the way the writer intended.

Even better is a remarkable long story by James Sallis, “Dayenu“. It opens with the narrator doing an unspecified but apparently criminal job, and then fleeing the house he was squatting in, and meeting an old contact for a new identity. Seems like a crime story – and Sallis is primarily a crime novelist – but details of unfamiliarity mount, from the pervasive surveillance, to a changed geography, to the realiza­tion that the rehab stint the narrator mentioned right at the start was a rather more extensive rehab than we might have thought. Memories of wartime service are detailed, and two partners in particular – a woman named Fran or Molly, a man named Merrit Li. Page by page the story seems odder, and the destination less expected. The prose is a pleasure, too – with desolate rhythms and striking images. Quite a work, and not like anything I’ve recently read.

And finally, a Tor.com novella from Ian McDon­ald, Time Was. This is told by Emmett Leigh, a used bookseller with an interest in history, who comes across an old book of privately printed poems with a letter from a WWII soldier inside. He begins to investigate, finding curious evidence of the presence of the soldier, Tom Chappell, and his lover Ben Selig­man, in other conflicts at widely disparate times. We get glimpses of Tom and Ben as they first meet, and Emmett gets involved with an earthy Lincolnshire woman with a tenuous link to Tom and Ben. Are Tom and Ben immortals? Or time travelers? And by what means? The story is sweet and interesting and becomes something even more impressive as Em­mett becomes more and more entangled, less of an observer. This fits the “time-slip” genre, beloved by non-SF writers – I was reminded just a bit of Robert Nathan’s wonderful Portrait of Jennie. 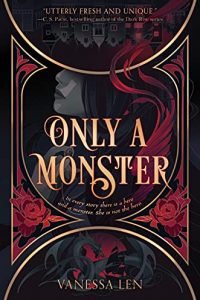