The Locus Awards were held June 22-24, 2018 at the Best Western Executive Inn in balmy Seattle for the thirteenth consecutive year. Connie Willis was MC, with Daryl Gregory presenting the awards. Willis and Yoon Ha Lee taught the Locus Writers workshops that book-ended the weekend. Attendance numbered 150. Events kicked off Friday with readings by Willis and Lee, followed by a Clarion West-hosted party in honor of first-week instructor Daniel Abraham.

The Locus Award for Best Art Book went to The Art of the Pulps: An Illustrated History, edited by Douglas Ellis, Ed Hulse & Robert Weinberg. Astrid Bear accepted on their behalf, saying, “We owe enormous thanks to all our contributors for writing an amazing collection of essays on various pulp genres.” They dedicated the award to the memory of Weinberg.

The Best Non-Fiction Award went to Luminescent Threads: Connections to Octavia E. Butler, edited by Alexandra Pierce & Mimi Mondal. Mondal accepted, saying, “I didn’t write for this book; I didn’t feel safe enough to write certain things at that time, and I saw these entries… and I felt very, very supported. That’s one of the reasons why I’m still in this country.”

Julie Dillon won the award for Best Artist. Fonda Lee accepted for Dillon, saying, “It means a great deal to me that my work is held in esteem by this wonderful community. I hope I can continue to grow and learn as an artist, to further contribute to the field of science fiction and fantasy. Thank you.”

Ellen Datlow won the award for Best Editor. Myman accepted for her, reading, “I’ve been in this wonderful field for almost 40 years…. I thank every writer I’ve been working with for these past years. Without you I literally would not be here.”

Best Publisher went to Tor and Best Magazine to Tor.com. Beth Meacham accepted for both, saying, “We thank you all for this. It really means a great deal to us as a company…. Every publisher who is nominated here is doing great work, and one of the things we really believe is the better the competition, the better the game.”

The award for Best Collection went to Ursula K. Le Guin: The Hainish Novels and Stories by Ursula K. Le Guin. Gunn accepted for Le Guin and her family, thanking publisher The Library of America, editor Brian Attebery, agent Ginger Clark, husband Charles, and family. Quoting from a 2014 Le Guin speech Gunn said, “Books… are not just commodities…. We live in capitalism; its power seems inescapable. So did the divine right of kings. Any human power can be resisted and changed by human beings. Resistance and change often became an art, and very often, in our art, the art of words. Thank you.”

Best Anthology went to The Book of Swords, edited by Gardner Dozois. Willis accepted for Dozois, saying, “He edited so many wonderful books in his lifetime, and did so many great things for this field…. He was a wonderful person and the funniest person I know.” She recounted a few of his accomplishments, shared humorous anecdotes, and finished with a toast in his memory.

“The Martian Obelisk” by Linda Nagata won for Best Short Story. Skillingstead accepted for Nagata, who thanked everyone who supported the story and Datlow for buying it. “I’ve been very surprised at the reception this story has received…. I thought it was too grim… so I filed it away and two years went by. The world had changed for the worse and the story seemed more relevant than it had before…. Let’s all do what we can to prevent the real world from reaching the grim straits described in this story, okay?”

Best Novelette went to “The Hermit of Houston” by Samuel R. Delany. Finlay accepted, reading, “This is quite an honor and all but unexpected. Thank you so much.”

Martha Wells’s All Systems Red won the Best Novella category. Bear accepted for Wells, who thanked agent Jennifer Jackson, Michael Curry, editor Lee Harris, Irene Gallo and everyone at Tor.com, and cover artist Jaime Jones. “And thanks and love to my husband, Troyce Wilson, for his support through a lot of ups and downs.”

The Strange Case of the Alchemist’s Daughter by Theodora Goss took Best First Novel. Myman read her note saying, “I am so grateful to Locus readers and subscribers for this honor. I can’t think of a higher one than being supported by fellow members of this industry I love….” She thanked agent Barry Goldblatt, “who championed this novel even before I had written it,” everyone at the agency, and editor Navah Wolfe and everyone at Saga Press. “Most of all, I would like to thank my daughter Ophelia, my best beta reader, whose laughter while reading this novel in manuscript made me think I might be doing something right.”

Best YA Book went to Akata Warrior by Nnedi Okorafor. Shawl accepted on Okorafor’s behalf, who thanked Sharyn November, editor Regina Hayes, Greg Ruth for cover art, Sandra Marume “for being the inspiration for Sunny,” her father Godwin Okorafor, and her mother “for wanting to hear more of Sunny’s story.” She thanked Success T., “for telling me that night about his neardeath experience with the Nigerian confraternity at his university. And my readers for being my readers.”

The Best Horror Novel went to Victor LaValle’s The Changeling. Abraham accepted on La- Valle’s behalf, saying, “I’m honored to win the Locus Award for Horror Novel. My novel found itself among an incredibly strong list of finalists, so this is a truly humbling win. I’m grateful to the readers who voted for my book. The Changeling is a weird old fairy tale and felt quite personal as I wrote it. What a pleasure to realize others found something meaningful in the story, too.”

The Best Fantasy Novel went to The Stone Sky by N.K. Jemisin. Valente accepted for Jemisin, who said, “Many thanks to the Locus voters who have chosen to honor my novel, and to the teams at Orbit and the Knight Agency who’ve helped me get this far, and to my family, friends, and colleagues.”

John Scalzi won the Locus Award for Best Science Fiction Novel for The Collapsing Empire. Olivia Ahl read Scalzi’s speech: “I won long before I actually was given this plaque, because this was an extraordinary strong group of authors and books…. I realize that any one of them could be up here now taking this award home. So to my peers, thank you; it’s been a wonderful ride, and I am glad we’ve shared it.” He thanked editor Patrick Nielsen Hayden, Miriam Weinberg, Irene Gallo, cover artist Sparth, Christina McDonald, Heather Saunders, Alexis Saarela, and Patty Garcia in publicity, Steve Feldberg of Audible, and Wil Wheaton for narration. “I’d also like to acknowledge friends and fellow writers who helped keep me sane while writing this book. That list is too long to get into here, but would include Olivia Ahl…. Most of all I would like to thank my wife Kristine. I was kind of a mess during the writing of this book…. Through it all Krissy was wonderful, helping me get the work done, and also making sure I didn’t completely lose it. If it wasn’t for her, this book wouldn’t be here, so this award is hers as much as mine.”

The Locus party crowned the evening, running late into the night, with people spilling off for conversations in the bar or common areas of the hotel.

Thanks to Arisia and Norwescon for their support and sponsorship, to the publishers who donated books, to Leslie Howle, Doug & Pat Booze, Clarion West, Patricia Johnson of Clise Hotels, Duane Wilkins and Olivia Ahl of University Book Store for providing books for purchase, and special thanks to Connie Willis for her continued generosity and efforts on behalf of the Locus Awards, and for sharing all of her stories.

This and more like it in the August 2018 issue of Locus. 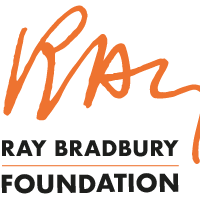