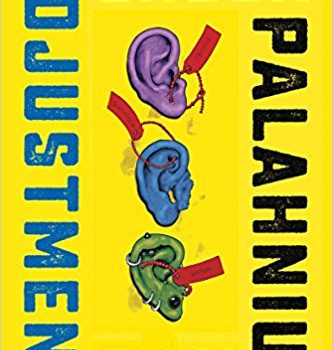 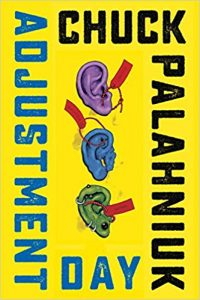 A kidnapping inspires the overthrow of the United States government by a motivated horde of straight white men, straight black men, and gay men. Walter dreams of becoming insanely wealthy so that he can provide his girlfriend, Shasta, with whatever she desires. To aid in this, he abducts a Wall Street type hoping to pick his brains on how to get rich. Whether it’s fate or coincidence, Walter’s victim is the influential, affluent, and megalomaniacal Talbott Reynolds, a man with particular views on how the world should be run.

Echoing the theories of Gunnar Heinsohn, a German sociologist and economist, Talbott main­tains that historically whenever there’s an excess of young men, social unrest occurs. He believes he can tap into this simmering resentment and frustration with the unsuspecting assistance of his kidnapper. Talbott’s audacious plan has three prongs: (a) have Walter set up an online list where people can include and then vote on people they want to kill; (b) have Walter transcribe Talbott’s world-view onto paper because every movement needs its Bible or Mein Kampf; and (c) convince those in power to start a war in the Middle East. This third prong will be seen by Government as a means of culling the male population back to manageable numbers, and for Talbott it will be demonstrable proof that the “Deep State” has designs to slaughter America’s young men.

On a chosen day white, black, and gay men slaughter politicians, media personalities, Insta­gram celebrities, and gender study academics. Depending on where these people rank on Walter’s kill list determines the rulers of this new America. Once the bodies are buried, the country is split into three principalities: Caucasia, Blacktopia, and Gaysia.

Caucasia is Palahniuk’s version of The Hand­maid’s Tale, a move back to simpler times when men prayed to Odin and women were sex objects and baby factories. In contrast, Blacktopia flour­ishes without interference from white men, a Wakanda-like utopia, all flying cars and gleaming cities. As Talbott’s Bible requires that a homo­sexual child born in Caucasia must be replaced by a heterosexual child before it can become a citizen of Gaysia, the fertile men and women of Gaysia are ordered, almost at gunpoint, to pump out straight babies.

Palahniuk’s broad satire has lashings of Orwell’s 1984 (not just the names of each nation but the pervasive image of Talbott – an actor brought in to play the role – spouting aphorisms from his Bible) and James DeMonaco’s The Purge. As a satire, the humor is hit and miss. I laughed at moments of meta, such as self-deprecating references to Fight Club and Palahniuk’s oeuvre (“All of his work is about castration. Castration or abortion”) and a cheeky burn at the expense of Stephen King (he “had almost convinced white people of the ma­jestic uncanny powers blacks kept under wraps”). I cringed at his mocking attitude toward the media and gender studies, framing them both as tools of the powerful to demonize young men.

The politics of the novel mostly cribs from the alt-right handbook – anti-globalism, separating the cultures, blaming the Jews – but differs in some critical areas. For one, Talbott finds space for people of color and queer folk, even if it means dividing up the country. Talbott also doesn’t sup­port the gold standard. Instead, to stop the hoard­ing of wealth he creates a currency that degrades, losing value over time, forcing people to spend it immediately.

The novel’s large ensemble of characters, spread across three nations, are thinly drawn and one-note, like Charlie the sex-crazed leader of Caucasia, or Senator Daniels the corrupt politician, eager to send young men to war. The rest of the cast fade in and out of the narrative, so it’s difficult to become attached or care about any of them.

The exception is the strange yet touching rela­tionship between Jamal, a leader of Blacktopia, and Josephine, the racist owner of the Peabody plantation. Refusing to be evicted from her family homestead, Josephine transforms into Barnabas the man-servant, black-faced and frizzy haired. Jamal, surprisingly, takes pity on Josephine/Barnabas and her ridiculous and deeply offensive disguise. While their unexpected friendship does glorify an awful, antebellum stereotype, the scenes between them later in the novel are profoundly moving.

Adjustment Day is an uneven novel. There are brilliant, provocative aspects, like Talbott’s view on currency or the relationship between Jamal and Josephine, however Palahniuk’s take-down of identity politics and white supremacy is old hat, delivering the insight and subtlety of an article published on Breitbart. If Fight Club was ahead of its time, then Adjustment Day is struggling to catch up with the zeitgeist. 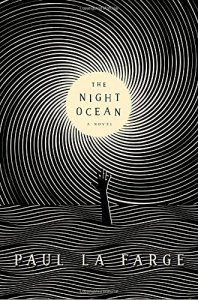