Michael Blumlein, All I Ever Dreamed (Valancourt 5/18) Blumlein’s latest collection offers 18 varied stories from 1993-2016, with notes on each by the author, who stretches the boundaries of SF, fantasy, and horror, frequently using his knowledge of medicine to address the possibilities and consequences of new biological technology.

Lara Elena Donnelly, Armistice (Tor 5/18) Glamorous film stars, revolutionaries, and spies mix in a lush tropical country on the edge of revolt in the 1930s in this fantasy alternate-history novel, a thrilling sequel to Amberlough, set three years later.

Caitlín R. Kiernan, Black Helicopters (Tor.com Publishing 6/18) Kiernan’s novella was originally published as a chapbook by Subterranean Press in 2013, was a World Fantasy Award finalist the following year. It has now been expanded and revised for a new and more widely available edition. Set in the same world as Agents of Dreamland, this ambitious, experimental, and necessary fiction ranges through the past, present, and future, exploring shadowy government agencies and operatives struggling to navigate a world disintegrating into Lovecraftian horror.

R.F. Kuang, The Poppy War (Harper Voyager 5/18) This assured and exciting debut novel launches a fantasy trilogy set in an alternate version of China known as the Nikara Empire, where people can attain magical powers by taking potent mind-altering drugs. Impoverished war orphan Rin wins a spot at an elite military academy, and soon meets a bizarre mentor who inducts her into the shamanic mysteries.

Fonda Lee, Cross Fire (Scholastic 5/18) This exciting young-adult SF novel, the sequel to the acclaimed Exo, finds Donovan searching for a way to save Earth once human unrest causes its alien colonizers to decide to pull out, leaving the planet vulnerable to another, far less benign, alien race.

Claire North, 84K (Orbit US 5/18) North (a pen name for Catherine Webb) is known for her high-concept novels like The First Fifteen Lives of Harry August and The Sudden Appearance of Hope, and her latest is also built around a big idea: what if every crime, including murder, had a monetary value, and you could escape the consequences if you could afford to pay the fine? In a near future in thrall to a ruthless Corporation that has taken over most of the functions of government, Theo Miller works in the Criminal Audit Office, calculating penalties for various transgressions… but when an old friend is murdered, his comfortable life is transformed. “A structurally inventive, sharply observed thought experiment about the gradual disappearance of our basic liberties and human rights.” [Ian Mond]

Chuck Palahniuk, Adjustment Day (Norton 5/18) This dark satirical volume takes the most distressing qualities in American politics and society and pushes them to their (il)logical conclusions, with a manipulative demagogue using disaffected young male rage to stage a violent uprising and divide the country into three nations: Caucasia, Blacktopia, and Gaysia (they’re pretty much what they sound like). Two decades ago Palahniuk memorably excoriated the state of men in the ’90s with his debut Fight Club, and now he’s updated his vision for an era of “Social Justice Warriors and cultural Marxism… identity politics, populism and the alt-right.” [Ian Mond]

Emily X.R. Pan, The Astonishing Color of After (Little, Brown 3/18) A standout first novel, this emotionally intense, magical young-adult tale follows a half-Asian teen who travels to Taiwan to stay with her grandmother after her mother’s suicide, convinced her mother has reincarnated as a great red bird. Published in the UK by Gollancz.

Kaethe Schwehn, The Rending and the Nest (Bloomsbury USA 2/18) Most of Earth’s population disappears in the mysterious event called the Rending, then three years later women begin giving birth to inanimate objects in this impressive first novel, an intriguingly strange post-apocalyptic tale following one woman determined to build a community, whatever happens.

Martha Wells, Artificial Condition (Tor.com Publishing 5/18) The second book in the Murderbot Diaries series after last year’s delightful Nebula Award winner All Systems Red sees Murderbot – a partly biological security android who escaped its programming and just wants to be left alone to watch media – stow away on a talkative AI spaceship nicknamed ART (“Asshole Research Transport”). Murderbot’s attempt to flee the past soon becomes a quest to explore it, as the two set off to discover the truth about a massacre Murderbot may have been involved in long ago on a remote mining outpost. “It’s perfectly paced, and Wells brings both a strong sense of humour and deep pathos to Murderbot’s character and to their voice.” [Liz Bourke] 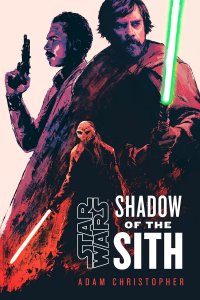 It’s the most summarizing time of the year, and I’ve been at it long enough that I’m tempted to just summarize my old summaries, looking for meta-trends or shapes in the clouds (very like a camel, indeed) that impose order on the squirming facts of a field that is neither singular nor unified but (to plagiarize myself from a quarter-century ago) “a set of fields with readerships that only occasionally