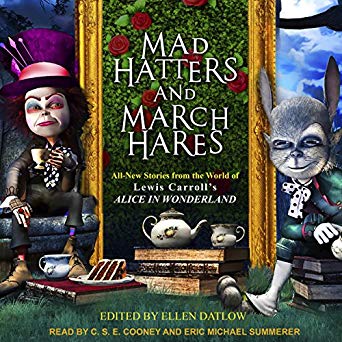 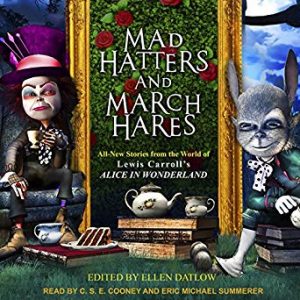 It is an interesting experience to listen to an anthology inspired by two so intensely visual books. Both Alice’s Adventures in Wonderland and Through the Looking Glass offer poems shaped as textural art, and of course, there are those iconic illustrations by Tenniel, as well as a myriad of other versions by other artists. Datlow’s introduction discusses how many of those editions she herself owns (I have a few Tenniel editions and the Rackham, but I’ve always coveted the Lisbeth Zwerger version).

Carroll’s prose and poetry have always begged to be recited aloud (I can do all of “Jabberwocky” and about half of “The Walrus and the Carpenter”, if anyone’s interested), and these stories and poems inspired by Carroll’s classic novels also have their own auditory pleasures. Narrators Cooney and Summerer cover a variety of accents and voices in these genre-spanning stories. Cooney reads her own story, a phantasmagoric adventure of the young Red and White Queens written in rollicking prose that Carroll himself would appreciate. Cooney also makes a very intriguing decision to maintain the same creepy, high-pitched voice for Humpty Dumpty across two stories, despite the character playing very different roles in each (a gossip-mongering psychotic with a hidden agenda in Jeffrey Ford’s tale, and a sympathetic bartender in a forbidden nightclub in Catherynne M. Valente’s contribution).

For his part, Summerer manages both a working-class English accent (for Matthew Kressel’s grim tale of a Wonderland turned into a tourist attraction) and a New Jersey accent (for Richard Bowes’ wistful chronicle of a 1960s Alice in Wonderland movie filmed in forgotten corners of New York City). Usually, I rebel against anyone but Bowes reading his own work, because they draw so deeply from his personal history, but his noticeable Boston accent (despite decades spent in NYC) would have gotten in the way. Summerer reaches a vocal pinnacle with the buzzing that punctuates Andy Duncan’s story about Tenniel’s inability to illustrate a chapter about a giant wasp.

I hate reviewing anthologies, because there just isn’t time to pay attention to every work in the collection, and this is a strong one. The Carroll-obsessed should pick this one up. 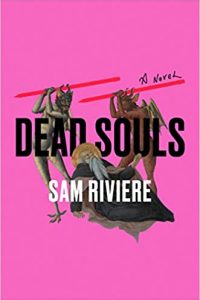 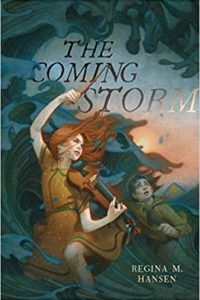