The 2018 SFWA Nebula Conference was held May 17-20 at the Pittsburgh Marriott City Center in humid PA for the second of two years. There were 356 registered members (including 18 who only attended the banquet), up from last year’s 307. The hotel was comfortable, with suitable mingling spaces, friendly staff, and nearby eateries. SFWA-organized tours brought attendees to Allegheny Observatory on Thursday evening. Other sightseeing options included the Andy Warhol Museum and the Carnegie Science Center.

Each attendee received a logo-adorned bag stuffed with books and a water bottle. The Mentor Meetup paired experienced congoers with newer attendees before panels started at 2:00 p.m. Programming focused on industry-relevant topics, such as “Business and Pleasure: The not-so-secret handshakes of convention life” with Bill Campbell, Susan Forest, Laura Anne Gilman, and Barry Goldblatt; and “The Money is in Your (back) List” with Michael Anderle, Margot Atwell, Jonathan Brazee, Cat Rambo, and DongWon Song.

On Saturday night, crowds of authors, publishers, agents, and more, many resplendent in finery, filled the Grand Foyer Lobby for the Pre-Nebula Reception, which featured servers offering snacks and a cash bar. The banquet was held in the Grand Ballroom, with tables topped by robot sculpture centerpieces by local artist Don L. Jones. 220 guests attended, up from the prior year’s 185. The ceremony was livestreamed, with 1,420 total views of the ceremony and the live panel streaming Friday and Saturday.

Kowal opened the ceremony, introducing toastmaster and puppeteer Martin P. Robinson, who emceed, employing various puppets and iconic voices of his puppet roles such as Telly Monster and Snuffleupagus.

Michael Capobianco presented the Kevin O’Donnell, Jr. Service to SFWA Award to Bud Sparhawk, the Eastern regional director of SFWA from 2007-2010, treasurer from 2010–2014, and CFO since 2014. “I’m pretty sure that’s longer than anybody else in the history of SFWA has served on the board.” Sparkhawk said, “We are now worth 1.43 million dollars. We have a healthy EMF, we have a substantial legal fund, we are tranching money forward so that we pay part of the expenses for the next three years…. I couldn’t have done this without the help of almost everybody in this room….”

Steven H Silver called for applause for the organizers and volunteers of the last two Nebula Conferences. On behalf of SFWA he then presented a light-powered rotating globe (a photo-automated map of Venus) to Laurie Mann as thanks.

Barbara Barnett presented the Ray Bradbury Award to Get Out, written and directed by Jordan Peele. James Walton accepted, saying, “Ray Bradbury’s exploration of science fiction utilized what he called a ‘ricochet vision,’ allowing him to use unique vantage points as a lens into societal issues. Get Out was created in this same spirit.”

Connie Willis presented the first of two Solstice Awards to Gardner Dozois, saying he was in the hospital but that she “really wanted to give this to him myself.” She shared humorous anecdotes of their early memories, saying Dozois was, “as Michael Swanwick has said, a one-man carnival…. He is also one of the most accomplished men in science fiction, and it’s literally impossible to name all of his achievements.” She listed a few, including decades of editing magazines and anthologies, 15 Hugo Awards, 20 Locus Awards, two Nebula Awards, a World Fantasy Award, and admission into the Science Fiction Hall of Fame, “and that’s not even counting the awards that the stories he selected for the Year’s Best Science Fiction anthologies have won.” She lauded his impact on the field, saying, “Gardner Dozois discovered me; just like he discovered and published whole generations of writers, and he did it all while being an amazing writer himself…. Writing can be a very grim business, and Gardner’s wit and humor have helped almost all of us through times of ups and downs in this field.” Dozois’s son Christopher Casper accepted, saying, “My dad truly truly loved what he did. When working for Asimov’s he’d come home often and talk about new writers that he’d found, new stories that he’d read…. When he was putting together his anthologies… he’d lock himself away, and he’d have hundreds and hundreds of stories to read, and he’d come out every day happy – which for Gardner, you know, was a rather rare thing – because he got to spend the day doing what he truly loved….” In parting, Christopher shared a maxim of Gardner’s: “In life find something you really really love to do, find a way to make enough money at it, and then you never have to work a day in your life. Well, Gardner never worked a day in his life and my hope for all of you is that none of you ever do either.”

James Patrick Kelly presented the second Solstice Award to Sheila Williams, who joined the staff of Asmiov’s in 1982, working with Isaac Asimov, Shawna McCarthy, Gardner Dozois, and others. She became editor in 2004. Kelly lauded her years as editor, saying that she read all the slush herself, has edited 27 anthologies, and “has welcomed hundreds of new writers into the field,” as well as cofounding the Dell Graduate Awards in 1993. In accepting, Williams talked about reading collections in her youth from the Science Fiction Book Club, and The Hugo Winners by Isaac Asimov when she was about 14 years old, and decided that’s what she wanted to do. “It’s just so ridiculous, to get an award for doing something that I love so much that I never have had to work a day in my life. I thank all of you so much and I will really treasure this award.”

The Andre Norton Award was presented by Bill Campbell to Sam J. Miller for The Art of Starving. Miller thanked agent Seth Fishman, saying that six days after another agent had told him the book was broken, Fishman said, “Yeah, let’s go out on submission with it!” He thanked editor Kristen Pettit, John Joseph Adams, Charlie Jane Anders & Annalee Newitz, his “broodmates” in the Clarion class of 2012, fellow Altered Fluid members, sister Sarah, his mom “who taught me how to write a cover letter at age 12,” and his husband. He thanked his father “who, after a seven-year fight with cancer told me ‘I just want to see you sell a novel before I die’ and, 24 hours before he passed, we sold The Art of Starving.”

The Damon Knight Grand Master Award was presented to Peter S. Beagle by Rambo, who said, “This is a very meaningful award for me because Peter is one of my greatest influences and I know that The Last Unicorn got me through at least one very hard space.” Beagle read a few paragraphs from short story “Chandail” and sang lines from an NBC original musical about Marco Polo, which he’d heard when he was 17.

Walter Day, creator of Walter Day’s Science Fiction Historical Trading Cards, honored Beagle with a portrait-sized, framed trading card with his likeness. Day’s presentation was followed by the In Memoriam.

Mary A. Turzillo presented the award for Short Story to Rebecca Roanhorse for “Welcome to Your Authentic Indian Experience™”. Roanhorse thanked editor Jason Sizemore and guest editor Amy H. Sturgis, saying, “It astounds me to this day, this moment, that so many people love this very indigenous story, a story about the horrors of appropriation and consumerism, and I am honored that you like it…. Let this be a call to the all the editors and gatekeepers in this room. Native people are still here. We are writing and we have stories to tell.”

Alan Smale presented the award for Novelette to “A Human Stain” by Kelly Robson. Robson thanked her wife Alyx, editor Ellen Datlow, and the Tor.com staff, and said that the science fiction, fantasy, and horror community means everything to her. She addressed Connie Willis, saying, “Your stories brought me life” and told everyone in the room “I love what you do; there is no me without you.”

Shanna Swendson presented the award for Best Novella to Martha Wells for All Systems Red. Wells said, “I’ve had a lot of set-backs, including a four-year career crash, during which I considered giving up any idea of continuing my writing career. With the help of my agent, I got through that…. So I really didn’t expect this to happen.” Breaking into tears she thanked agent Jennifer Jackson. She also thanked Michael Curry, Lee Harris, Irene Gallo, everyone at Tor.com, cover artist Jamie Jones, and husband Troyce Wilson.

The award for Best Novel was presented by Patrick Rothfuss to The Stone Sky by N.K. Jemisin. Miller accepted for Jemisin, who apologized for not attending. Jemisin thanked former editor Devi Pillai, current editor Brit Hvide, and the Orbit team. She thanked “those who provided emotional support while I struggled through one of the most difficult periods of my life in the course of writing this book, when my mother passed away in March of 2017,” including family and friends, co-workers, assistants, and more. She thanked SFWA for the honor. She finished by saying that the intended message of the books is “fundamentally one of hope and perseverance against injustice…. The future that awaits us need not be dystopian. We can make it better; we must make it better.”

The next Nebula Awards Conference is planned for the Marriott Warner Center in Woodland Hills CA, May 16-19, 2019. 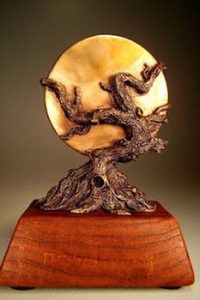 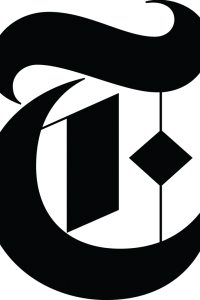