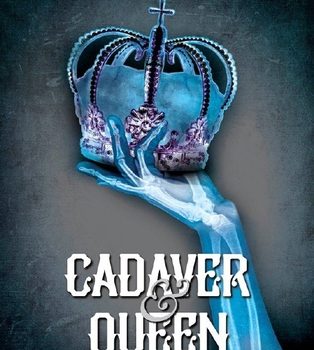 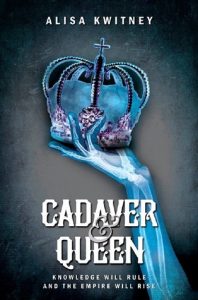 In Alisa Kwitney’s alternate history Cadaver & Queen, the governments of Europe are laser-focused on constructing armies of “Bio-Mechan­icals.” These mechanized cadavers are perceived as the solution to the most painful cost of war: human soldiers lost to combat. The problem is that Bio-Mechanicals have proven themselves to be good at shuffling along and taking basic direction, but are nowhere near ready for the complexities of war. The quest to perfect their construction is of crucial importance to several countries, but none more so than England, where the failing health of the aged Queen Victoria is of critical concern to the British Empire.

Kwitney’s heroine is the smart and determined Elizabeth Lavenza, who is the first female medi­cal student at Ingold Academy of Medicine and Bio-Mechanical Science. Eschewing the nursing school option that most of the men around her, (both teachers and students), think is more ap­propriate, Elizabeth willingly puts up with all the predictable sexist slights to pursue her dream. She has already achieved some technological great­ness (which unfortunately had to be credited to her father due to her gender) and is at Ingold to learn as much as she possibly can. The school’s gothic design and atmosphere, along with its heavy use of cadavers, seems to be a setup for horror, but Elizabeth makes a discovery that turns readerly expectations on their head: she finds a Bio-Mechanical who is still somehow “alive” (or alive enough for her invention to save). Kwitney cheekily gifts this very good looking young man with an appropriately predictable name: Victor Frankenstein.

As Victor and Elizabeth try to determine how he ended up a Bio-Mechanical (and why), they slowly begin to uncover the Ingold-based plot involving the Queen. At the same time, Elizabeth finds herself making some important friends and earning more than a few enemies. Kwitney brings all the traditional boarding school elements into the narrative, while also throwing Elizabeth and Victor together in several intense scenarios that produce expected romantic results. The two of them together are a fun and sometimes snarky detective team and while Victor struggles to handle his physical transformation, Elizabeth is forthright about her growing feelings for him. Kwitney makes clear, though, that this is not a zombie-style romance, but rather a love story with a few extra complications. The trip to the happy ending is going to be rough, but they will get there as long as they don’t get killed when distracted by the occasional swoony kiss.

Cadaver & Queen is a page-turning fantasy/romance that brings some joy and monster-righ­teousness to the traditional Frankenstein story, while adding its own unique wrinkles to the plot. The two main characters are solidly formed, as is the world they inhabit (Ingold is a particularly rich setting), but this does leave the support­ing characters to suffer in comparison. There are hints at a deeper story here and if Kwitney chooses to write a sequel, she should give these other characters room to grow. They could have added some depth to the novel and taken what is a solid teen romantic thriller up to a whole other level.