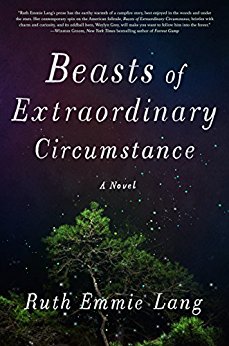 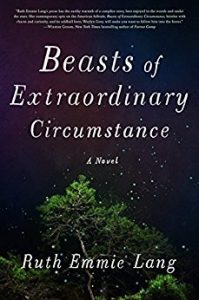 Weylyn Grey is a magical enigma. He can, apparently, control the weather, speak with animals, accelerate plant growth, and do other supernatural things on occasion, but he’s also a perennial outsider, walking in and out of other people’s lives only to leave them touched with enchantment and confusion.

Ruth Emmie Lang’s debut is a mosaic of viewpoints looking at Weylyn and his impact on his surroundings over the course of nearly fifty years. We hear from his first friend, from his foster sister, from a child who runs across him squatting in a cabin in the woods; we hear from people who love him and people who dislike him and at least one person who barely knows him at all. Lang’s intent is clearly to weave some kind of magical-realist tapestry using Weylyn’s otherworldliness as a catalyst to look at the lives and relationships of ordinary people, a gently numinous Americana.

Beasts of Extraordinary Circumstance is an ambitious and interesting project, but the idea of using a magical outsider to reveal things about the heart of America is inherently an extraordi­narily thorny and tangled one, given the ways America has traditionally dealt with otherness. It calls for a great deal of skill in differentiating times and places, handling the specificities of region and class, race and gender in a way that would illuminate them from a new and strange perspective.

Unfortunately, Lang’s ambitions are thwarted by the fact that, over half a century and more than a thousand miles of roving, all of her nar­rators – male, female, married, single, friendly, otherwise – share the same voice and are af­flicted with the same emotional constipation. Whimsy descend on this book, and in its wake the characterization is left in tatters. At one point, in Michigan, 1979, Nelson Penlore, an aging widower with a daughter he doesn’t know how to talk to and a small-town butcher shop, thinks the following: “I’m pretty sure the lyrics to every song I’ve ever heard now occupy the part of my brain that once controlled speech … I opened my mouth to wish her Happy birthday, but ended up mumbling The Crests’ ’16 Candles’ too quietly for her to even hear.” It should be noted that his daughter is turning 11.

This is not how real people behave, and it is also not convincing as belonging to its putative milieu. This is how people behave in a certain kind of magical-realist novel, with an overly self-conscious quirkiness. It doesn’t help that the novel’s overall plot is not strong: Weylyn grows up, falls in love, runs away from his girlfriend because he’s afraid his powers will hurt her, and looks her up again later. In the interim, there’s an interlude in which he works with his teenage nephew to get his powers under control, but we don’t actually see enough of that work for it to be convincing, so his about-turn to be willing to search for his ex feels like it comes out of nowhere. Weylyn himself is not an unap­pealing character (after all, he talks to animals and runs off with wolf packs), but we don’t get to hear from him directly until very late in the book, and then what we do get is restricted to a fairly restrained, factual narration, which is nevertheless more effective than any other part of the novel.

Probably the worst effect of the whimsy is the way it blurs times and places together. Weylyn learns to read on a borrowed copy of To Kill a Mockingbird, but, despite the fact that he is growing up in the South, race and racial issues never enter the text. Neither do any other social issues that would have been relevant to a young man growing up in the eighties, or the changes in behavior that take place as technologies progress. Nor do most regional differences, aside from the weather, which, granted, is given more focus than some of the human behavior. Lang’s moments of extreme weather are quite well-handled and are highlights of the book: the tornado, hurricane, and blizzard in question all feel very real and are described evocatively both in themselves and in their effects on hu­man beings.

Lang’s prose isn’t terrible, either, but it suffers from the same issues her characterization does, in that she seems to have no idea where to put the emphasis. Events that don’t need to be prettied-up get extremely poetic language, and sentences that start out subtle and strong fall quickly into mixed metaphor and that omnipresent whimsy.

It’s a shame that Beasts of Extraordinary Circumstance falls into the trap of letting this haze of quirkiness soften its thorns and defang its frequently referenced wolves. 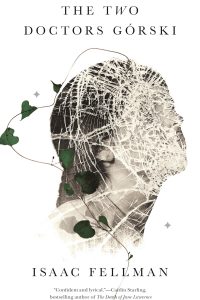