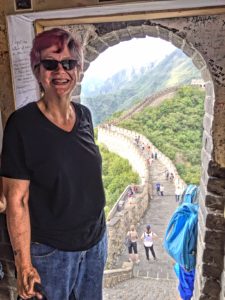 One of the things I insist to my students is that no writing advice is one-size-fits-all, aside from the general notion is that one should put words down in some form or another. Some people do what we affectionately call “pantsing” after the notion that one is writing by the seat of one’s pants, flying into the wordcloud and seeing what collects on one’s wings along the way. Others outline meticulously, create charts of character characteristics and astrological signs, and know exactly what they’ll arrive at. 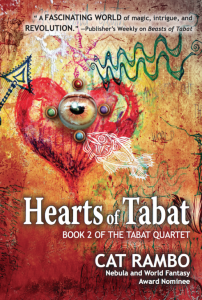 Most of us, I suspect, engage in a combination of the two. But I will continue to suggest that whatever works for the writer is the right thing for this and this is, in no little part, because of my own insane and convoluted novel process, which involves a combination of writing by hand and two separate pieces of software.

Stories are easy. Stories can be written in one sitting. But unfortunately a novel is a very different thing than a story, not just a version of it written much larger. And–for me at least–that process is considerably more complex, requiring numerous steps away from it.

My friends can tell you I do much of my writing by hand, in a hardbound sketchbook that I buy at the local art supply store. I’ve been through several dozen of these by now. Each one lasts one to three months, depending on what stage I’m in, daily productivity, and other writing that I’m doing. That notebook contains everything: free writes, meeting notes, journal jottings, random sketches, and part of finishing one up is the step of going through and creating an index for it on a back page.

Some of those free writes become novel pieces, and sometime after the creation of that index, I go through and type that stuff in, sometimes using dictation, other times just typing it out. I like the layer of editing that this transcription imposes, and I stick it all in Scrivener.

Scrivener is writing software that I’ve been using for a number of years now. It used to be Macintosh only, but in recent years, a Windows version has also become available. For me one of its main appeals is that you can move scenes around easily, which makes sorting the bits I’ve written much easier. Those freewrites are not in any sort of consecutive order– they’re scenes I’ve started, sometimes with an idea of what will happen, other times not. I move them around, thinking about the plotlines that have been growing in my head. As I do so I create markers for scenes that will need to be written still. Some of these I will freewrite; others will be typed at the computer, sometimes dictating, as I begin filling in some missing parts of the canvas.

At some point I have a structure in Scrivener that I’m happy with. I may use the software in order to look at a particular section, like all the pieces from a specific point of view, in order to make sure the chronology works, and I know there will be tweaks to that still, but overall, I’m happy with it and ready to do the next step, which is to export it into a second software, Microsoft Word, and print it out. 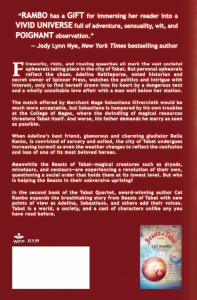 Putting the manuscript into Word makes no sense whatsoever, but for some reason I need to see the manuscript as a whole at this point, and this is what lets me do it. I sit down with the hardcopy and pen and begin scribbling and filling in. Post-its mark the spots I know I’ll need to keep going back to, and part of this step is slowly, one by one, being able to remove each post-it as I fix it.

And then? I take that Word document and begin the process of putting it back into a new Scrivener project, which is so kludgy and inefficient that it’s ridiculous. And yet it makes me look at the manuscript again, in a new way. It’s this part that I actually think might be a takeaway for writers. Part of revision is re-visioning, re-seeing. Getting new perspectives, new angles. Flipping the machine over to make sure it’s as pretty there as it is on the top layer, and wriggling all the bits to make sure nothing falls off.

My most recent book, Hearts of Tabat, is definitely the result of this process, and moments of work on it included breaking all of the pieces from one point of view out in order to compile it and have a Word document that was their narrative in consecutive order. I’d like to think the process has helped me create the richness of detail some reviewers have mentioned in the previous book, but who knows? I’m trying a much more structured approach in the YA space opera I’m completing right now.

All of this is to say: whatever works is what you should do. Writing process can be as idiosyncratic as writing style, and part of writing is learning to trust that process, to refine it without harming it, to figure out what is and isn’t essential. Every book is different, and the same holds true of its journey from word one to printed book. 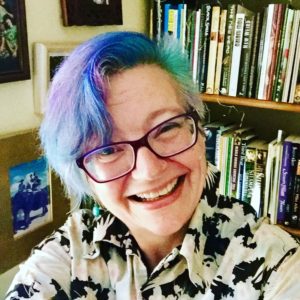 Cat Rambo lives, writes, and teaches atop a hill in the Pacific Northwest. Her 200+ fiction publications include stories in Asimov’s, Clarkesworld Magazine, and The Magazine of Fantasy and Science Fiction. She is an Endeavour, Nebula, and World Fantasy Award nominee and the current President of Science Fiction & Fantasy Writers of America (sfwa.org). Her 2018 works include Hearts of Tabat, writing book Moving From Idea to Draft, and the updated 3rd edition of Creating an Online Presence for Writers. For more about her, as well as links to her fiction and her popular online school, The Rambo Academy for Wayward Writers, see http://www.kittywumpus.net 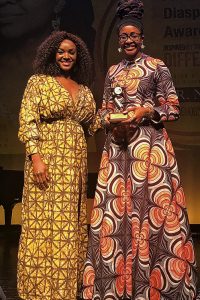