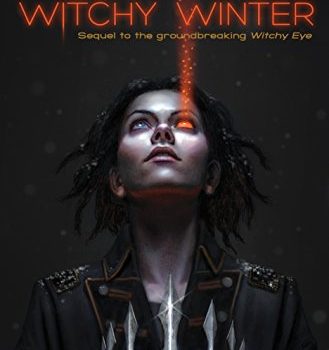 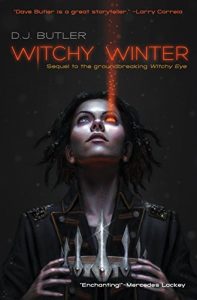 War and winter are coming in this second vol­ume in the epic flintlock fantasy series begun in Witchy Eye, which introduced this fascinating alternate history of a world where magic is real, and has greatly changed the course of history. Re­ligions are fascinatingly altered, and the magic, from various cultures, is intriguing. Despite the changes, the sense of frontier adventure is famil­iar, and names remain, just tantalizingly changed: America is just the New World, where William Penn and Benjamin Franklin helped build an em­pire, and now their descendants are fighting for control. Very much a middle book, this sprawling volume follows various characters, spread out from New Orleans to Ohio and Philadelphia. Sarah Calhoun, now going by her rightful name Sarah Elytharias Penn, is heading for the First­born Kingdom of Cahokia to take her father’s throne, but of course it won’t be that easy, with the beastkind armies of Simon Sword attacking, the Empire’s agents working on the “Pacification” of the region, and other powerful Firstborn already vying for the throne. Elsewhere, conflict builds: New Orleans is caught in a power struggle, and Sarah’s sister Margaret appears briefly. In con­trast, Sarah’s brother Nathaniel Chapel becomes a major character in this volume. He’s unaware of his true identity and thought mad because of the voices he hears, but he gets some unexpected help from an Anisinaabe tribesman. The Emperor, Thomas Penn, finally takes the stage as well, not the fearsome monster he seemed from a distance, but bad enough in his calculatingly ruthless way. There’s a lot going on, with plots on plots and a huge cast, but there are some wonderful charac­ters and plenty of lively adventures to keep things fun and full of wonder.