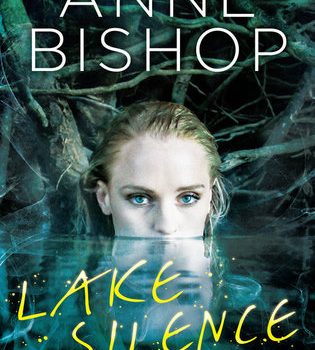 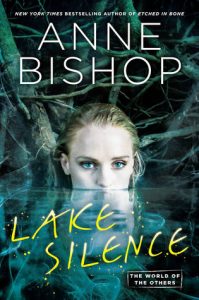 The need for understanding between humans and Others remains the crux of this first volume in a new arc in Bishop’s world of the Others. There are definite similarities with the previous volumes, such as the focus on bemused Others learning from a hu­man female needing protection from bad men, but new characters and the small-town setting offer intriguing differences. Vicki DeVine got the run-down lakeside resort called The Tumble as part of her divorce settlement, and though she knows the land itself is controlled by the Others, she doesn’t come face-to-face with the fact until she catches her only lodger, Aggie Crowe, microwaving a human eyeball. Aggie’s one of the shapeshifting Others, a crow, who stumbled across a human body. Vicki calls the police, but the nearby town of Sproing doesn’t have its own cops, so a highway patrolman, Wayne Grimshaw, comes to investigate – only cops from another jurisdiction soon take over. Unknown to Vicki and Grimshaw, a mysterious group has plans for The Tumble, and Vicki is very much in their way. Already scarred by her emotionally abusive ex-husband, Vicki triggers unexpected protective behavior in the people around her, notably the Others, who want The Tumble back in business as a way to learn about humans. Fortunately, Grimshaw’s boss decides to have him stick around. Misunderstandings continually crop up, often with amusing results, but also with an edge of fear, since some of the Others have great power, no tolerance for human stupidity, and no compunction about killing. The tone edges towards horror at points, though it’s frequently defused as things go amusingly over-the-top. The bad guys are loathsome, some of the locals are delightful, and new types of Others help keep things fun.