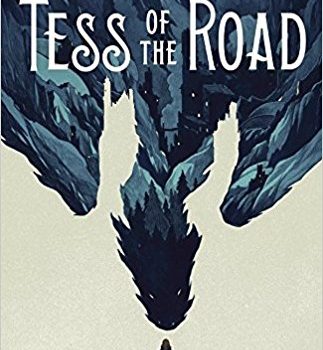 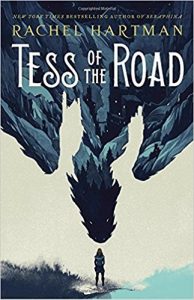 Hartman follows up her young-adult fantasy duology begun in Serafina with this first in a new duology featuring Serafina’s younger half-sister, Tess. An irrepressible, curious, and imaginative child, Tess became the focus of her bitter and reli­giously repressive mother’s determination to pun­ish wrongdoing and turn her into a proper young lady, like her twin sister Jeanne. Instead, Tess has gotten herself into enough trouble that the family plans to put her in a convent. Having thoroughly burned her bridges behind her at Jeanne’s wed­ding, 17-year-old Tess runs away, unexpectedly falls in with an old friend – a childhood partner in crime – and finds herself on a quest to prove the existence of a legendary creature. She finds the road freeing, and full of adventures, if not quite the sort her younger self dreamed of, but she also has a chance to remember the past and re-evalute various aspects of her life. Serious, traumatic moments mix with irreverent humor, amusing characters, wry observations on life, and fascinating details of this world, particularly some surprisingly intimate details of the lives of the reptilian quigutl. Tess’s personal journey makes a delightful adventure, as she grows from angry, traumatized teen to a young woman determined to do some good in the world, find the good in herself she’d denied so long – and enjoy a good adventure or two. 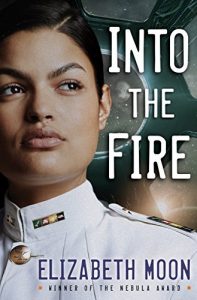 Things take a sudden turn for the worse in this second book in the Vatta’s Peace series. In the first book, Kylara Vatta managed to save a bunch of survivors from a shuttle wreck that landed them on a deserted, ice-bound continent, and ended up a hero. But when she tries to take a little rest and relaxation before buying a ship with her multi-tal­ented boyfriend Rafe and leaving Slotter Key, she finds out all her money, including her back pay, has been frozen, pending accusations of causing various deaths. All the evidence she’d carefully gathered from the shuttle crash and subsequent events has disappeared – along with the survivors, who have been hidden, drugged, and quarantined for a non-existent disease. Then her family gets attacked. Finally, Ky gets mad, and goes into her best military mode, planning to rescue the miss­ing survivors – and find out who’s behind all the attacks. At points, this has elements of a prison break/caper story, but the conspiracy she’s up against is huge and vicious, and Ky has to rely on help from a variety of outside sources, even helpful strangers and, ultimately, the stupidity of some of the bad guys, It’s quite an adventure, with an impressive big final battle, but not the brilliant strategic operation I was expecting. 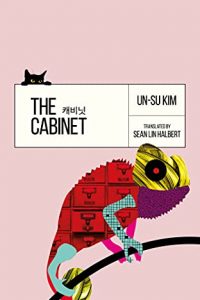 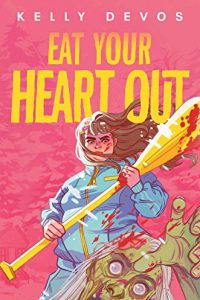