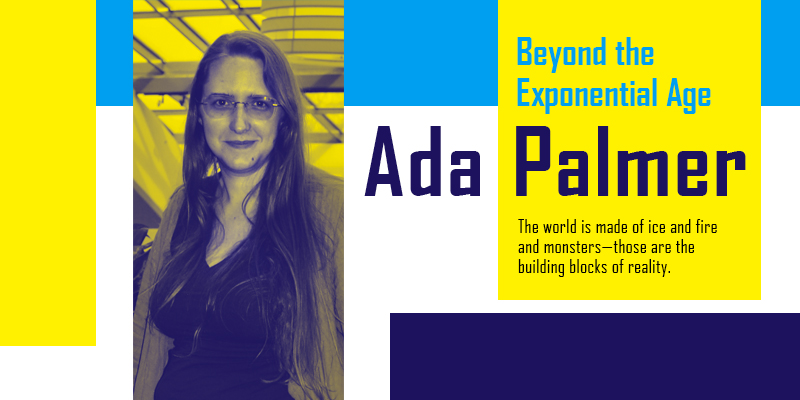 ADA LOUISE GRACE PALMER was born June 9, 1981 in Washington DC. She grew up in Annapolis MD and went to college two years early, at age 16. She attended Simon’s Rock College of Bard for two years, then transferred to Bryn Mawr College, where she studied Re­naissance history. She did her PhD at Harvard, spending time studying in Florence and Rome, partly funded as a Fulbright fellow. She graduated in 2009, and taught at Texas A&M Uni­versity from 2009-2014 before moving to Chicago to teach at the University of Chicago. She has published many articles on history, and academic books The Recovery of Classical Philosophy in the Renaissance, a Brief Guide (2008, with James Hankins) and Reading Lucretius in the Renaissance (2014). She is also a musician, composer, and singer.

Palmer’s debut novel Too Like the Lightning (2016) won the Compton Crook Award and was a Hugo finalist and a Tip­tree honor book. It began the Terra Ignota series, which con­tinues in Seven Surrenders (2017) and The Will to Battle (2017); final volume Perhaps the Stars is forthcoming. Palm­er won the John W. Campbell Memorial Award for Best New Writer in 2017.

“I grew up reading fantasy and SF. My fa­ther had been a fan for many years, so we had a big library of things, and when we went to the public library I gravitated to­ward books with pictures of dragons on them. He would faithfully check them out and read them to me, even though he already owned different copies of the same book, because you don’t try to explain that to a four-year-old. At one point we were in the public library, and someone had misshelved the giant hardcover edition of The Hobbit that has Smaug on the front in with the Dr. Seuss books. So I picked that up, and I could barely lift it. ‘Read this to me!’ So ever since then I’ve read lots of SF/F, and I wanted to write it since I was small enough that my memories are vague. That just kept up, both reading and writing.

“I did lots of summer writing courses, espe­cially courses in essay writing and prose poetry, which were great. But I really liked history, and enjoyed the meaty question of the history of ideas, how ideas change over the course of human history, what makes a heresy become acceptable, or a commonplace fade away. I was fascinated by that kind of question, which involves a lot of reading and research to inves­tigate. In my view a history degree is just as useful for a writer as a creative writing degree, because it’s about how much writing you’re do­ing, how much reading you’re doing, how many paragraphs you’re producing. History is a great tool for that, because you spend your time writ­ing and reading. Being a historian is excellent for science fiction, because we have to think about how societies change over long periods of time, and how technologies change society. When I sit down to build a future history, I’m us­ing past history, and as a historian I’m used to thinking about questions such as, ‘What is the origin of the currency that the civilization uses? Where did it come from? Has it changed value over time? If so, how and why? What is the sta­ple crop the civilization farms? How does that affect the density of the dwellings of the rural population? How does that affect how quickly news can spread in a political or military situa­tion?’ Which are not questions that most peo­ple are necessarily trained to ask, whether in a science fiction or fantasy world.

“What I look at as a historian often is the dif­ferent ways people imagine their own pasts. The Italian Renaissance is obsessed with an­cient Rome and ancient Greece, and they have a very specific set of ideas, which are not our ideas, nor are they medieval ideas, or 19th cen­tury ideas. They had a particular imagined era of Greece and Rome, just as we have our own. All different periods in time have had particular past eras they’ve celebrated, or condemned, or attempted to imitate or characterize in one way or another. I wanted to think about the future in my books in relationship with its past. Which eras of the past are they fas­cinated by? Which eras are they compara­tively silent about? It’s going to be different for different futures. I remember getting a lot of fun comments on the point when we learn this future considers the first World War to have begun in 1914 and ended in 1989, because we relabel and reperiodize. Histo­rians are constantly saying, this era ended here or there. Or whether WWI and WWII are two wars or one. Something like the Thirty Years’ War, are they independent wars that have been relabeled and renamed at differ­ent points?

“I started worldbuilding Terra Ignota in the latter parts of undergrad, and was con­tinuing to build it through the initial stages of grad school, and then writing the books in the later stages. I do tons of worldbuild­ing – usually years until I feel I know the world really well. I was worldbuilding the world of Terra Ignota for five years. Then I sit down to outline the series. It took me six months to outline all four books, beginning to end. I don’t feel like I know a world thor­oughly until I know about ten times as much information as will actually come up in the book. That way, as I’m writing, if I find myself gravitating towards something unexpected, I know it. I don’t have to dodge around it. I don’t have to think, ‘What cuisine is there going to be in that place?’ I don’t have to reach for stew because stew is the obvi­ous choice. I know that everything won’t be in the books, so as a result, I relax and fit in whatever fits in. There are always a few things I’m determined to put in, because they are important issues I want to explore in the book.

“I try to talk about things that are hap­pening in the world today, but also things that are recurrent in lots of eras. Since cer­tainly the 18th century if not before, we, as a civilization, at least starting in the West­ern tradition, have been heavily rethink­ing gender and what gender means. That is absolutely a hot issue right now, and for a lot of people, it feels like a very recent hot issue, because a new iteration of that con­versation has come up in newly politicized ways. But it’s been a hot and politicized is­sue in different ways for 300 years, and it’s plausible it will be a politicized issue again for another several centuries. There are a lot of things my series looks at: the relationship between people and the government, ques­tions about how much self-determination people have in their political world, ques­tions about globalization vs. group identity that are absolutely hot issues right now, but have been hot issues for a long time, and will be hot issues going forward. I always find it very interesting, because people say, ‘These books feel so current,’ and when the books comment on late-stage America in politi­cal crisis, people think I’m addressing issues raised in 2016…. but I finished writing book two in 2008. Those issues were hot issues then, and they will be again.

“I don’t see cycles in history so much as I see the same thing becoming useful for a new purpose. Or the same set of questions raised in a new context, for new reasons, and asked in new ways. When you see a historical revival, it’s often because there’s a contem­porary crisis of that moment, and a historical revival feels like a way to solve and address and respond to that crisis. It’s not actually as if the Italian Renaissance genuinely recon­structed ancient Rome. They redeployed an­cient Rome, and turned ancient Rome into a powerful tool, which could achieve a bunch of social and political things. It can feel cy­clical, but in no way is it cyclical – it’s much more that it’s cumulative.

Read the complete interview in the May 2018 issue of Locus. 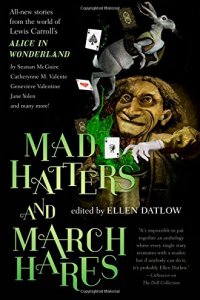 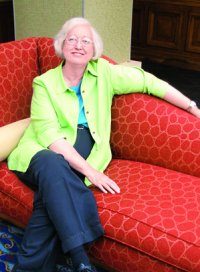 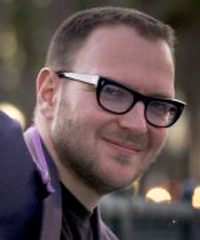