The 39th International Conference on the Fantastic in the Arts (ICFA) took place March 14-18, 2018 at the Orlando Airport Marriot Hotel. The theme was ”200 Years of the Fantastic: Celebrating Franken­stein and Mary Shelley”. Academics, writers, publishers, editors, artists, students, independent scholars, and more participated, with about 457 people attending (down from 490 last year) and about 306 either presenting a paper or appearing on a panel (up from 297 last year). John Kessel and Nike Sulway were the guests of honor, with guest scholar Fred Botting.

Many panels and papers were related to the Frankenstein Bicentennial, but others covered a variety of subjects from dystopias to speculative vegetation. Some of the papers were ”Navigating Enfreaked Disabilities in the Realms of Victorian Fairy Tales”, ”More Trouble Than They Were Worth: Three Examinations of Deicide in Fantasy Literature”, and ”’It is difficult to blame it, unless it fails’: Escapism and Dismissal in Speculative Fiction”’.

IAFA President Sherryl Vint said ”I thought the conference was a very fitting tribute to Shelley herself – feminist icon, intellectual woman, and committed political reformer.” Sulway’s powerful guest of honor speech ”Gather My Bones; or, Dead Women Dancing on your Grave” drew a parallel between the construction of Frankensteinian monsters and current events, including the painfully present shooting at Parkland, and explored the deeper meanings of ”willfulness,” monstrosity, and resistance. John Kessel’s guest of honor address ”Mary, Jane, and Me” touched upon ad­aptation as a critical and creative practice, paying tribute to the influences of Jane Austen and Mary Shelley, both personally with the origin story of writing Pride and Prometheus, and as broader cultural influences. Guest scholar Botting’s luncheon talk ”Humanism to Trashumanism: Franken­stein (Mary Shelley) in Frankenstein (Bernard Rose)” applied the tropes and tools of the gothic to a compelling analysis of modern homelessness and ”trashhumanism.”

The weather was mild all weekend, perfect for poolside lounging. Car­rie J. Cole and Kelli Shermeyer presented the ”ICFA Flash Play Festival III: Unfashioned Creatures… Half Made Up” on Friday evening. Cole said, ”It was particularly lovely to have guest of honor John Kessel as our master of ceremonies this year, as he has been a long-time supporter of theatre at ICFA.” Plays included ”Panspermia” by James Patrick Kelly (performed by Jennifer Gunnels, Alayne Peterson, and Sean Nixon) and ”Future Expense” by Andy Duncan (performed by Max Gladstone, James Patrick Kelly, and John Chu).

Other highlights included ”To See the Universe Unseen”, a slideshow presentation by Geoffrey A. Landis on the history of science, innovation, and instrumentation, which ”focused” on microscopes and telescopes, and a ”Clone with Joan” breakfast with Joan Slonczewski on the topic of bizarre biology. Valorie Ebert & A.P. Canavan tied the knot right before the conference and celebrated with a cake and reception at ICFA, where they met.

Saturday night featured a wine and beer reception, followed by the awards banquet, attended by about 200 guests (down from prior year’s 236). Donald E. Morse opened the evening by discussing the theme, thanking the guests of honor, and presenting them with gifts. First Vice President Isabella van Elferen introduced Gary K. Wolfe to emcee the awards.

Sheila Williams, editor of Asimov’s, announced the runners-up and honorable mentions of the Dell Magazine Award for Undergraduate Excellence in SF and Fantasy Writing. First place went to Arthur Davis for ”Happy? Sad?”. First runner up was Claire Spaulding for ”Four Days to Opening Night”.

Frelik presented the Jamie Bishop Memorial award for Guangyi Li’s work, ”The King of Electricity from the East: Science, Technology, and the Vision of World Order in Late Qing China” (originally published in the Chinese-language journal Comparative Literature in China).

Van Elferen presented IAFA’s award for an outstanding student paper, formerly called the Graduate Student Award but rechristened two years prior as the David G. Hartwell Emerging Scholar Award, to Kelli Shermeyer for essay ”The Future is Fey: Towards a Posthuman Dramaturgy in Caryl Churchill’s The Skriker”.

Wolfe spoke about the Crawford Award for the Best First Fantasy Book, inject­ing humor into the introduction. He lauded the nominees, saying, ”These are all worth reading. I mean, they are finalists, but that doesn’t mean you shouldn’t read them!” Her Body and Other Parties by Carmen Maria Machado (Graywolf) took the award. Machado said, ”We have always lived in a terrifying and precarious world…. We live in a world that does not treat our humanity as a given…. Stories exist whether or not we commit them to the page. All we can do is fight it; to fight it we need to put words to it. This is what artists do and we must keep on doing it.” Machado expressed gratitude to agent Kent Wolf, editor Ethan Nosowsky and Graywolf, the Crawford jurors and the IAFA, Iowa Writers’ Workshop classmates including Eugene Fisher, fellow finalist Sam J. Miller and other Clarion classmates, and wife Val who ”approaches the world with compassion and tenderness when I approach it with profound crankiness.” She thanked everyone who has read and loved the book, saying, ”She’s yours now.”

IAFA President Sherryl Vint presented the Distinguished Scholar award to guest scholar Botting, who was overwhelmed and said, ”I don’t know what to say…. Thank you very much.” Vint closed the ceremony and invited attendees to the party at the poolside bar (to happy screams).

The theme of next year’s 40th annual conference will be ”Politics and Conflict”, to be held March 13-16, 2019 in the same location. G. Willow Wilson will be the guest of honor, and guest scholar will be Mark Bould. 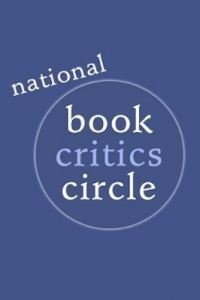 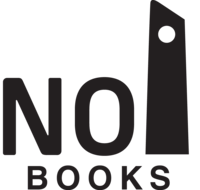