Oathbringer by Brandon Sanderson returned to the top spot on the hardcover list this month, followed closely in second place by Pierce Brown’s Iron Gold (book four of the Red Rising series). Dark State by Charles Stross, book two in the Empire Games series (Tor), was the new runner-up. We had 47 nominated titles, up from 45 last month.

Robin Hobb’s Assassin’s Fate (book three in her Fitz and Fool trilogy), barely edged out The Collapsing Empire by John Scalzi to win first place on the paperback list. The new runner-up was Convergence by C.J. Cherryh, book 18 in her long-running Foreigner series (DAW). 55 titles were nominated, up from last month’s 52.

Welcome to Night Vale: It Devours! by Joseph Fink & Jeffrey Cranor moved to the top of the media and gaming-related books list with a respectable lead over the second place finisher Star Wars: The Last Jedi: The Visual Dictionary by Pablo Hidalgo. There were no new runners-up. We had 28 titles nominated, down from last month’s 30.

From the April 2018 issue of Locus Magazine 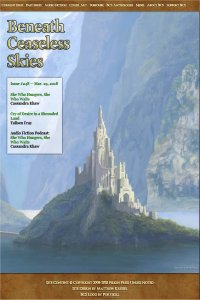 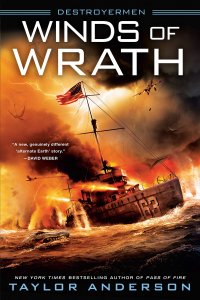 March 20, 2015 admin Comments Off on New in Paperback, March

Episode 24: Transformative Horror: “The Fruit of My Woman” by Han Kang (translated by Deborah Smith) and “The Good Husband” by Nathan Ballingrud Ballingrud’s work is frightening, Kang’s is surreal, and both are disturbingly beautiful in their portrayal of how a person’s radical transformation can destabilize their marriage… or are they about how marriage can precipitate a radical transformation? Tune in to hear us tease out the nuances of these