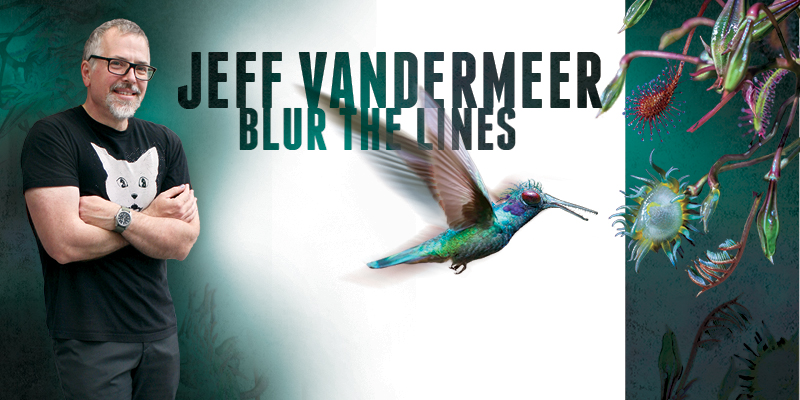 Jeffrey Scott VanderMeer was born July 7, 1968 in Belfont PA, and grew up in the Fiji Islands (where his parents worked for the Peace Corps), Ithaca NY, and Gainesville FL, where he attended the University of Florida for three years. He went to Clarion in 1992.

VanderMeer’s first story of genre interest was “Night Prayers”, ap­pearing when he was in high school in 1986; early work also appeared in Asimov’s and Weird Tales. His first book was self-published collec­tion The Book of Frog (1989), and other collections include The Book of Lost Places (1996), Secret Life (2004), Secret Lives (2006), The Surgeon’s Tale and Other Stories (2007, with Cat Rambo), and World Fantasy Award finalist The Third Bear (2010). His novelette The Situ­ation (2009) was a Shirley Jackson Award nominee, and was adapted as a web comic with a script by VanderMeer and art by Eric Orchard. Some of his poetry was collected in Lyric of the Highway Mariner (1991) and The Day Dali Died: Poetry and Clash Fiction (2003).

VanderMeer’s pioneering New Weird series, Ambergris, began with Sturgeon Memorial Award-winning novella Dradin, in Love (1996) and continued with World Fantasy Award winner “The Transformation of Martin Lake” (1998), novellas “The Strange Case of X” (1999) and “The Hoegbotton Guide to the Early History of Ambergris by Duncan Shriek” (1999), all collected in City of Saints and Madmen: The Book of Ambergris (2001; updated with new stories in 2002). Other works in that world include Shriek: An Afterword (2006) and World Fantasy and Nebula Award nominee Finch (2009). He also published World Fantasy and Bram Stoker Award nominee Veniss Underground (2003), and a tie-in Predator novel in 2008.

VanderMeer’s latest novel is the national bestseller Borne (2017), set in a postapocalyptic city terrorized by a giant flying bear, which LitHub hailed as the best-reviewed SF/F novel of the year; he also published related story The Strange Bird (2017; print edition 2018). Environmental thriller Hummingbird Salamander is forthcoming (and has been optioned by Netflix), as is his debut YA, Jonathan Lambshead and the Golden Sphere.

VanderMeer has been a prolific editor since the 1980s, when he founded The Ministry of Whimsy Press while still in high school, and in 1989 began publishing ‘zine Jabberwocky, which ran for two issues. He co-edited three volumes of the Leviathan anthology series, in­cluding the Dick Award nominated and World Fantasy Award-winning third volume (2002, with Forrest Aguirre). He edited anthologies Album Zutique (2003) and Hugo Award finalist The Thackery T. Lambshead Pocket Guide to Eccentric and Discredited Diseases (2003, with Mark Roberts).

VanderMeer’s non-fiction includes essay collection Why Should I Cut Your Throat & Other Nonfiction (2002), Booklife: Strategies and Survival Tips for the 21st-Century Writer (2009), Monstrous Creatures (2011), and The Steampunk Bible: An Illustrated Guide to the World of Imaginary Airships, Corsets and Goggles, Mad Scientists, and Strange Literature (2011, with S.J. Chambers), and sequel The Steampunk User’s Manual (2014, with Desirina Boskovich). Wonderbook: The Illustrated Guide to Creating Imaginative Fiction (2013) won a Locus Award and BSFA Award and was a Hugo Award finalist. He has taught at Clarion and is co-director of the the teen workshop Shared Worlds, now in its eleventh year. He was the 2016-2017 writer in residence for Hobart and William Smith Colleges in upstate New York.

The VanderMeers live in Tallahassee FL.

“The experience of having Annihilation released as a film has been very surreal all the way through. It’s the first time I’ve had something adapted, and the director had a very particular vision. It’s surreal having all that stuff happen, and having no control or input. The movie launched last weekend. It took me some time to reconcile myself to the fact that the film is a unique vision, where someone took elements of my work and made something that’s true to the tone and texture, but also deviates a lot from my vision. I saw the film for the third time this last week, and I have to be honest, I thought it was quite beautiful and amazing, but it took a long time for me to get to that point. The direc­tor had to decide what would be strange and what would be familiar in ways different from the book. There’s stuff about the characters up front that I would say is more ordinary than the book, but later on the film gets more surreal than the book. That’s the tradeoff. Other things are translations, like the bear in the film. He decided he needed a recurring animal. The moaning creature is in other books, so I can see why he would think about the moaning creature, and create the bear. The first few times I saw the bear, I thought, ‘That’s very different from the book.’ When I saw it again, I thought, ‘That’s a reaction to the book.’ It’s a transformation. At the end of the day, I think it’s better to have an interesting and challenging version that’s true to the texture of the book but different, than to have something that was spot-on, but maybe cheesier. In many ways, it’s like a different expedition into Area X than the one in the book.

“But, having been through that process, I do want to be more involved in future. Going forward on other projects like Hummingbird Salamander, the next novel, which was optioned by Netflix, I’ll be taking a larger role there, as an executive producer and a consultant. Some of the other adaptations that are coming out I can’t re­ally talk about yet, but I will also be involved in their creation. I’m trying to find the right distance, because I don’t necessarily want to be in a writers’ room, even as it’s exciting to think creatively in this area. The creative consultant role is a good one for me, where I can have creative input but not get sucked into the process to such a degree that I stop being a novelist. Mostly, I want to write books.

“The problem I have right now is whatever the opposite of writers block is. I’ve got like 20 note­books worth of stuff, and if I just work on those, I’ve got 15 years’ worth of novels and stories. Because of making contacts in Hollywood, my subconscious has been routing some of this stuff away from fiction. Some ideas are better suited for TV or movies, and so I just do treatments instead. To some extent, I don’t care if they get made. I mean, I do… but I don’t. The main thing is to relieve the pressure in my brain. Once I write something down in that form, my brain seems to think it’s gotten resolution. Then my film agent sends this stuff out. Some of it looks like it’s go­ing to stick. It’s been nice to have that outlet – to think of these ideas in terms of what media they suit best. I haven’t done dozens or anything, but there are at least three media projects making the rounds. One’s very science fiction – what I think of as the ultimate space opera. Space opera is very weird at its core; the best of it gets away with deeply commercial things disguised by familiar tropes. I wrote what you might call a mini-novel, 100 pages with scene fragments and actual dialogue and stuff, so it’s pretty complete. It just suited that format better. I’m a pretty visual writer, so it’s natural for me to take a lot of tech­nique from film and TV and translate it back into fiction, anyway. Film gets a bad rap for introducing things like jump cuts into fiction, but there is so much amazing and subtle technique in films that can be translated. But I’m still mostly working on actual novels.

“I’ve been a full-time writer since 2007. It took a while to adjust to that psychological aspect of not getting a regular paycheck, although I think I’m used to it by now. My process is such that I’ll spend the afternoon taking a hike or going to the gym, and that’s prime thinking-about-writing time. I have more time to think about things, so I don’t have to spend as much time writing it. I wake up in the morning and write for two hours, then take notes and think about what I’m writing, and repeat the process. That seems to create a lot of words. There’s a certain pressure point where I feel I’ve thought about it enough, and I have to write it, but I’m not one of those people who has to sit down and write a certain number of words each day. So long as I’m reenacting or playing out the story in my mind, it’s almost like I am writing. I just need the connection in my head. There are ways to find separation, so while I was working on this last novel, I had another story I wanted to work on, and every night before bed I would write in my journal next to the bed for 15 minutes. If you do that for five months, you get it done. That’s worked really well, too.

“One of my first story sales was to Asimov’s when I was very young, so I’ve been writing pro­fessionally for 30 or 35 years. It’s a weird thing for me, because for seven years before Annihilation came out, I was a full-time writer, and I thought it was a big deal, because it’s hard to do that without being on the bestseller list. Now people are saying, ‘This cult novelist has finally made it big.’ I do understand that Area X is an order of magnitude different, and it’s very satisfying. You don’t often get that opportunity in your mid-forties. When my second novel, Shriek, came out, I had a day job that was very lucrative, and then I had all this roy­alty money coming in, and I kind of lost my mind. I literally did the thing where you buy 13 pairs of shoes and other stupid shit. It was a stupid year. The point of that is, when the Annihilation movie stuff hit, I had already had that stupid moment – that period of adjustment – including the period where you suddenly go from being in the small press to being published by a large commercial publisher, with a lot more reader interaction. That actually blocked me the first time. I’ve already gone through all of that stuff, though. When An­nihilation and the Southern Reach trilogy hit big, it was just fun. Readers have been great because there’s enough ambiguity in the series that they bring their own fan art to it, and their own fan fiction. We have this imaginative play going on between readers and me online, which is really cool. With Borne, it’s even more so, because I gave everyone the go-ahead to do fan art and was encouraging them, so even before the book came out there were all these depictions of Borne and of the giant bear Mord, and that just proliferated when I was on book tour. It’s useful when thinking about the Annihilation film, because there have already been these visual translations of what I was doing that felt like they were mine, but also other people’s.”

Read the complete interview in the April 2018 issue of Locus. 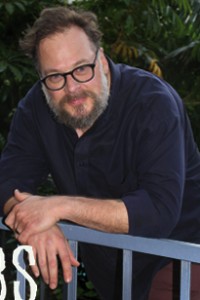 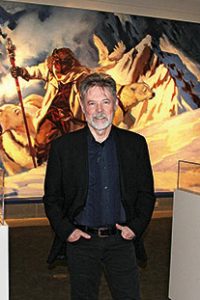 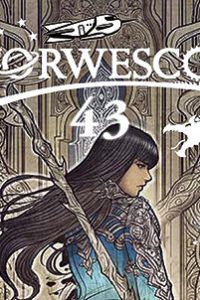