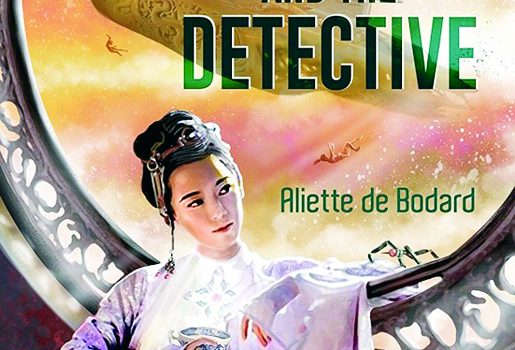 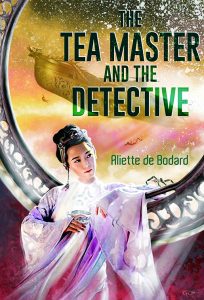 Aliette de Bodard is another writer who, in a career of barely more than a decade, has shown remarkable versatility, shifting from the multiple award-winning, far-future space opera settings of her Xuya series to the Dominion of the Fallen fantasy novels, which seem to occupy a territory no one had suspected was even there, somewhere between John Milton and Victor Hugo. Much the same might be said of her Xuya stories, set in a far future derived from an alternate history in which China discovered the New World first and became a global power, along with Vietnam and the Aztec empire. The Tea Master and the Detective is set in this universe, and provides a comfortable entry point for new readers, even though little of that elaborate backstory is revealed. It’s also an ingenious Holmes-and-Watson pastiche which eventually revolves around the testy relationship between the two principles, an intelligent mind­ship called The Shadow’s Child, retired from military service after a serious injury, and her latest client, an arrogant and abrasive researcher named Long Chau, who has a mysterious past but turns out to be a consulting detective (or a “solver of people’s problems” in her own words).

In a kind of scholarly backwater called the Scat­tered Pearls Belt, The Shadow’s Child is making a living as a “tea master,” which actually involves concocting psychotropic brews, individually tai­lored to the customer’s specific body chemistry, which make it possible to survive in the “Deep Spaces” – regions beyond normal space which vaguely recall Cordwainer Smith’s “great pain” of the “up-and-out.” She’s initially not impressed by her new client, who can be just as annoying as Sherlock himself in showing off her skills at deduction. The banter between them is one of the more entertaining aspects of the tale; when Long Chau makes a series of observations about the spaceship’s recent damage, saying “I thought you’d want to see how I’d come to those deduc­tions,” she gets a snappy “No. I don’t.” Needless to say, this eventually serves as a prelude to a lasting friendship, as the two begin to learn more about each other’s backgrounds, anxieties, and somewhat tattered ideals.

The assignment that Long Chau brings to The Shadow’s Child is both odd and a bit gruesome: she wants to find a corpse floating in open space in order to study the long-term effects of exposure to space on the human body. This involves an excursion into the Deep Spaces and the “currents of unreality” that are so threatening to humans, and when they finally do find a corpse floating in space after an apparent accident, Long Chau’s observational skills suggest that some sort of foul play might have been at work. As the mystery plays out – ingeniously making use of clues which also reveal aspects of de Bodard’s future tech – we also learn more about an earlier rebellion, Long Chau’s shadowy past, and the community of sen­tient ships with Banksian names like Sharpening Steel into Needles and Pomegranates Buried in Sand. As a classical blend of far-future SF and traditional murder mystery, The Tea Master and the Detective should satisfy readers unfamiliar with the Xuya universe, but at the same time it’s an intriguing introduction to that universe, much of which seems to lie just outside the borders of this entertaining tale. 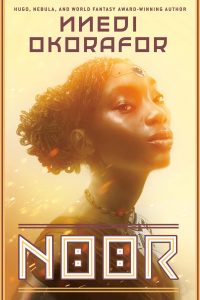 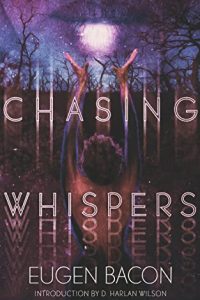