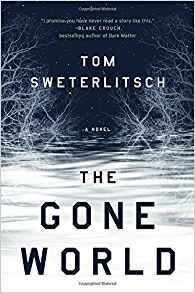 Tom Sweterlitsch’s The Gone World kept me up at night. My awakeness wasn’t caused by the ideas contained within this moody novel, but from a hunger to know what would happen next to NCIS Special Agent Shannon Moss, whose investigation into the gruesome murder of a Navy SEAL’s family takes some science fictional turns.

In Sweterlitsch’s world, the US Navy has been running two secret operations for decades: Deep Space and Deep Time. The first is fairly self-explanatory. Personnel have been sent into the vast reaches of the universe just to see what’s out there. The second, in addition to providing some R&D for Deep Space, is a boon for law enforcement. With the right warrant, an agent can go forward in time to uncover possible subjects.

As you’d imagine, there are consequences.

The biggest is the Terminus, an extinction-level event that happens in the far future. Well, it starts out happening in the far-future. As more people time-travel, its date keeps moving closer and closer. That is, as you’d expect, not good.

But there are individualized consequences as well. Because of all of her bouncing around in time, Moss is never the age she should be. She is also haunted by all of the futures she has known, all of which pop like soap bubbles when she is no longer in them. How much of what she knows to be true is based on reality and how much on memory? And what does that do to her life? While she wades through those larger issues, she has a couple of murders to solve and, in doing so, pulls the Terminus ever closer.

Sweterlitsch juggles all of these balls master­fully. His Moss feels fully realized and the plot is propulsive, as my late nights can attest. 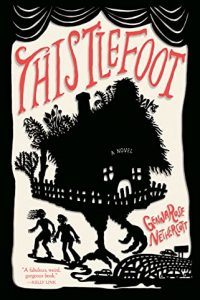 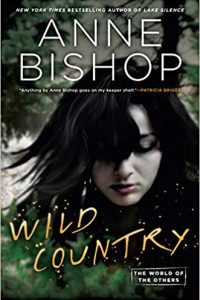