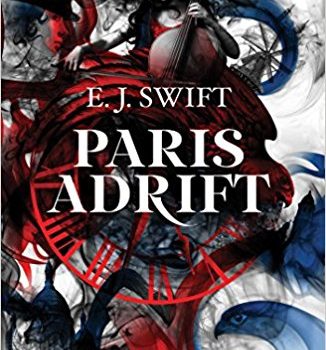 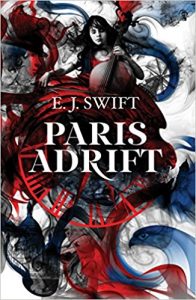 E.J. Swift’s previous series, The Osiris Project (Osiris in 2012, Cataveiro in 2014, and Tamaruq in 2015), seems to have fallen foul of the dissolu­tion of then-independent publisher Night Shade Books, as Osiris came out from Night Shade in the US and Del Rey in the UK – but in the US, its sequels came as electronic versions only. No wonder, then, that it seems to have made little im­pact on general consciousness: publishing travails can seriously interfere with a novel reaching its intended audience.

Paris Adrift is Swift’s new novel. It’s science fiction by convention, as most time-travel novels are, though in this case the time-travel mechanism is even less scientific than usual. There are anoma­lies in certain places, each of which can attract one person. That person can then travel through time by means of the anomaly, but it takes a toll, one very much like an addiction: not only does it become hard on the person’s body, but it’s hard to leave the anomaly behind.

Paris Adrift opens a couple of hundred years from now, where a group of people capable of travelling in time are huddling in a bunker, wit­nessing the end of the world. The world is being destroyed in a nuclear holocaust, unless they break their code of practice – unless one of them, a man called Léon, goes back in time, influences another person into the shadow of the anomaly that would be particular to them, and influences them to change the past with the help of a disem­bodied time-traveller, the “chronometrist,” who’s no longer quite human and can only communicate by possessing human bodies. This all seems rather complicated – as, indeed, it is – but it’s merely the frame for the rest of the story.

Hallie has cut herself off from her dysfunctional family, put her university degree on hold, and fled to Paris. Unemployed and shortly to be homeless, she finds herself outside a bar called Millie’s, to which she’s been directed by a man called Léon. Hired at Millie’s, Hallie finds herself caught up in a whirl of work, work friendships, drinking, and partying: in an international milieu populated by students on gap years, Ph.Ds in philosophy who’re taking a long break, people who drift from country to country, and people who haven’t yet found where they belong, it’s normal to be a bit estranged from your family, or to be young and have no idea what to do with the rest of your life. Hallie finds this life appealing, or at least it keeps her busy enough that she doesn’t need to think about resolving the questions of what to do (or feel) about her family, and whether she wants to be at university or not.

Then she encounters the anomaly.

At first it’s a mystery. Or, she thinks, maybe a hallucination: she can’t really have travelled in time, however briefly and over however short a span of days. Soon thereafter, she encounters the chronometrist, and finds herself face to face with true (and disturbing) weirdness. With no other map to guide her, she winds up following the chronometrist’s weird-as-hell instructions (despite finding the chronometrist’s first body – at least the first body Hallie encountered her in – in the ice freezer in Millie’s basement). In Paris just after the Commune, she meets a woman called Millie, a low-class courtesan, and becomes involved in her life; she also affects the building of the Sacré Coeur, so that it never happens. Instead, the architect creates a giant green windmill, the Moulin Vert.

Later, again spurred on by the chronometrist, Hallie visits Paris in the 1940s and helps a young Jewish musician, Rachel, escape the city with her cello. Meanwhile, in the present – very much a now, where discussions of politics centre on the rise of rightwing nationalism, Brexit, and America’s broken executive – Hallie begins a relationship with Léon, whom she doesn’t yet know is a time-traveller, confides in her friend Gabriela about her experiences with time-travel, and gets increasingly more drawn to using the anomaly, which takes a toll on her health.

Eventually Gabriela takes drastic steps to try to protect Hallie from herself, and Léon reveals that he has nudged Hallie into contact with time-travel, and that he’s a time-traveller himself. This puts a strain on their relationship, especially as Léon tells Hallie that if she keeps jumping in time, she’ll end up like the chronometrist. Léon further tells Hallie that in avoiding the near-future extinction of humanity, they have inadvertently created a near future in which France has become a fascist state, one where the government enforces mandatory forgetting of Wrong Knowledge. His time-travelling people won’t intervene a second time – it took the destruction of humanity for them to do it the first time. Léon and Hallie will have to fix it on their own, by attempting to prevent the nearer-future assassination of the leading French leftwing politician (a woman of colour married to a woman) that results in the rise of the fascist right.

Swift’s prose is well crafted, and her characters breathe a sort of gap-year-encounters-larger-than-reality hallucinogenic life: vivid, foreign, and faintly exotic to middle-class English girl Hallie. I’m not convinced that this air of unreality – this bar-scene-life-on-acid atmosphere that the scenes in Montmartre possess – is wholly intentional, for the various time-travel encounters feel like a string of disconnected incidents, and also pos­sess an air of unreality. Nothing feels quite real, or quite certain, and this, combined with Hallie’s status as a very reactive protagonist – she drifts along, manipulated into action by the chronome­trist, by Léon, responding to circumstance rather than making choices more than one step ahead – makes the novel seem disjointed and somewhat aimless.

Perhaps, though, this is entirely Swift’s aim: the novel’s title is Paris Adrift, after all. Yet in the end it leaves me feeling rather adrift, too. I didn’t hate it. I may even have liked it. But I can’t quite see its point. 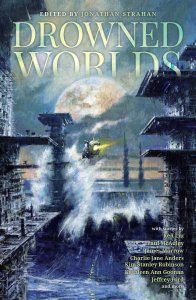