Author Kate Wilhelm, 89, died March 8, 2018 in Eugene OR. Wilhelm was an influential SF writer and writing teacher with a career that spanned six decades. She wrote more than 40 books of SF and mystery, helped run the Milford Science Fiction Writers’ Conference, and was instrumental in the creation of the Clarion Workshop.

Her first genre story was “The Pint-Sized Genie” (1956). Over a dozen of her stories were nominated for Nebula Awards, and three won: “The Planners” (1968), “The Girl Who Fell into the Sky” (1986), and “Forever Yours, Anna” (1987); the latter was also a Hugo Award nominee, one of four nominations for her short fiction. “The Gorgon Field” (1985) was a World Fantasy Award nominee. Her first book was collection The Mile-Long Spaceship (1963), and other collections include The Downstairs Room and Other Speculative Fiction (1968), The Infinity Box: A Collection of Speculative Fiction (1975), Somerset Dreams and Other Fictions (1978), Listen, Listen (1981), Children of the Wind: Five Novellas (1989), And the Angels Sing (1992), The Bird Cage (2012), and Music Makers (2012). Some of the stories she contributed to her husband Damon Knight’s long-running Orbit anthology series were gathered Kate Wilhelm in Orbit, Volume One (2015).

Katie Gertrude Meredith was born June 8, 1928 in Toledo OH. She went to high school in Louisville KY, and married Joseph Wilhelm in 1947; they had two sons. They divorced in 1962, and she married influential writer and editor Damon Knight in 1963. The two lived together in Oregon until his death in 2002.

Knight founded the Milford Writer’s Workshop in 1956, and Wilhelm helped him run it for many years. When Robin Scott Wilson founded the Clarion Workshop in 1968, he explicitly modeled it on Milford. Wilhelm and Knight were instrumental in Clarion’s creation, and were early and frequent instructors. Wilhelm’s writing guide/memoir Storyteller: Writing Lessons and More from 27 Years of the Clarion Writers’ Workshop (2005) won a Hugo Award.

Wilhelm was inducted into the Science Fiction Hall of Fame in 2003; in 2009 she won a Solstice Award for her impact on speculative fiction. In 2016, the Solstice Award was renamed the Kate Wilhelm Solstice Award in her honor.

Her son Richard Wilhelm posted the following on Facebook:

We are saddened to announce the passing of Kate Wilhelm, on March 8, 2018, in Eugene, Oregon, following a brief illness. Her warmth, humor, and immense talent will be deeply missed. Her life as a loving mother, prolific author, friend, and generous mentor will be cherished by many. We’re proud to continue her legacy, publishing her backlist and recent work through infinityboxpress.com. 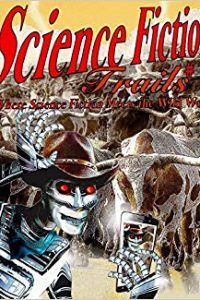