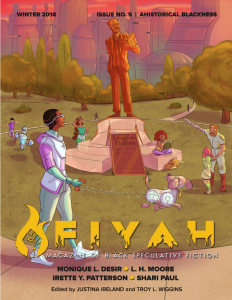 Locus has been kind enough to allow me to start a different sort of short fiction review column here. If you want to be up-to-date on the amazingly wide variety of short fiction being published in magazines, anthologies, and online—then you need to be subscribing to Locus Magazine. You’ll get Gardner Dozois and Rich Horton’s columns devoted to short fiction and anthology reviews by the rest of the contributors: Gary Wolfe, Faren Miller, and many others. Go subscribe today!

What I’d like to do here once a month is pick a few recent stories and dig into them a little more deeply. (Spoilers ahoy!) I know that within the pages of Locus proper all the biggest venues will be ably covered: Analog, Asimov’s, and F&SF; Tor.com, Strange Horizons, Clarkesworld, Lightspeed, etc. I’m hoping to look at other venues—partly because I know you’re in capable hands with Gardner and Rich, and partly because I’m on the lookout for voices and perspectives that I haven’t heard before. Venues and authors who are doing good and sometimes underappreciated work. This introductory column is a case in point. I’ve been away from short fiction for a few years, because of Life Stuff and working on other projects, and this month I found two stories—one from an author I’ve long admired and one from someone quite new to me—that resonated with me.

FIYAH magazine has its fifth issue out this Winter. I discovered it thanks to Locus‘s Year in Review annual Magazine Summary, which mentioned FIYAH’s debut year. FIYAH is subtitled “Magazine of Black Speculative Fiction,” and Issue #5, edited by Justina Ireland & Troy L. Wiggins, is focused on “Ahistorical Blackness,” alt-historical fiction focused by and on black people. The story that I want to discuss is “Bondye Bon” by Monique L. Desir. It tells an alternate history of the 1811 German Coast slave rebellion near New Orleans. In 1791 the nation now known as Haiti went through a successful slave rebellion that ended up, by 1804, with the nation liberated and declaring independence from colonial France. During those chaotic times, a number of slave owners and their slaves departed for Louisiana. In 1811 the largest slave rebellion in US history began with Charles Deslondes and other slaves beating a plantation owner and killing his son. The planned uprising spread to other plantations, eventually garnering 200-500 participants, but not enough weapons to fight off the government forces. After three days the rebellion was ended.

“Bondye Bon” is set two years after that rebellion, in a world where it spread and liberated the entire Southern United States. Heloise is a thirteen-year-old girl, the daughter of Charles Deslondes’ wife. She helps her mother with her Quilting Bees, where finely dressed black women speak mostly Haitian Creole as they make beautiful quilts. But Heloise wonders about secrets her Manman keeps. What she learns is this: midway through the rebellion, her Manman had a dream of what might happen—that without enough weapons, the rebellion would fail and Charles Deslondes would be captured, tortured, mutilated, and burned alive, with the heads of other slaves displayed on pikes for all to see—that’s what happened in our world. She instead performs an animal sacrifice and prays to Bondye—the Good God, not “the white man’s gods of torment and death.” An army of the dead rise up with her as the general, and they sweep not only the plantations but New Orleans and the country for miles around, killing all the whites and giving the slaves a base with which to eradicate slavery and set up their own country around the South.

However Heloise has discovered that her Manman also raised up one specific corpse—her late owner and also the father by rape of Heloise and her little brother. The man, dead but animate and conscious, has been held captive and repeatedly tortured ever since the rebellion. Heloise and Charles are horrified but also have some understanding when that truth comes out. In the end the owner’s fate is in this free black family’s hands, and that particular part of the ending I will not spoil.

Now let’s turn to an author I have long admired, Yoon Ha Lee, who has a story out in Beneath Ceaseless Skies for February. Lee’s fiction, especially as collected in Conservation of Shadows and the novels Ninefox Gambit and Raven Stratagem, is a unique blend of sf and fantasy. Focused on space operatic levels of warfare, various sides use mathematics and necromancy alike to gain advantage. February’s story is “The Starship and the Temple Cat”, quieter in the grand scheme of things than some of Lee’s other stories. The story starts with a ruined temple in a devastated space station, inhabited only by ghosts. After a time, only the ghost of the temple cat remains, and the nonchalance and then bravery with which the cat goes about her business are the heart of the story.

All is quiet until the sentient starship Spectral Lance arrives with a tragic backstory—after having participated in countless massacres, it broke with its fleet to follow its rebellious captain. When the captain was destroyed by a shot from a neural canon (for the horrible effects of which see Ninefox Gambit), the ship fled again, leaving the rebel forces behind. Without much purpose it has been composing poems for the dead, and chose to visit the cat’s star system, which it had previously helped destroy, in order to make some kind of penance. That is where the oppressive ruling Fleet catches up with Spectral Lance.

The ship and the ghost cat can communicate, in the way of this universe where the dead have a real presence in the world. The ship recites poetry for the cat, and when the Fleet arrives the cat exercises heroic bravery and summons the spirits of the dead, overwhelming the Fleet. She and the ship escape together, and have never yet been caught by the Fleet that still hunts them. I will admit here that I am a dog person by nature, but the charm of this cat against the backdrop of the devastation of war sold me.

While both of these stories share the fantastic elements of magic and raising the dead, perhaps the most powerful fantasy they both bring forward is the idea that the massacred dead will eventually have justice. Lee’s fiction consistently and powerfully foregrounds the casualties of war—the piles of corpses that accompany every space battle scene ever written or filmed, even when they’re not shown. In his worlds the dead have power—and while the Fleet might try to co-opt that (“Entire planets’ worth of living creatures had perished for the wars of its masters the Fleet Lords…. The Fleet Lords had feared the power of the dead above all things; had perfected the art of exorcism so that the dead could not interfere with their conquests.”), they cannot forever master it. Likewise the army of the dead slaves that, marshaled with magic rooted in one woman’s righteous fury and rejection of an unjust future, turn Deslondes’ slave rebellion from a short lived failure to a stunning success. In both cases the key character refuses to believe in or accept the future they’ve been dealt, and through their power and faith summon the dead to help them create a better world for themselves.

It is no utopia—as Heloise’s Manman literally finds herself wrestling with the corpse of past torment. The violence that has been wrecked across generations and eons cannot be erased with one act of bravery or magic, no matter how powerful. But these stories give us moments to consider the unjustly killed people that lurk in our own history, and what might be involved with bringing them some measure of justice, and what their view of that justice might look like–thoughts that can be both incredibly moving and disturbing.

As I said in the beginning, I’m looking for new venues and new-to-me voices. If there’s a magazine that you think I should look at or a story you think rocks, please let me know at karen.burnham[at]gmail.com, or leave a comment below. There’s only so much I can discuss in a monthly column, but I’d love to hear your tips about where to look for the next shiniest thing! 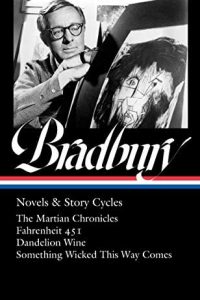