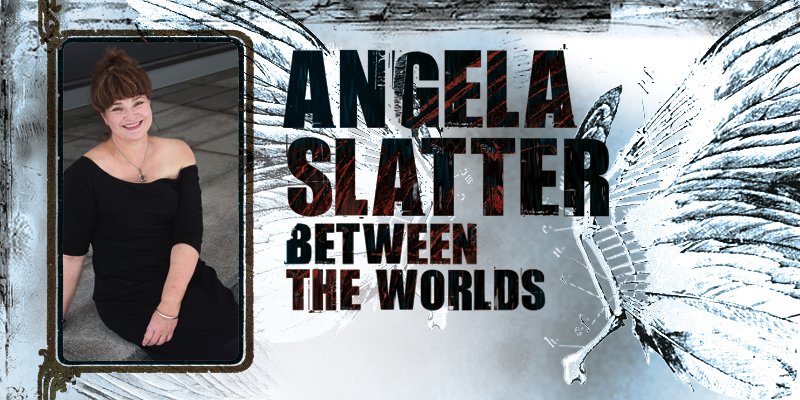 Angela Gaye Slatter was born May 16, 1967 in Cairns Australia, and grew up mostly there and in Brisbane and Ipswich. She studied French and history at the University of Queensland, later earned a master’s, and received a PhD in creative writing in 2012. She attended Clarion South in 2009, Tin House in 2006 and has taught writing at vari­ous writers’ centres, universities and festivals.

Slatter’s short fiction is highly acclaimed, and often engages with fairy-tale and folklore material.”The Coffin-Maker’s Daughter” (2011) won a British Fantasy Award; her Aurealis award-winning stories include “The February Dragon” (2010, with Lisa L. Hannett), “St Dymphna’s School for Poison Girls” (2014), and Home and Hearth (2014); and she won a Ditmar for “Of Sorrow and Such” (2015).

Slatter was the Established Writer-in-Residence at the Katharine Susan­nah Prichard Writers Centre in Perth in 2016, was one of the inaugural Queensland Writer Fellows (2013/14), and has been awarded career development funding by Arts Queensland amd the Copyright Agency, and received an Australia Council for the Arts grant for 2017/18. She lives in Brisbane.

“I didn’t write as a kid, but I would retell stories in my head and change the endings if I didn’t like them. Writing seemed like magic. Stories al­ways came from my mum – she was the voice reading to us, so I always associated her voice with a proper fairy tale. I’ve had quite a few people say to me, ‘When I read your work, I feel like I have you sitting next to me, telling me a story.’ I wonder how much of that comes from listening to Mum. She used to read to us every night going to sleep until we could read to ourselves, and for a long time after I would try to get her to read me stories.

“I had a lot of fairy tales read to me as I grew up and when I started reading for myself I added folk tales, mythology, history, religion, and all that kind of thing. I’ve been reading independently since I was about six, and gathering a treasure chest of otherwise useless information. The stories that are strongest to me are from childhood and do have that European background of fairy tales.

“In high school, if you’re lucky, you have a unit that’s creative writing, and you get to do some short stories and poetry. I did that and really enjoyed it, but I associated the idea of being a writer with starving in a garret. I had regular jobs. I did an arts degree in French and history at the University of Queensland with the intention that I would go into education and teach. I started doing the practical part of education and discovered how much I disliked other people’s children – so that obviously wasn’t going to be part of my future. I went off and worked as an administrative assistant in a French teachers’ resource centre for a year, started studying law, and worked as a legal clerk for three years, and then decided I didn’t want to do that any more. I had started scribbling in notebooks, not knowing how to tell a story or what I was doing.

“By the time I was 37 and living in Sydney, I’d had a couple of jobs there, and I was exhausted and I hated my life. I had moved to Sydney specifically to have a new environment so I could start writing seriously, and in four years I didn’t write a single word. My cousin rang and said, ‘We bought property at Mapleton, and there’s a granny flat if you’re inter­ested in coming up and living with us and writing for a while.’ I wrote my resignation letter, and within a month I was back up living in Queensland. I spent six months in a place called Mapleton on the Sunshine Coast, which was beautiful. Just writing. Brain-vomit writing. Just getting everything out. Bad poetry and worse film scripts. Never-ending short stories, and hideous novels that hopefully will never see the light of day. I got to the end of that period and said, ‘I need some training.’ I was reading a lot of Tanith Lee, because she’s fabulous. I didn’t discover Angela Carter until I was at university a year or so later. Also John Connolly, who’s an Irish writer I really enjoy.

“I worked with intent. My thought was, I’m 37, and I want to give this a real go to do it as a career. I don’t want to get to 50 and not have tried it, and I certainly don’t want to get to my death bed and think, ‘I wish.’ That was 13 years ago. I did a graduate diploma in creative writing, which started to teach me about structure. Then I applied to the master’s program, and did a collection of rewritten fairy tales called Black-Winged Angels. The exegesis was on female agency in fairy tales, specifically Angela Carter’s Bloody Chamber and Emma Donoghue’s Kissing the Witch. I finished that, and then did a PhD. But I’d started doing a different one to the one I finished with: the first was on heroic death in different literary works and times, looking at Antigone, The Sorrows of Young Werther, and Mrs. Dalloway. After a year or so I realized that topic was a terrible idea, so I went to my supervisor and said, ‘While I’ve been doing all this with the PhD, I’ve also been off doing my career as a writer, and here’s the collection of original fairy stories I’ve written that was shortlisted for the World Fantasy Award. I can write an exegesis about this that looks at fairy tales, involuntary memory, and mosaic structured novels. So how does that sound?’ They said, ‘Off you go, just finish it.’

“My first proper publication was in 2006. The first thing I sent out was ‘The Juniper Tree’ to Lady Churchill’s Rosebud Wristlet, and they accepted it. The second thing I sent off was ‘The Little Match Girl’ to Shimmer, and they published that first. I walked in to my supervisor and said, ‘Is this good?’ I kept going. I published every single short story from that Black-Winged Angels collection. Black-Winged Angels wasn’t actually published as a collection until 2014, when I went to Ticonderoga Publications, an independent Australian press, and said, ‘Look, I’ve got these nine fairy tales, and an original one called ‘Flight’ that Paula Guran published brand new in One Upon A Time: New Fairy Tales, and I’d love for my friend Kathleen Jennings to do the illustrations for it.’ She’s fabulous, and she’d been experimenting with silhouettes. One of my favourite books from childhood was an illustrated Grimms’ fairy tales with silhouette illustrations, and I knew I’d be so happy if I could have something like that, but just a bit different.

“I was at the Worldcon in Melbourne in 2010, and Bernadette Foley, who at the time was the head of Orbit in Australia, said to me, ‘If you’ve got a novel I’d like to see it.’ I was starting to think about what I was going to do next. I had attended Clarion South in 2009 and written a story called ‘Brisneyland by Night’ which was published in 2010 in an anthol­ogy called Sprawl from Twelfth Planet Press. That was the one that people were looking at and saying, ‘That would be a good series,’ and one of the people saying that was Jonathan Strahan. I didn’t know how to write a novel, so I decided to write three novellas and a short story. Then I went, ‘You’re an idiot,’ and spent five years reworking them into a single novel that became Vigil.”

Interview design by Francesca Myman. Photo by Liza Groen Trombi. Read the complete interview in the March 2018 issue of Locus. 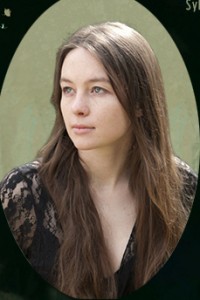 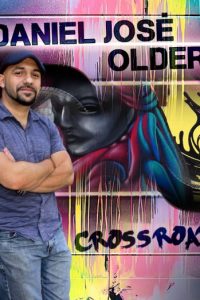 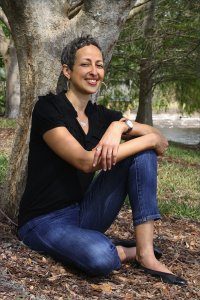