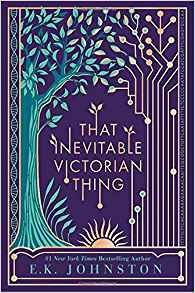 This thoughtful yet frothy confection is set in an alternate future that developed when Queen Victoria rejected the repressive Kensington sys­tem so definitively that her daughter, not her son, succeeded her, and that heir fostered the belief that marrying among the various peoples of the Empire would strengthen it. And it worked, beautifully. Unfortunately, the United States re­jected such mixing, and as such, it’s failing.

As soon as Helena Marcus finishes her To­ronto debut season, August Callaghan plans to marry her. During her season, Helena meets Margaret Sandwich, and the two girls become close friends. But August has a secret: he’s been paying off American pirates to keep his family’s lumber ships safe, engendering a dangerous and illegal cycle of extortion. And Margaret has a se­cret: She’s actually Princess Victoria-Margaret, heir to the throne of the British Empire. And Helena also has a secret, albeit recently discov­ered. She is intersex; although she presents as female and thinks of herself as female, she is genetically male. August fears his legal trouble will prevent him from making an honest pro­posal. Helena fears her inability to bear August children will prevent her from accepting his pro­posal. And Margaret, who has always known her duty to marry well, fears she’s beginning to fall in love with Helena….

Katherine Kellgren’s elegant voice is beauti­fully suited to this British-Canadian comedy of manners; as always, she creates an atmosphere of refined culture that lends us all more grace simply by listening. She evokes various social classes through the accents she uses, and there’s even a wonderfully nuanced difference between incognito Margaret vs. Victoria-Margaret giving orders as a princess.

This is an extraordinarily sweet romance that is sure to please everyone, and is a non-preachy answer for those seeking something beyond the usual cis-het fare. Also, there’s a lot to like about this future; I almost wish I lived there. 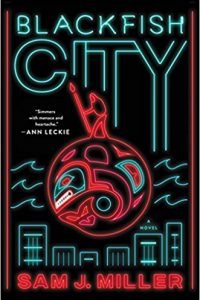 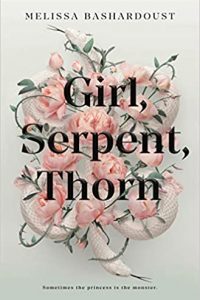