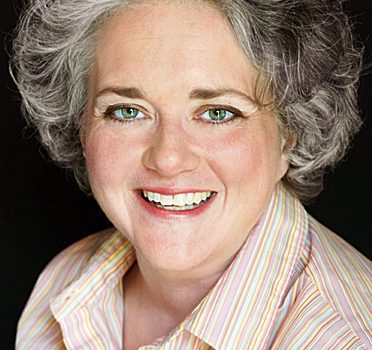 Speaking only as myself (rather than for Locus as an entity), 2017 has been the year when reading anything too full of conflict or featur­ing dark and complicated conspiracies hit far too close to home. When the non-fictional world starts to read like fiction, it’s hard to have much resilience left for the same in a made-up world. Again, I’m speaking for a sample size of one. And said one likely missed out on a lot of great stuff that came out this year.

Still, there have been plenty of new titles from old favorites to fill the void. Andy Weir’s Artemis didn’t quite have the sparkle of The Martian, but was still a fun, science-filled scamper across the surface of the moon. John Scalzi’s The Collapsing Empire has sparkle in excess while laying the foundations for a new Scalzian universe.

Some writers approached their old creations from a new angle. Ann Leckie’s Provenance, which was in the same universe as her Ancillary series, didn’t have the weight of her award-winning trilogy, but was enjoyable. Elizabeth Bear’s The Stone in the Skull, like Leckie’s Provenance, is set in a world familiar to Bear’s readers and shows us a different aspect of what we thought we knew. Bear’s book is the start of a larger series with that set of characters – and it will be great fun to see where she goes with them.

All Our Wrong Todays is a stand-out first novel from screenwriter Elan Mastai. This romantic science-fictional sort-of comedy extrapolates from a butterfly effect moment outward, dipping and diving through parallel universes with ease. David Walton moves with the same assurance in The Genius Plague, his take on a global pandemic, which, much like Mastai’s work, doesn’t quite go where you think it will but where you are happy to go by the end.

The last three titles that stuck with me this year can’t be conveniently bunched together. Maybe let’s call them “three reliable writers who remain reliable?” Adam Roberts’s The Real-Town Murders is a twisty who-dun-it set in an imagined UK where most resi­dents have escaped into a virtual realm. Ben Aarono­vitch’s The Hanging Tree picks up Peter Grant’s story and continues to make us want to know more about the Falcon branch of London’s Metropolitan Police Department. Carrie Vaughn’s Bannerless stitches together a finely detailed post-collapse world that draws you in to its characters first and its plot second.

From the 2018 titles that have been filling my to-be-read shelf, it looks like it we’re in for a great year of fiction, speculative and otherwise. Hopefully, the non-fictional world will stop giving it so much competition.

The one thing I have noticed is that the semi-pro, small- and self-published world is going very strongly. There are a lot of people who are passionate about getting their work out there, even if it doesn’t meet the standards of the big publishers: some of it is dreadful, some of it is quite good, but it’s all passionate. And in that way, perhaps, we’re get­ting back to the early days of SF, when passion for it was about all that kept us going. There were dark times in the early days of our genre – it was never seriously threatened with going away, as imagination keeps being reborn, but it might not have remained a genre. These days, we have something of the opposite problem – mainstream SF is huge, there are a new set of people constantly trying to get in, and relatively few expert gatekeepers. So this second­ary world of SF, the world of fan-fiction, amateur novels, semi-pro magazines and anthologies: it’s growing to allow niche readers to keep being excited about smaller niches. What is SF? is a fractal question: there are always going to be borderline cases. And the semi-pro market lives in the shorelines of quality, and shorelines – liminal spaces, spaces on the edge – are where most of evolu­tion happens.