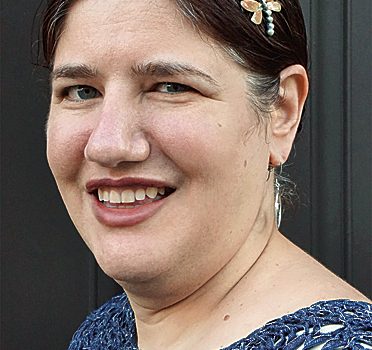 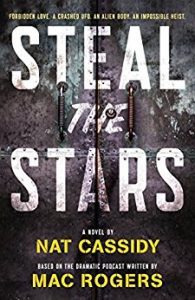 Here are a few loosely connected thoughts about the previous year in audio, and what we might expect in 2018.

This past year, new audio productions allowed us to revisit freshly relevant classic works of science fiction. George Guidall, himself a classic voice in audiobook publishing, lent his gravitas to Ursula K. Le Guin’s The Lathe of Heaven, which raises issues about the devastation of climate change and the dangerous implications of seemingly the most innocuous of choices. The current political situation and a new Hulu series brought renewed attention to Margaret Atwood’s chronicle of a fundamentalist dystopia, The Handmaid’s Tale. A new special edition, available only on audio, refreshed a 2012 narration by the actress Claire Danes with extra sound effects, an extended epilogue, and essays by Atwood and the writer Valerie Martin.

In 2017, I was introduced to narrator Steve West, whose lovely, sensual voice added another layer of romance to Laini Taylor’s ultra-angsty, star-crossed fantasy romance, Strange the Dreamer. This year also marked my first encounter with Bahni Turpin as narrator; she did an amazing job voicing Borne in Jeff VanderMeer’s novel of the same title, ably depicting the sentient mutant carnivorous blob as he progressed from an endearing childlike state to a somewhat more sinister maturity. Then there was the delightful Michael Sheen, whose vocal artistry was as good as a full cast in Philip Pullman’s long-awaited The Book of Dust: La Belle Sauvage. Finally, I experienced the pleasure of hearing profes­sional audiobook narrator C.S.E. Cooney read her own collection of artfully reconstructed and newly invented fairy tales, The Bone Swans.

Highlights and Lowlights in Serial Audio

In conjunction with Gideon Media, Tor Books offshoot Tor Labs went big with Steal the Stars, a full-cast audio drama available as a free podcast about a crashed spaceship and its dormant alien pilot, a secret quasi-military facility, and forbidden love.

The Welcome to Night Vale podcast network offered Season 2 of Within the Wires; set in the same parallel world as the previous season, this season’s episodes were structured as audio guides for various art exhibits in the 1970s and ’80s, focusing on the work of an influ­ential and passionate artist who openly borrowed from the work of lesser-known painters and disappeared under mysterious circumstances. This season, we learned a great deal more about the point at which this world diverged from our own: a violent and destructive series of events just before the start of what would have been World War 2. In this Great Reckoning, authorities decided that the main cause of war was tribal affiliations; to prevent future conflict, national governments were dissolved and children were taken from their families and made to forget them. Is this world without battle a better world than our own, or is this affiliation-free globe missing something vital? Both the personal story and the carefully pieced-together worldbuilding seem to be even richer and deeper than last season. I can’t wait for the promised Season 3.

In addition to new seasons of Tremontaine, Bookburners, ReMade, and The Witch Who Came in From the Cold, there were fresh offerings from Serial Box this past year, available simultaneously in text and audio.

Sarah Gailey’s Fisher of Bones, narrated by Xe Sands (who also narrates Bookburners), is available for free in 12 brief episodes, each 10- to 15-minutes long. It’s an intriguing riff on the story of Moses; after a prophet dies, his daughter inherits his powers but not his confidence. Despite any insecurity she feels, she must gather the strength and discover the knowledge to lead her people to the promised land foreseen by her father.

For those seeking a more metafictional experience, there is Geek Actually, authored by Cathy Yardley, Melissa Blue, Cecilia Tan & Rachel Stuhler, and narrated by Suzanne Barbetta, about an author, editor, film production assistant, and video game programmer who face the unique challenges of being professional geeks while female (and in the programmer’s case, a woman of color) in a world dominated by white men. Industry women will defi­nitely smile (and sometimes grimace) in recognition as they listen. Yes, there’s a certain amount of juicy melodrama, but these authors know their subject.

Finally, since it’s been getting some buzz, I will mention Audioboom’s podcast Mission to ZYXX, an improvised space opera about an incompetent ambassador, his hapless crew, and their blundering adventures across the galaxy. I wanted to like this, but this type of story is exhaustively well-traveled territory, and being effortlessly wacky is hard work which the cast can’t quite manage. I found this about as entertaining as The Orville (which is to say, not very).

I’m already excited for Spin, a musical adapta­tion of the tale of Rumplestilskin. Available only in audio, the full cast includes the talents of Jim Dale, who narrated all the US versions of the Harry Potter novels and starred in the title role of Barnum dur­ing its first Broadway production in the 1980s. This is the latest in a series of bold audio experiments by HarperCollins; while such experiments haven’t always been successful, I definitely appreciate that they continue to push the boundaries.

We are finally getting a second season of the podcast Limetown this year! Season 1, released in the long-ago days of 2015, was a gripping tale of SF suspense, in which a radio reporter investigated the disappearance of all the inhabitants living in a town constructed to investigate the possibilities of telepathy.

On a more somber note, we will have to face a future in audio without Katherine Kellgren, one of the shining stars of audiobook narration, who died of cancer on January 10, 2018. Although born in New York, a great deal of her life and education took place in London, and simply listening to her genteel, English-accented narration made a person more cultured and sophisticated. I reviewed her work several times in this column, most recently for E.K. Johnston’s That Inevitable Victorian Thing. She will be greatly missed by her colleagues and fans. 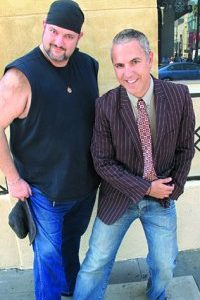 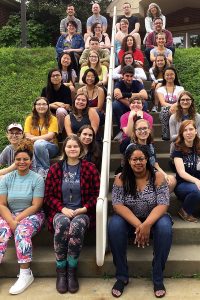