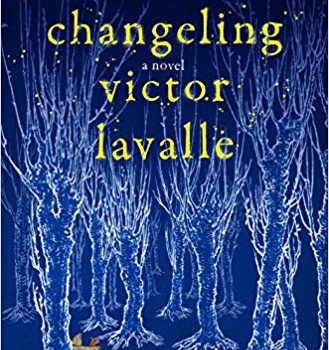 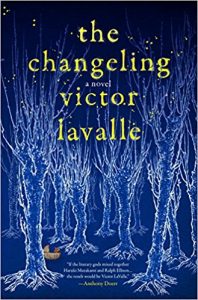 In its opening sentence, The Changeling, Vic­tor LaValle’s excellent new novel, describes the story it is about to tell as a fairy tale. The second half of the line locates this fairy tale in a specific year, 1968, during a specific event, a garbage strike. The strike, we learn, is taking place in New York City, and as a result, garbage has overtaken the sidewalks of the five boroughs. Despite this, LaValle writes, there must have been “cracked magic” in the air, because it was during this season that the parents of his protagonist, Apollo Kagwa, met. The rest of the first chapter describes how Apollo’s father, Brian West, came south from Syracuse, while his mother, Lillian Kagwa, immigrated from Uganda. We hear of their courtship, marriage, the birth of their son, and Brian’s desertion of his family by Apollo’s fourth birthday. LaValle concludes the chapter by noting that, when Apollo was born, his parents thought that happy event the conclusion of their story, the happily-ever-after to their personal fairy tale. But what they saw as an end was the very opposite, he writes, and what lay ahead was “wildness.”

Many, if not most of the novel’s major concerns are on display in these first few pages. There’s the evocation of the fantastic coupled to a description of the mundane. There’s the narration of a ro­mantic relationship as idiosyncratic and unlikely as any. There’s the sundering of that bond, and a comment that revisits an earlier moment in the characters’ shared history and revises it, employ­ing a noun that emphasizes the chaotic nature of what awaited them.

Each of these elements will reappear, devel­oped at greater length and in greater depth in the ensuing novel. Apollo Kagwa, who will grow up to become a rare book dealer, will encounter Emma Valentine, a librarian, and will pursue her until she agrees to a date, over which, she will tell him about her imminent departure for a year-long stay in Brazil. Upon her return, they will pick up a relationship that will lead to marriage and a son. As was the case with his parents, though, the birth of Brian Kagwa is only the start of what will develop into a wild, uncontrolled story. Emma will suffer from severe post-partum depression, with which Apollo will not know how to help her. LaValle’s portrait of this period in their marriage is harrowing. Emma claims to have received text messages showing pictures of Brian, which are nowhere to be found on her phone when Apollo asks to see them. She will murmur that what they think is their infant isn’t a baby. She will com­mit an atrocious act of violence against Brian, and against Apollo, and then vanish, apparently without a trace. Once he recovers from his wounds physical and psychological, Apollo will set out to locate Emma, with the sole aim of taking vengeance on her. His quest will lead him to a secret community of women inhabiting the remnants of an old tuberculosis sanitarium on North Brother Island in the East River. It will lead him to the cemetery where Brian is buried, to excavate the grave in order to learn if Brian is in fact buried in it. And it will lead him to a neighborhood in Queens known as Little Norway, there to confront a legend out of Scandinavian folklore.

In the course of Apollo’s journey, the fantastic moves from textual al­lusion, to active metaphor, to literal reality. During the early chapters of the novel, Apollo inhabits a realm of emotional extremes, from his abandonment by his father to the catas­trophe suffered by his family; as the narrative pro­gresses, his surroundings begin to catch up with his heightened interior states, from the women hiding in plain sight on North Brother Island, to the secrets contained in a house in Little Norway, to what waits within the woods of Forest Park. By the end of the novel, its opening description will have come true. Yet if The Changeling is a fairy tale, it is not one of the sanitized, moralistic variety. In his brief stay on North Brother Island, Apollo discusses fairy tales with the community’s leader, who has christened herself Callisto. She differentiates between older fairy tales, which predate the rise of the merchant class, and those which come after it. According to Callisto, those older versions of the form use the language of the fantastic to articulate questions about human experience that demand to be asked, explored; whereas the newer tales have as their intent providing simple lessons in conformity for the children of a rising middle class. Callisto’s view of the function older fairy tales serve informs and illuminates LaValle’s project in the novel (not to mention providing a fine shorthand defense of the fantastic genres). How, The Changeling asks, are we to keep our children safe, when the threats facing them are so many and so various? How do we protect them from random strang­ers, particularly in the age of the internet and its endless opportunities for surveillance? How do we protect them from ourselves, their parents, when the bonds between us strain and weaken? As parents, how do we forgive one another our failings, even the most profound? Can we learn to see things from our partner’s point of view?

In Apollo’s case, the answer to that last question is straightforward: Yes – although it takes him a good portion of the novel to arrive at it. Only after his nocturnal exploration of Brian’s grave does he realize that, however fantastic it might seem, what he took for his wife’s delusion was in fact true. His ability to accept Emma’s narrative prepares him to a certain extent for what he will find in Little Nor­way. LaValle’s use of the Little Norway setting, and of the culture associated with it, is pointed. If it invokes a major fairy tale tradition, it also flips the script of so many narratives of the fantastic, in which the threat to the protagonists comes from an explicitly or implicitly non-European culture. Instead, the peril to Apollo and his family comes from the land of ice and snow. The novel’s thrill­ing climactic sequence inserts a scene that would not be out of place in any number of fairy tales into the heart of Queens, and in so doing returns to the conjunction of the fantastic and the mundane with which the novel started.

There’s a deep humanity to LaValle’s novel, and it’s this as much as anything that lingers in the reader’s mind after its conclusion. The Changeling is well aware of what we are capable of at our best, our worst, and in the stony territory in between. Starting with 2010’s Big Machine, LaValle has written fiction that has explored the ways in which flawed and fractured men and women respond to the eruption of the irrational into their lives. In so doing, he has positioned himself within what Ramsey Campbell has called the humanist tradition of horror. It’s a lineage that includes Campbell, himself, as well as his con­temporaries Stephen King and Peter Straub, and that stretches back to the writers who helped shape them, Richard Matheson, Charles Beaumont, and Ray Bradbury. With the rest of LaValle’s work, The Changeling represents a significant contribution to this tradition, a continuation and expansion of it. Call it a fairy tale for our time, as long as that description includes the words searing, gripping, and brilliant. 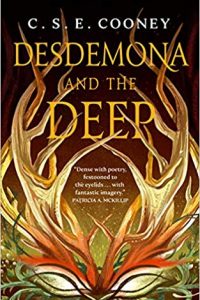