Sometimes the question is raised—on either side of a perceived divide—as to why an author would combine history with fantasy rather than stick to one or the other. Well-crafted history and fantasy both have the effect of transporting the reader. Employing them in the same work can illuminate questions about history and historical perspectives, using the tools and possibilities of magic to explore the potential of humanity, then and now.

Fantasy is often accused as a genre of simply making things up. Indeed, the fantasy author often begins with invention—some cool concept about magic, culture or world they want to develop and explore. However, once the basic premises have been laid out, these must then be extrapolated in a way that feels organic. The logic of the fantasy world may be opaque to the reader, but they must feel that it is a unified realm, with natural laws that, however different they are from our own, are still adhered to.

Once the fantasy world is created and those natural laws understood, it must be portrayed on the page in a way that makes it accessible to the reader. The moments when the natural laws affect the characters, plot and world must be clear and consistent. The elements that make the world unique, whether they are imaginary creatures or invented geographies, must be revealed on the page through a series of deliberate choices. Readers need to know what is cool and different about this realm, and they also need to believe in it enough to care what happens there. That’s accomplished through the development of engaging characters who carry the reader through the story, and through the incorporation of sensory details that create a vivid impression in the mind of the reader, allowing them to experience the story.

Historical fiction requires a very similar approach. In this case, beginning from a real-world concept: a person, event or time the author wants to write about. Rather than inventing the structure around this historical core, the author researches to fill out the concept. History is often as bizarre and apparently arbitrary as fantasy is accused of being, like the Roman emperor Nero making his horse a senator. But “But that really happened!” is no excuse—just as in a fantasy setting, the reader must be convinced of the events on the page, through the prose.

In both cases, this happens through the careful selection of details. What does the reader need to know in order to understand my magic system, or the Kurultai in which a new khan is chosen? The right details enable the reader to invest in the world and enter the story. The wrong details, on the other hand, act as speed bumps, delaying the reader’s engagement and possibly bouncing them out of the story. This can happen when a reference or metaphor familiar from the real world intrudes into a fantasy, often simply by the author’s inattention, or when a small element from the wrong time or place pops up in a historical setting. I was recently reading a secondary world fantasy in which a character had a screw-top canteen, which instantly implied a very different level of technology from the rest of the work.

Crafting a successful fusion of fantasy and history, therefore, requires both attention to detail on a very fine level, and also an awareness of the overall scaffold those details reveal. When I wrote my Dark Apostle books, I worked from both directions: the fantasy and the history. I researched the history of magic during the Middle Ages to see what people believed at the time and consider how I could develop those beliefs into a magical system, fantasy style. I also developed my map and timeline, looking for the spaces in between, those areas and events that would nestle comfortably into a fantasy approach. I took full advantage of real-world coincidences by filling out my timeline as much as I could, keeping the major story events alongside their historical counterparts. Where could my fantastic characters and elements engage with real characters and events in the most striking way? Then, how could I portray both the fantastic and the historical on the page in a seamless blend to draw my reader into a realm between?

Yet one is still often asked, why? Why bring together these two different worlds in any case? Couldn’t you write the same story without the magic, or create a compelling narrative without the history? Certainly many works have done those things on either side of the line. However, bringing them together allows the author to probe the possibilities of both in a different way. Historians and history buffs (not to mention the people who live through many harrowing events) often ask what could have been done differently, or what might have happened if—? Fantasy breaks open that jar of possibilities offering a range of thought experiments that can explore and illuminate the problems of history.

Likewise, introducing history into a fantasy plot lends it an air of gravity and increased resonance. If we could, in fact, bring magic to bear upon those aspects of the human condition that most concern us, what would be different? What would remain the same? Would people wielding magic or in other ways interacting with a power beyond what we know take action to right historical wrongs, or use that power to perpetuate them? One special role of fantasy is to allow the reader to reflect upon the truth of human potential and our relationship to power. Juxtaposing fantasy power alongside historical power encourages this sort of reflection, not in the purely abstract realm of fantasy—easily dismissed—but in a reality that continues to be influenced by the pathways and patterns of history.

E.C. Ambrose is a fantasy author, history buff, and accidental scholar.
She lives with her family and a very friendly dog in New Hampshire. She can be found at ecambrose.com as well as on Twitter (@ecambrose). 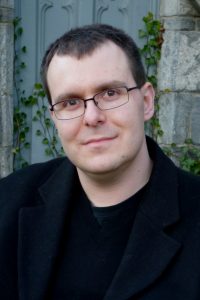