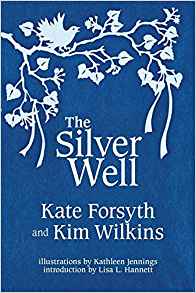 “People have always come to make wish­es at the Silver Well: in Pagan times and Christian, during revolution and war. When Rosie arrives in the tiny village of Cerne Abbas with a broken heart, she becomes connected across the centuries with oth­ers who have yearned for something.”

Between them, Australians Kate Forsyth & Kim Wilkins have produced over 60 books since their respective debuts in 1997. Both have written across varied genres and age groups, and both are award-winning authors. Forsyth’s latest, The Beast’s Garden, is a retelling of “Beauty and the Beast”, although she is prob­ably best known for her Rapunzel reworking, Bitter Greens. Wilkins’s latest fantasy nov­els are Daughters of the Storm and Sisters of the Fire; she also writes contemporary women’s fiction as Kimberley Freeman. To celebrate their milestone, Forsyth and Wilkins have joined forces to create The Silver Well, a collection of seven original fantasy stories, linked by the titular well and its guardians, the Brightwells. Magic and history are indelibly entwined here, as are the themes of love and loss, hating and healing, and memory. The well itself is a character as much as any human: its waters offer protection and good fortune – and predictions of death for the unfortunate. Magic in The Silver Well is not merely something to be “made,” but an ever-present thing, avail­able for the use of those with the will and wit to use it, to good purpose or ill.

The collection begins with “The Wishing Tree”, when Rosie Brightwell arrives in Cerne Abbas, a town defined as much by the giant carved into the hillside as by its well. This is Rosie’s ancestral home, though she’s never visited before. The opening words “I wish he was dead” set up one of the major themes of the collection, that wishing and wanting hard enough might well turn a desire into a reality. Rosie, however, is mindful of the adage to be careful of what you wish for, and a better wish takes its place: to know who she truly is. In order to know her future, she needs to know her past, and the silver well obliges, showing her where she came from.

“The Blessing” takes place in wartime Cerne Abbaas, and concerns a family riven by war and personal tragedy, examining love lost and what might replace it to make hearts and families whole again.

“My Sister’s Ghost” is a tender, Victorian-era Christmas ghost story told through the eyes of young narrator Joseph as he and his family struggle to come to terms with the loss of one of their number. When his mother’s grief is in­terpreted as madness, Joseph makes a danger­ous wish.

There’s more than just the power of wish­ing in this book; there is magic both black and white. In “The True Confession of Obedience-To-God Ashe”, the unloved daughter of a Pu­ritan dips into the darker side in the hope of getting her own way, with dire consequences. In “The Cunning Woman’s Daughter” – a tale set against the background of Henry VIII’s Dissolution of the Monasteries – Cecily uses her enchantments to bring on storms, to heal, and keep herself hidden from prying eyes as she tries save her lover.

In “The End of Everything” millennium madness takes hold as the year ticks over from 999AD to 1000. The words of a possible proph­et wreak havoc on the minds of townsfolk and clerics who are easy prey to superstition, and an abbess with an uneasy conscience turns to the old ways in hope of averting not the end-times, but love.

In “The Giant”, Iona’s father has started hearing piskies warn him that a giant is com­ing to destroy their hill-fort. Iona knows, how­ever, that the Romans are a greater threat. The hillside giant is given his origin story, as are the Brightwells.

“Epilogue: The Past is Not Dead” finishes the frame story begun with “The Wishing Tree”, bringing us back to Rosie, her new fa­milial connections, and knowledge that the old blood still runs true.

Last but definitely not least: the art. Too often illustrations are forgotten or taken for granted and simply thought of as “story wall­paper,” but they’re so much more. I am a fre­quent utiliser of Kathleen Jennings’ artwork, but even were I not, I’d still be saying this: the illustrations here are exquisite and clever, charming and a little bit sly, and always, al­ways perfectly matched to the stories, helping, as all good illustration does, to highlight the work of the writer.

The Silver Well is a delight: tender, hope­ful, dark, and a bit sexy, a feast to sample both history and fantasy at a short story table. For­syth and Wilkins work well together, and their styles complement one another; there’s no mo­ment at which the reader feels thrown out by a change in tone. All the stories dovetail beau­tifully to take you on a journey through time and magic, linked by the well, the giant, and a thread of red: the blood that connects Rosie to her Brightwell ancestors. 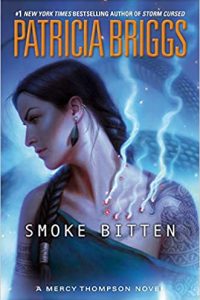