Le Guin was a towering figure in the field, famed for her fiction and non-fiction alike, with a career in SF that spanned more than 50 years. She was a Hugo Award nominee 23 times and won five, and won six Nebula Awards, with 18 nominations. Other major awards included the World Fantasy Award for life achievement, the Eaton Award for life achievement, and the Pilgrim Award for lifetime contribution to SF and fantasy scholarship. Several of her works have been collected in editions from the prestigious Library of America.

Ursula Kroeber was born October 21, 1929 in Berkeley CA; her mother was renowned writer Theodora Kroeber, and her father legendary anthropologist Alfred L. Kroeber. Le Guin grew up in Berkeley, spending summers in the Napa Valley. She attended Radcliffe College, earning a BA in French and Italian Literature in 1951 and a MA in the same subjects at Columbia in 1952. She was a Fulbright Fellow in 1953, working on a PhD in France from 1953-54. While traveling in France, she met Charles A. Le Guin, and they were married in Paris in 1953. They returned to the US, where Le Guin taught French at Mercer College and the University of Idaho. The family moved to Portland OR in 1959, where Charles taught at Portland State University; they remained there for the rest of her life. She taught writing at Clarion West, Portland State University, Reading University in England, Tulane University, Bennington College, Stanford, San José State University, and many other programs. She is survived by Charles, their three children, and four grandchildren.

A more complete obituary, plus photos, appreciations, and celebrations of her life, will follow in our March 2018 issue. For more about her, see her extensive website at www.ursulakleguin.com/UKL_info.html. 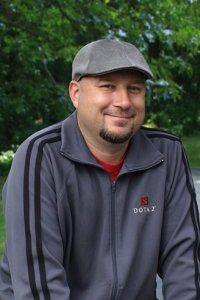