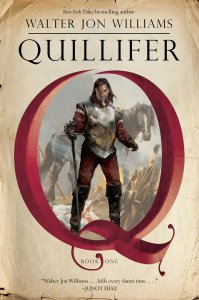 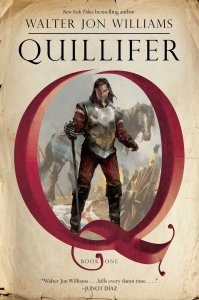 In one of Donald Barthelme’s funnier stories, a hapless would-be writer finds that one of the questions on the National Writer’s Examination (“a five-hour fifty-minute examination, for his certificate”) involves recognizing at least four archaic words for sword. On the basis of his new novel Quillifer, Walter Jon Williams would get that certificate with flying colors. His vocabulary of antique weaponry is formidable, as well as his command of archaic military and naval terminol­ogy: the tale is packed with enough chebeks, dirks, calivers, pollaxes, and demiculverins to win a dozen Scrabble or trivia games, not to mention such neologisms as “gastrologist,” “logomania,” “poetastical,” “credent,” and others which, as Quillifer and others proudly announce, they “just made up.” As should be evident, there’s a good deal of infectious playfulness involved here, and the question that quickly arises is whether this is going to be infectious enough, or Quillifer himself ingratiating enough, to power us through what promises to be at least three hefty volumes of episodic adventures. Williams has been cheerfully genre-hopping for most of his career, sometimes even in the same novel (see Implied Spaces), but he began that career by writing a series of closely researched historical sea-stories, and that research has clearly stuck with him in Quillifer. There’s one key difference: rather than situated in a particular time and place, Quillifer belongs to the ranks of what we might call displaced historical fantasies, stories which make meticulous use of actual historical detail (Williams’s character quote Elizabethan poets, and his weapons and ships are all historically real), but which are set in imaginary nations or kingdoms, often with restrained use of fantasy elements – such as we see from writers like Ellen Kushner, K.J. Parker, or Guy Gavriel Kay (although Kay is far more specific in his historical analogues).

In classic adventure-novel tradition, Quillifer comes from modest beginnings: the son of a butcher, he studies law in the port city of Eth­lebight, but is also something of a classic 18th-century rake, and the novel opens with his comical escape out the window of the young woman with whom he’s currently in love, as her father unex­pectedly returns. Cautioning us that the story of his life “may reveal more folly than wisdom,” he seems to be preparing us for a series of headlong picaresque adventures, but things quickly begin to change when Ethlebight is invaded, plundered, and destroyed by pirates from the rival empire of the Aekoi. Quillifer survives, but is later captured by a notorious bandit calling himself Sir Basil, who in addition to his bloodthirsty brutality and drip­ping sarcasm, shows an odd streak of didacticism, complaining, for example, that Quillifer’s copy of a famous literary satire is the wrong transla­tion. (There are a good many such one-off bits of absurd humor throughout the tale, which add a darkly comic tone to what often gets pretty grim.) With the aid of a nymph-goddess who finds him appealing, he manages to escape again, but rejects her advances as he realizes that joining her in her kingdom might result in his returning to his world as much as a century later (one of the few classic fantasy motifs that Williams employs). Spurning her sets up a threat that will hang over Quillifer for the rest of the novel, which consists largely of fully realized independent episodes: Quillifer finds his way into the court of Duisland, where he assumes the title “Groom of the Pudding” and almost accidentally proves himself to be a champion stag-killer (drawing on his background as a butcher), later a brilliant naval strategist, and eventually an effective field-marshal in a crucial land battle to save the kingdom from usurpers – all the while finding more willing bed partners, the most important of whom is Amalie, the pregnant wife of the Marquess of Steyne.

Quillifer isn’t quite comical or hapless enough to come across as a picaresque antihero – though he has his moments of slapstick hilarity, as in that opening scene – nor is he cowardly enough to echo Fraser’s Flashman, but he’s not quite a traditional romantic hero, either, despite his apparent amo­rous skills. His antecedents probably go back as far as Fielding’s Tom Jones – the querulous narrative voice echoes both Fielding and Sterne – but there’s also a bit of the science fictional problem-solver in his makeup, as he figures out from whole cloth military and naval strategies that he’s never stud­ied, and a bit of the self-mythologizer in his often shady narrative voice. All this helps to make him a complex enough character that we’d be happy to meet him again in subsequent volumes. Of the secondary characters, the most interesting is that literary bandit Sir Basil. Although Amalie is appealing enough, most of the women characters don’t have a great deal to do apart from their rela­tionship with Quillifer, and the vengeful goddess Orlanda finally emerges more as an archetype than a character, the one figure of pure fantasy in what is for the most part a thoroughly enjoyable series of historical adventures in a faux-Europe that is as meticulous in its details as it is vague in time and place. 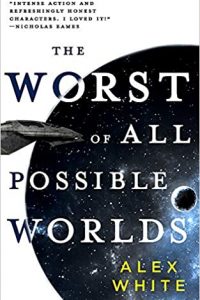 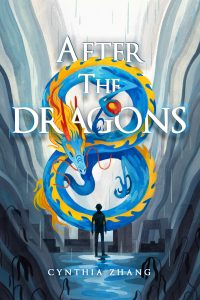 Maya C. James Reviews After the Dragons by Cynthia Zhang