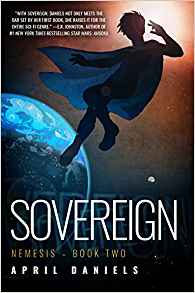 Teenage superhero Danny Tozer returns for more adventures as the mighty Dread­nought in Sovereign, a sequel that packs a ton of personal and professional drama (plus superhero smashdowns) into its 300+ pages. The first thing, and most important, is that read­ers absolutely must read Dreadnought before tackling Sovereign. Trust me, you’re going to be hopelessly lost otherwise and will miss out on how well this title builds on what came before.

The sequel picks up a few months after the first book and, for everyone wondering just how things are going for Danny after Dreadnought’s epic ending, well, it’s complicated. Basically, being a transgender teen superhero in the wake of a murderous attempt to destroy your city isn’t easy. Have no fear though, Danny is nothing if not resilient and while her parental issues might have gone from bad to worse (lawyers and a judge are involved), and a new villain is breathing down her neck, Danny’s love life has some po­tential and she’s getting more comfortable in her transformed skin. The problem is that she might end up tortured to death or in prison before this new adventure ends and, consequently, Danny is really getting tired of the epic levels of crap be­ing thrown her way. So, while she is happy with her physical transformation, the near continuous need to defend herself, either against a maniacal villain or in a courtroom or on a talk show, is simply exhausting. It’s the many-pronged war for freedom that Danny is facing that author April Daniels presents so well here, which elevates the book above standard hero vs. villain fare.

As far as the action-packed plot goes, that is all about the lingering problems with questionable hero (and definite transphobic jerk) Graywytch, and a new character, the uber wealthy power mad Richard Garrison (because being uber wealthy isn’t enough for anyone these days, which is not hard to believe). Exploration of the Nemesis question, concerning just how the super powered become super powered, is a main focus, and so is the nuts-and-bolts difficulty of being the sole superhero left standing in the city. All of this means that Danny spends a lot of time kicking butt and getting her butt kicked, as well as trying to figure out just how to navigate the super world, both politically and from a business standpoint. (A girl’s got to eat after all and she’s no rich kid with a last name of Wayne.) Just like Dreadnought however, while all the action is intense, it is the quiet dramas facing Danny that propel the plot along and even when she’s fighting for her life readers will be wondering how she feels. This is the continuation of the coming-of-age-story that began so brilliantly in the first book and it’s what gives Sovereign its true power.

Honestly, though, aside from all the literary analysis, I just love this kid. Danny is so real that even when she is flying around in space throwing punches at a bazillion miles per hour, she is 100% believable. Readers will cheer for her just as much when her totally dysfunc­tional family goes up in legal flames as they do when she saves the world. Daniels has created such a compelling protagonist and continues to surround her with such a diverse and complicated cast, that all the superhero hijinks are just icing on the cake. We want Danny to win not because she is Dreadnought and Dreadnought always wins, but because she is Danny and we love to see Danny and Calamity together (still kicking ass on that motorcycle!), we love the new family of friends that Danny is building, and we love that Danny is coming into her own as a beautiful young woman who just also happens to be a cape.

April Daniels has done something quite won­derful with these books and, yes, she has also done something very important. Danny Tozer is a transgender teen superhero and she is also, without a doubt, on her way to being one of the more beloved superheroes for young adults since Robin first showed up in the Batcave. Danny is the real deal and this author just keeps getting better and better at telling her story. 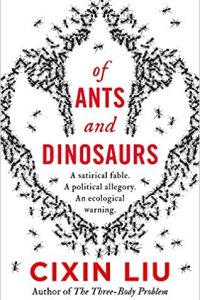 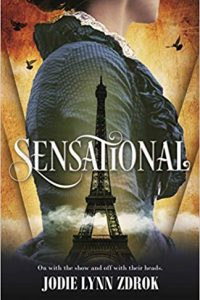 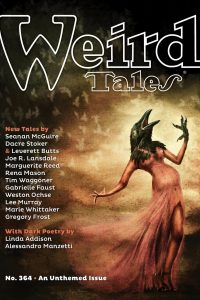