His Island Worlds series (written with John Maddox Roberts) includes Act of God (1985) The Island Worlds (1987), and Between the Stars (1988). He wrote standalones Delta Pavonis (1990) and Legacy of Prometheus (2000) with Maddox, and Supernova (1991) with Roger MacBride Allen. With Dean Wesley Smith he wrote Star Trek Voyager: Death of a Neutron Star (1999). Notable non-fiction includes Interstellar Travel and Multi-Generation Space Ships (2003) with Frederick Bruhweil, John Moore, & Charles Sheffield. He edited Requiem: New Collected Works by Robert A. Heinlein and Tributes to the Grand Master (1991) as Yoji Kondo. In 2013 he won the Robert A. Heinlein Award for hard SF inspiring space exploration, presented by the Heinlein Society.

Kondo was born May 26, 1933 in Japan. A renowned astrophysicist and mentor to many other scientists, he earned his PhD from the University of Pennsylvania. He worked for NASA, running the astrophysics lab at the Johnson Space Center for the Apollo and Skylab missions, and serving as director of the geosynchronous satellite observatory for 15 years. He served as president of the International Astronomical Union’s commissions on “Astronomy from Space,” “Close Binary Stars,” and “Variable Stars.” He wrote hundreds of papers and edited or co-edited numerous works on physics. He taught at the University of Oklahoma, the University of Houston, the University of Pennsylvania, George Mason University, the Institute of Space & Astronautical Research in Japan, the University of La Plata (Argentina), and the Catholic University of America. His scientific honors include the NASA Medal for Exceptional Scientific Achievement, the Federal Design Achievement Award, and the National Space Club Science Award, among other awards from NASA, Johnson Space Center, Goddard Space Flight Center, and the European Space Agency. He received the Isaac Asimov Memorial Award in 2002, notably as Kondo and not Kotani, because it was given for his science writing. Kondo was a practitioner and teacher of judo and aikido, with sixth-degree black belts in both. He is survived by his wife, Ursula. 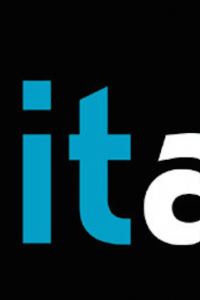