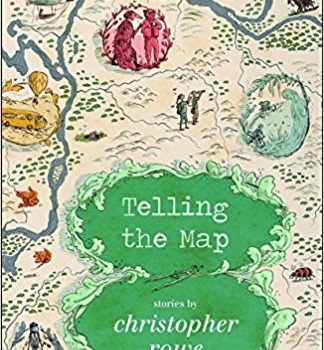 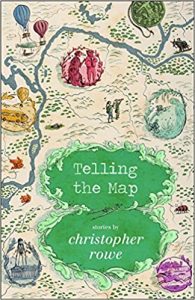 One of the surviving conventions of golden age SF is the notion that any sort of complicated future is likely to be both urban and coastal, but there’s also been a smaller but distinctive tradition of flyover-state futures that imagine the towns and rural areas of the South or Midwest as something more than refuges from apocalypse or hotbeds of feral populism. This is a tradition that stretches from Clifford Simak and R.A. Lafferty to Andy Duncan and even William Gibson a bit (in The Peripheral), and it is no accident that Christopher Rowe dedicates his first story collection Telling the Map to fellow Kentuckians Terry Bisson and Jack Womack. It’s also no accident that Rowe, on the basis of no more than a couple of dozen stories over nearly 20 years (of which 10 are col­lected here), managed to gain a reputation as one of the most distinctive voices to emerge from this period. This is not only because he writes with lyricism and great precision of style, but because of his firm geographical grounding, which is reflected in all the stories here (as well as in his title), but is a key factor in several (“Another Word for Map is Faith”, “The Voluntary State”, “The Border State”). This isn’t the geography of fake world-building, with all those Forbidden Zones and Misty Mountains, but rather the geography of locals who measure distances between towns in hours rather than miles, and who know which bridges you’ll need to cross to get there. It’s also a world in which agriculture and religion are daily behaviors rather than monolithic institutions. As weird as Tennessee gets in Rowe’s most famous story, “The Voluntary State” (and that is very weird) it’s a Tennessee we can map onto the trails and highways that are there now.

“The Voluntary State” and its longer prequel novella “The Border State” (the latter original to this volume), take up well over half of Telling the Map, and together they portray a nanotech-driven non-urban future unlike any other in contemporary SF (although I occasionally picked up resonances with Katherine Ann Goonan’s similarly middle America-centered nanotech series of novels). This is a world in which nervous cars need to be coaxed into repairing themselves (the original story predated the movie Cars, but now it’s hard not to think of it), in which flying telephones chase after you, floating police officers on bicycles descend on “bubble-wings,” and the governor, a vast and apparently malign AI housed in the giant Athena statue in Nashville’s Parthenon (it’s really there) has transformed the entire state into a surrealistic dystopia which has to fight off incursions from neighboring states, especially Kentucky. The opening page alone introduces a storm of disori­enting nova – the setting (even though we’re in Tennessee, the local cliffs plunge into the Gulf of Mexico), the bashful car whose broken window is treated with “glass salve” ointment, the odd communications (“he opened his head and used it to call the police”), the names (the main char­acter is “Soma-With-The-Paintbox-In-Printer’s Alley”). By the time Soma is captured by a group of invading “Crows” from Kentucky, out to as­sassinate Athena, we can sympathize with him when their leader Japheth explains “Things are getting clearer and clearer to you… even if you think things are getting harder and harder to under­stand.” Parallel to Soma’s adventures are those of a mechanic named Jenny-With-Grease-Beneath-Her-Fingernails, who is trying to repair Soma’s car and return it to him, but the plot is clearly secondary to Rowe’s emerging phantasmagoria.

For all the apparent surrealism, though, Rowe’s setting is firmly grounded in post-singularity SF ideas, and the new novella, “The Border State”, provides both a more traditional plot and a reason­able amount of backstory. The twins Michael and Maggie are champion bicycle racers in Kentucky who undertake a grueling tour that also becomes a kind of search for their missing father and a mother supposed killed in a flood 20 years earlier. The elements we recognize from the earlier story, such as those flying feathered phones and rivers polluted by nanotech “programming matter” from artificial intelligences in Tennessee, are more restrained, and the new features range from fairly conventional inventions such as insect-like float­ing camerastats and flying bass boats to the more disturbing notion that a large part of the media audience for the race are “Viewers at Home,” “the attenuated, drip-fed people who made up a sizeable portion of the Commonwealth” and who “existed to consume media, and existed in a mediated state.” While we again meet the Japheth who will later lead that raid into Tennessee in “The Voluntary State”, it’s clear that life outside of Tennessee has its own rather chilling problems.

Of the other stories, “The Contrary Gardener” is the most tightly structured, concerning a skilled gardener with an unusual ability to generate sur­pluses, whose Luddite father inexplicably gives her a precious ticket to the Kentucky Derby, which she has no real interest in, but which entangles her in a nefarious agribusiness scheme to cripple the growing influence of artificial intelligences. This anti-technology Kentucky culture is also central to “Nowhere Fast”, in which a self-described revo­lutionary comes to town in a cobbled-up internal combustion vehicle after most cars have been turned into planters. The tale reveals a bit more about the uneasy relationship between the federal government and the states in Rowe’s future America, but returns to his familiar plot of a wise innocent facing the possibility of radicalization, which is also central to the plural narrator meeting a new stranger in a repressive police state in “Jack of Coins”. The notion of geographical reality literally distorted by belief is both the title and the plot of “Another Word for Map is Faith”, while “The Unveiling” is nearly a parable of revolution couched in a tale involving a statue of a previous governor in another repressive state. It’s the only story set on another planet, and a pretty grim one at that. Religion is another recurring theme for Rowe, and “Gather” may be his most touching character portrait, of a rather simple man confronting questions of faith in yet another brutal environment, while the short short “Two Figures in a Landscape Between Storms” builds another bloody world in a handful of strokes. It comes as something of a relief from all these unsavory settings to real­ize that there’s room for a bit of tall-tale whimsy in Rowe’s endlessly mutable Kentucky; in “The Force Acting on the Displaced Body” – the final story be­fore we get to the Voluntary/Border State duo – we follow a devoted wine drinker who has saved enough corks to build a boat as he sails it down his local creek, into larger and larger rivers, and finally into the Gulf of Mexico and across to Paris. It’s both the slightest and least characteristic piece here, the sort of thing Lafferty might have sketched in an afternoon, but it’s a pleasant digestif after what at times can seem a pretty formidable meal. 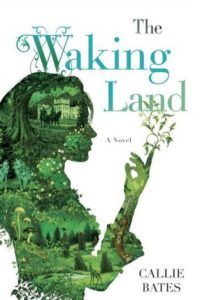 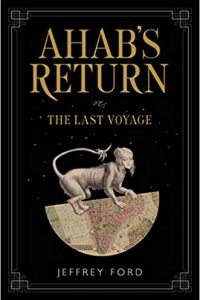 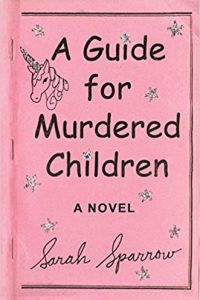