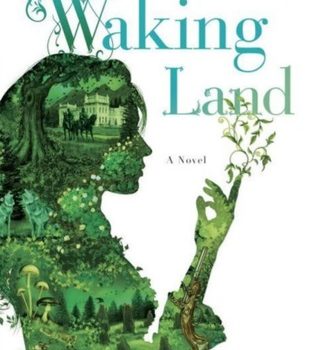 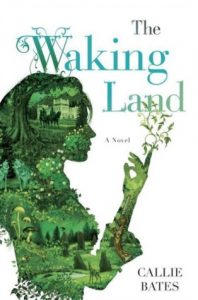 The Waking Land is a fast-paced, mostly present-tense account that expertly immerses us in the early trauma, active mind, and mixed emotions (passion initially suppressed) of Elanna Valtai during the last year of her teens. She was forced from her parents’ side as a five-year-old, when a newly crowned king held a gun to her head and took her into his court as hostage for father’s good behavior, events recalled with both clarity and confusion, in a prologue whose past tense can’t hide the shocking pain.

The setting is a divided country, conquered by an empire that banned and eliminated magic (except for in the wilds of the far north), introduced its own tame gods, then retreated like the contracting Roman Empire. In later centuries, it went through something like Renaissance and Enlightenment as the old armed power became more of a cultural influence in distant backwaters like Eren, the little southern kingdom that kept its ties to empire while northern Caeris vegetated – according to the snooty upper crust in Laon, chief city and seat of the royal court.

Elanna has spent 14 years getting an education and adapting to the south while her parents became vague memories from an unlikely childhood. No longer a hostage, not quite a royal ward, and with few friends among highborn classmates, she doesn’t know what will become of her. On the brink of adulthood, she just hopes to avoid the blandness of ‘‘good marriage,’’ by studying botany with the head of the king’s greenhouse. But her green thumb conceals a deeper secret: lingering powers that would mean a death sentence for witchcraft if they came to light. Still, she longs to know more, so (once a year) she rediscovers magic: rousing a spirit from a ring of standing stones, spurring plants into uncanny growth.

That world is abruptly shattered. Someone poisons the king, Elanna is named his killer, and she must flee with a royal posse on her tail. Most of the novel chronicles a tumultuous chase with strange turns and dubious allies. When a small band of ‘‘her father’s men’’ carries her off on horseback, she can’t decide if it’s a rescue or abduction. Stubbornly unwilling to become somebody else’s idea of a heroine (figurehead for revolution), trying to understand a crazy multitude of things, and emotions raised to fever pitch by desperation, this feisty, gifted teen must try to fill huge gaps in experience and learning – an education in transit, on the fly, amid increasing dangers.

What could magic do, in a land fully awake? She learned the legend as a kid, memorizing lines about one mighty woman who wielded the full force of nature: ‘‘Wildegarde came, bearing a flame in her heart and her hair crowned with the pale light of stars. Where she placed her foot, the earth trembled; when she raised her hand, mountains moved.’’ This countryside must hold faint echoes of such power – yet Elanna senses a sharp reaction, crossing the border into her (mostly forgotten) homeland. Late in the book, she has her own awakening: difficult, strangely joyful – and that’s just the beginning. Though the land emerges from troubled dreams, enemies could destroy everything again.

Faren C. Miller worked full-time for Locus from 1981 to 2000, when she pulled up stakes and moved to Prescott, Arizona (a “mile-high city” not as widely known as that one in Colorado) with the man she subsequently married, Kerry Hanscom. She continues to review SF, fantasy, and horror — enjoying, analyzing, then forgetting all the details on a regular basis — and hopes to keep doing it for many years to come. Author of one fantasy, The Illusionists (Warner 1991), she is working on another which she’s confident will be finished before the next millennium rolls around. 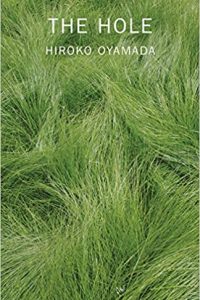