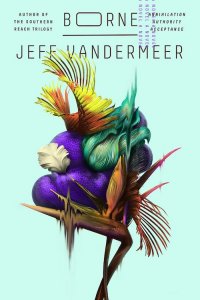 His new novel, “Ka,” is a beautiful, often dreamlike late masterpiece. Narrated by an unnamed man, recently widowed and himself near the end of his life, “Ka” recounts the lives and adventures of a crow that is the embodiment of that immortal Crow — psychopomp, fool and trickster figure — whose legends and fables recur in human cultures over millenniums and throughout the world. The novel expands upon ideas and themes Crowley has examined in nearly all his fiction; it feels at once valedictory and celebratory.

What would happen if women suddenly developed the ability to be stronger than men? How would this shift the gender roles in our society? That’s what Naomi Alderman explores in “The Power,” in which the world is transformed when teen women gain the power of electricity and can electrocute men. The book won the Baileys Women’s Prize for fiction in the U.K.

» NY Times Book Review: Jonathan Lethem on the Cool Disturbances of Anna Kavan’s ‘Ice’ (adapted from his introduction to the Penguin Classics 50th Anniversary reissue of the book, which will be published in November)

Anna Kavan’s “Ice” is a book like the moon is the moon. There’s only one. It’s cold and white, and it stares back, both defiant and impassive, static and frantically on the move, marked by phases, out of reach. It may even seem to be following you. It is a book that hides, and glints, like “the girl” who is at the center of its stark, fable-like tableau of catastrophe, pursuit and repetition-compulsion. The tale might seem simple: a desperate love triangle played out in a world jarred into ecocatastrophe by political and scientific crimes. The narrator, whose resolute search for the girl might appear at first benign or even heroic, nonetheless slowly converges with the personality and motives of the sadistic, controlling “warden,” who is the book’s antagonist and the narrator’s double. Though “Ice” is always lucid and direct, nothing in it is simple, and it gathers to itself the properties of both a labyrinth and a mirror. 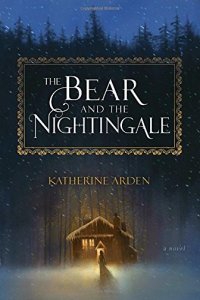 On March 21st, scholars, writers, and editors gathered together in Florida for the 33rd time, to hold the International Conference for the Fantastic in the Arts. This year’s guests of honor were China Miéville, Kelly Link, and Jeffrey J. Cohen. This podcast is a recording of the opening session of the conference. In order, you’ll hear the voices of Jim Casey, IAFA president; Kelly Link; China Miéville, Jeffrey J. Cohen, Veronica