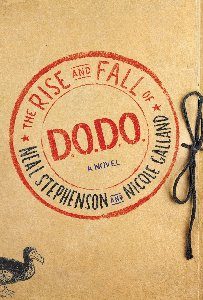 The Rise and Fall of D.O.D.O. by Neal Stephenson & Nicole Galland rose from second place on the hardcover list last month to first place this month, followed by Tad Williams’s The Witchwood Crown. Spoonbenders by Da­ryl Gregory (Knopf) was the first runner-up. There were 55 nominated titles, up from 53 last month. 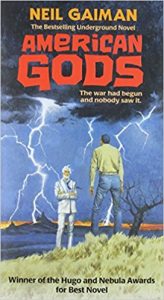 On the paperback list, Neil Gaiman’s American Gods: The Tenth An­niversary Edition firmly held onto first place with a large lead over second place finisher The Name of the Wind by Patrick Rothfuss. Buoyed by the television show, Charlaine Harris’s Midnight Crossroad (Ace), book one in the Midnight, Texas trilogy, was the new runner-up. There were 46 nominated titles, down from 58 last month.

Note: book titles and covers on this page link to IndieBound, a network of independent booksellers, such as those that contribute to this list.
From the October 2017 issue of Locus Magazine 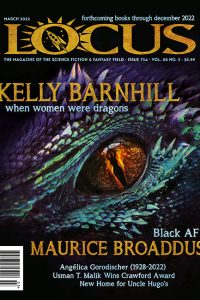 It appears that I’ll be going to Readercon, barring rising Creeks, etc. As I’ve not been before (and am generally rubbish at Cons in general but really want to go to this one because it is about books rather than media (not that there’s anything wrong with media)), anyone have any advice about this Con in particular? I do, for the record, have a handle on public behavior in general;