Jerry Eugene Pournelle was born August 7, 1933 in Shreveport LA. He served in the US Army from 1950-52, and attended the University of Iowa from 1953-54. He earned his bachelor’s at the University of Washington in Seattle in 1955, where he also took a master’s in statistics and systems engineering (1957), a PhD in psychology (1960), and a PhD in political science (1964). He worked in politics and in the aerospace field until becoming a freelance writer in 1970. He remained active in politics for much of his life, and as a member of the Citizens’ Advistory Council on National Space Policy helped shape the Strategic Defense Initiative (AKA Star Wars) policy embraced by president Reagan in the ’80s. He is believed to be the first author to write a published novel on a word processor, in 1977.

Pournelle did a great deal of work in collaboration, most notably with Larry Niven. They wrote Hugo and Nebula Award finalist The Mote in God’s Eye (1974) and The Gripping Hand (1993; as The Moat Around Murcheson’s Eyes in the UK), also in the CoDominium universe. They also wrote Nebula Award finalist Inferno (1976) and sequel Escape from Hell (2009); Hugo nominee Lucifer’s Hammer (1977); Oath of Fealty (1981); Hugo finalist Footfall (1985); and The Burning City (2000) and Burning Tower (2005). With Larry Niven and Steven Barnes he wrote the Heorot series: The Legacy of Heorot (1987) and The Dragons of Heorot (1995). With Niven and Michael Flynn he wrote Prometheus Hall of Fame Award winner Fallen Angels (1991). Pournelle wrote American Book Award finalist Janissaries (1979) alone, and sequels Janissaries: Clan and Crown (1982) and Janissaries 3: Storms of Victory (1987) with Roland J. Green. With Charles Sheffield he wrote Higher Education (1996), launching the Jupiter sequence, though Starswarm (1998) was by Pournelle alone. Niven and Stirling wrote The Children’s Hour (1991), set in Larry Niven’s Known Space universe. Pournelle also wrote solo novel Birth of Fire (1976).

Pournelle’s non-fiction of genre interest includes That Buck Rogers Stuff (1977), A Step Farther Out (1979), Mutual Assured Survival: A Space-Age Solution to Nuclear Annihilation (1984, with Dean Ing), The User’s Guide to Small Computers (1984), and Adventures in Microland (1986). He contributed frequently to computer magazine Byte in the ’70s, ’80s, and ’90s (notably his “Chaos Manor” column), often wrote non-fiction articles for Galaxy and Analog, and published articles on military tactics and war gaming in the ’70s and ’80s. In the ’80s he edited and contributed to survivalist magazine Survive. He maintained a regular column at his website, “View from Chaos Manor”, beginning in 1998. He was director of news site aNewDomain from 2011 until his death.

Pournelle was the first ever winner of the John W. Campbell Award for Best new Writer in 1973. He served as president of SFWA in 1973, and was a longtime judge for the Writers of the Future competition. He won the Forry Award for life achievement from the Los Angeles Science Fantasy Society in 1979; the Robert A. Heinlein Award for inspiring space exploration in 2005; and the Writers and Illustrators of the Future lifetime achievement award in 2006.

Pournelle is survived by wife Roberta Jane Isdell (married 1969) and their five children. 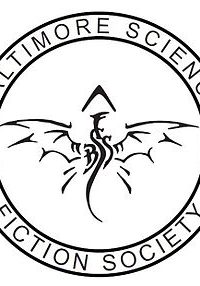